What Makes Your Smart Speaker Smart? 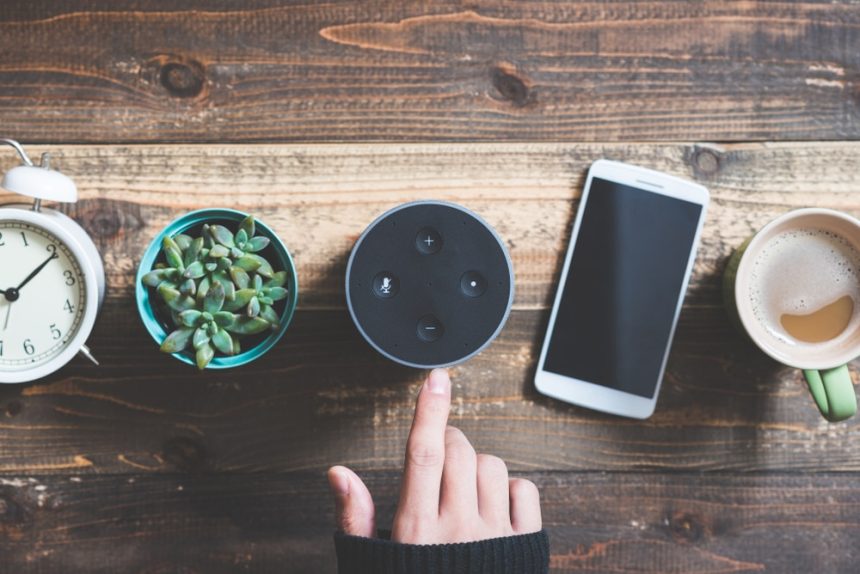 According to 2018 data, 21.9% of Internet users around the world use a smart speaker at least once a month. With voice assistants available with the majority of smartphones, users rely on these devices for performing tasks and answering questions more and more. But what is it exactly that allows them to be smart?

Computers are very good at working with structured data. For example, they are much more apt in terms of speed and processing capacity to extract any duplicates from an Excel document of 10,000 rows than a human is. The task would take a human a good few hours and the final result would most likely contain a few errors, while a computer can perform this type of task very quickly – within seconds – and produce an error-free result.

Grasping the meaning of language

On the other hand, computers are not that great at working with non-standardised, unstructured data. This is because there are no standardised techniques allowing computers to process that sort of irregular data. As it happens, natural language – which is a human language, distinct from any artificially created languages such as programming languages – in both its spoken and written form is highly unstructured.

While humans do not find it particularly challenging to understand play on words, metaphors or read between the lines, machines are not very well-equipped to grasp such subtleties of human expression. To humans, it is obvious that when someone says “The show I saw was mind-blowing”, they do not really mean that their brain exploded after watching a show. With machines, there is a good chance of them interpreting such phrases in a rather literal way.

This is where Natural Language Processing (NLP) comes in. NLP is a subdomain of Artificial Intelligence, sometimes also called computational linguistics, aiming to enable computers to not only understand but also process human languages; in other words, get them closer to the human level understanding of language.

NLP is all about picking out structured data from the otherwise unstructured forms of language expression, gathering it and assessing how much of it is necessary for computers to understand what the human meant to then act upon it. In simple terms, NLP is the study and development of computer systems that can interpret speech and text as humans naturally speak and write it.

It is, therefore, thanks to Natural Language Processing that chatbots, voice-activated devices such as smart speakers, smart assistants like Siri and Cortana as well as predictive word-suggestions exist.

It allows machines to discover patterns that they can then use to produce meaningful responses and adequate actions. For instance, it enables computers to analyse a question asked by a human to understand what data is required, then refer to the relevant source of information to obtain that data and finally, based on that information, tell a human what the weather is going to be the next day.

We can go as far as saying that NLP has completely changed the way humans interact with computers.

We’re currently observing a growing number of Natural Language Processing techniques being applied to corporate areas. NLP is starting to be extensively used in banking, automotive, healthcare, customer service and fraud prevention. Its wide use across different sectors stems from the fact that, thanks to its ability to convert unstructured narratives into structured data, NLP can identify parties, purpose and also perform profiling analysis.

This allows automated voice services, which we encounter every day as we call our bank, our energy supplier, our Internet or TV provider, to redirect calls to relevant teams based on a few responses that the customer gives at the start of the call.

In the context of fraud management, NLP allows analysing patterns of behaviour to identify and flag very subtle anomalies that may imply fraud attempts, so that these cases can be addressed accordingly.

NLP is currently a booming area of study, with dedicated events, publications and communities. Combined with big data, Natural Language Processing is bound to play a key role in obtaining business intelligence from extensive raw business data. As NLP keeps on assisting humans in quickly getting the insights they need to make key decisions, we will see a shift taking place – companies will go from being data-driven to being intelligence-driven.

For individual users, advances in NLP will mean extended possibilities with which they can interact with their voice assistants, chatbots and predictive typing applications, the full extent of which nobody is able to fully predict.

These developments are amplified further by constant improvements in the machine translation area. As announced in August this year, Google Home now allows users to interact with the devices in different languages simultaneously, which means that barriers to adopting those devices are decreasing. Therefore, steadily increasing application of NLP will drive more investment into this field, allowing for its further advancements.