How China Plans to be the Leader in AI

Home » Blog » How China Plans to be the Leader in AI 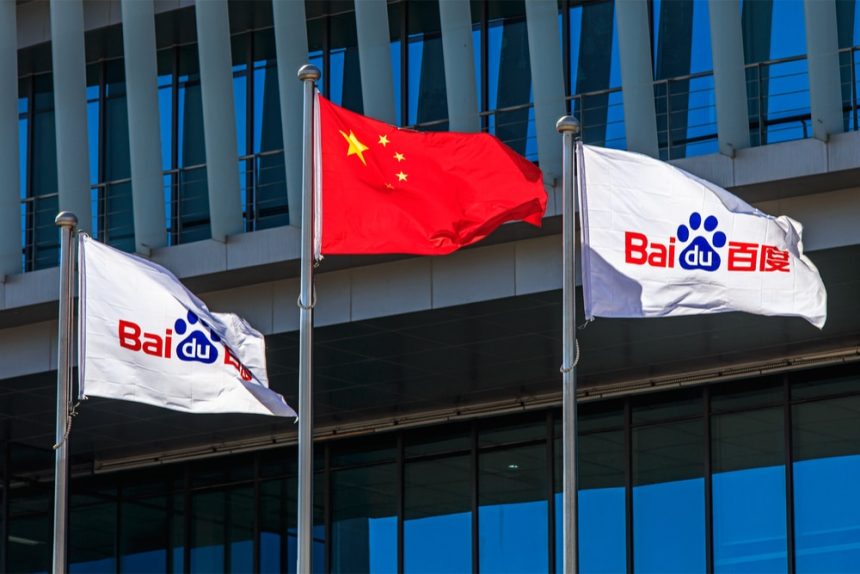 In October 2016, Former President Obama announced that the US no longer leads the world in journal articles for deep learning and released a ‘strategic plan’ for Artificial Intelligence (AI) research – the country that overtook the US was China.

Deep learning – a subdivision of machine learning – has become one of the most fastest-growing areas of AI and involves using virtual neural networks to process massive amounts of data to mimic the human decision-making process to recognise images, sounds and solve problems.

With companies such as Facebook, Google, IBM and Deepmind leading the way in the West, it’s easy to overlook the progress and achievements taking place in China’s abundant technology industry.

When the Association for the Advancement of Artificial Intelligence (AAAI) scheduled its annual conference in late January 2017 in New Orleans, organisers failed to realise that the usually US-dominant conference conflicted with Chinese New Year.

Organisers quickly rescheduled and even relocated the conference to a more accessible city – San Francisco – which led to a strong attendance of Chinese researchers.

It’s a clear indicator that China is gearing up to bridge the gap between technology companies in the West to become pioneers in the field of artificial intelligence itself.

As the leader of early adoption of new technology in the Asia-Pacific and a population of over 1.4 billion, China has a considerable amount of data to analyse to understand patterns in consumption and user behaviour.

Venture capital investment has partly fuelled AI research in large tech companies and startups and government spending research has grown by double digits every year for the past decade. Funding of sciences and technology will also continue to be a priority for the Chinese government as outlined by its Five-Year Plan in 2016

Chief Executive of Innovation Ventures, Kai-Fu Lee, recently invested $100 million in 25 startups in China and the US. The former Microsoft and Google executive also predicts China to be a leader in AI due to its “..great reserve in AI talent, excellent engineering education, and a massive market for AI adoption”.

It’s also been reported that cities and provinces in China have pledged to fund research in robotics and AI if development is conducted in local regions including Xiangtan ($2 billion), Suzhou ($800,000) and Shenzhen ($1 million).

These state- and corporate-based funding initiatives ensure that native Chinese scientists, engineers and researchers won’t fall for the allure of popular Western-based research labs – many of which are considerably less funded compared to large Chinese technology companies such as Baidu and Tencent.

The benefits of the language barrier

While research responsible for most of the fundamental groundwork of AI can be attributed to the US, the quantity of Chinese AI research seems to be increasing dramatically. By seizing on core AI fields such as machine learning and publishing papers on multiple applications, research suggests that 40% of global leading research papers are published by the Chinese.

It goes without saying that China’s vast number of engineering students gives the country a significant advantage in terms of AI development, but as research matures it seems like a unique community is beginning to emerge.

When attending an international AI conference in Barcelona, Andrew Ng, chief scientist at Baidu, recalled witnessing Chinese-language transcripts of the conference the same day circulating online but never found any in English.

As a result, the language barrier created a small but dramatic power shift as Chinese researchers – most of whom also speak English – benefit from access to all English AI research. Conversely, Chinese research is rarely published in English.

Baidu’s roll out of neural network-based machine learning was a remarkable achievement for the Chinese search engine. Its speech recognition was surprisingly so accurate, it transcribed Chinese better than a human. Unfortunately for the Chinese, it was American companies which received more press coverage when Google and Microsoft released their speech recognition software.

China’s isolation in the AI community and the technology sector itself has also given the country significant benefits in terms of research and development, implementing and testing of software, manufacturing and the shipment of goods. This can all be attributed to its competitive ecosystem, consumer loyalty and speed at which it can serve consumers – much quicker than its Western counterparts.

The most popular example is the social media app, WeChat, which has been quick to implement friend discovery, payments, chat, QR codes and eCommerce making the app indispensable to its Chinese users.

With the huge amount of data collected by Tencent, product managers have a holistic view of what its customers want and AI technology already in place to improve WeChat features to meet customer expectations. Tencent has also set up its own AI labs to monitor fashion trends and other patterns of user behaviour to take advantage of the huge amount of data it collects in the messaging app.

AI is possibly one the most sort after must-have technologies for startups and internet giants and is already making impressive headway to improve efficiencies in a wide range of industries including healthcare, retail and banking.

A national engineering lab is scheduled to be set up this year solely for research and development of deep learning technologies. Approved by the National Development and Reform Commission (NDRC), the lab will have no physical presence but exist in the form of a research network – mostly online – consisting of China’s top scientists and engineers.

It’s no surprise that China’s biggest search engine, Baidu, has been commissioned by the NDRC to take charge of leading the lab to work in partnership with China’s elite universities and research institutes.

Focusing on areas including voice recognition, deep learning intellectual property and machine learning-based visual recognition, the overall goal of the lab is to dramatically increase China’s expertise to make a greater strides in the competitive field of Artificial Intelligence – aligning itself with Western tech giants.

The Chinese healthcare sector is poised for disruption due to AI-based technology. According to the World Health Organisation, China has 1.5 physicians per 1000 people compared with figures of 2.8 in the UK and 2.6 in the US.

AI has the potential to allow tech companies to work in partnership with healthcare services to analyse hospital databases, medical images and treatment methods. iCarbonX is one such company aiming to help alleviate the workload of Chinese doctors and provide a better service to patients.

The Shenzhen-based firm’s business model is based on building digital avatars of patients by analysing biomedical data including DNA and saliva. Doctors are then able to create a digital version of a patient which could be used to carry out routine healthcare tests, recommend fitness programmes and even predict future illnesses.

Although in its early stages, iCardonX is currently in the process of collecting enough patient data to develop an industry standard in this very niche market.

Dialect complexities of Chinese natives makes the country a hard market to crack when it comes to voice recognition and translation. Apple’s Siri and Amazon’s Alexa inevitably have limited penetration when faced against iFlytek’s voice assistant – which powers most of the China’s household devices and business software.

Research from the Chinese Academy of Sciences suggests that the Anhui-based IT company – which specialises in voice recognition – surpasses Apple’s Siri in Chinese to English voice recognition and has won multiple competitions in speech synthesis and translation between Chinese and other languages.

With over 400 million users, iFlytek’s recent projects include developing a cloud-based AI system with the ability to translate Chinese into as many as 12 languages including English, German and Uyghur with a 97% accuracy rate.

The company’s success is also attributed to its close relationship to state institutions including local governments, banks and the police to develop data management and analysis platforms based on deep learning, large data sets and high-performance computing.

This also makes it extremely hard for Western technology companies to compete in China, as state-affiliated institutions tend to work with local companies due to security issues.

Chinese technology companies have made enormous breakthroughs within the field of AI and with government investment continuing to fund its research, it looks like China is on the fast track to making a huge impact in this new wave of industrialisation.

While there may not be clear who will with the AI race – if it’s a race at all – but what we do know is that investing in AI is a wise strategy for companies who are interested in long-term growth opportunities.

The Rising Popularity of Headless Development