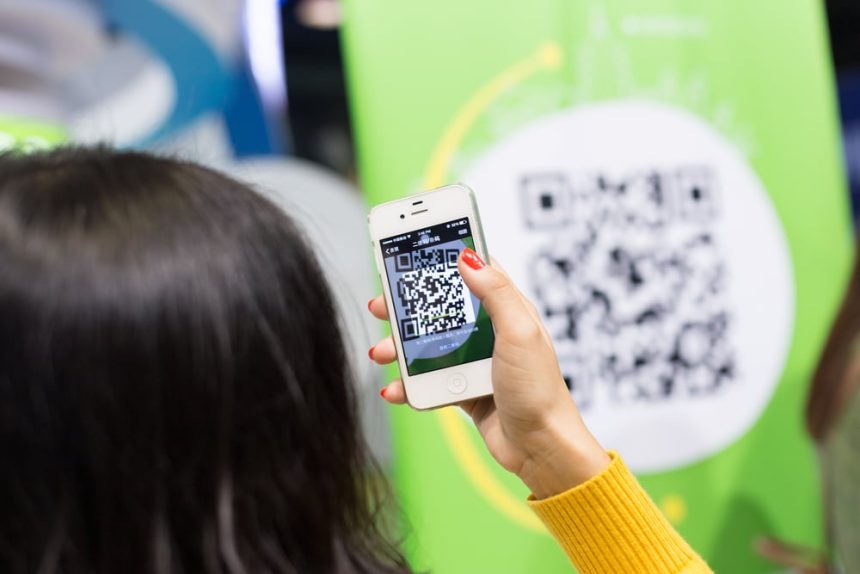 QR codes are considered dead and buried in the UK but they’re alive and well in Asia. First created in Japan in the mid-nineties, QR codes first seemed a great way to connect the offline and online worlds – it’s short for ‘quick response’.

Scan the grid-shaped graphic with a special mobile phone app and you’ll be taken to a web page.

At the start of the decade, the strange little black-and-white grid codes experienced a brief flurry of favour among marketers in the Western world.

You’d see the distinct squares on leaflets, billboards and in magazines and newspapers. But within only a short space of time, marketers reluctantly conceded that the public just wasn’t interested in downloading them.

According to 2012 Nielsen research, fewer than a quarter of US consumers had downloaded barcodes in the previous month. Research also concluded that although 83% of North Americans were aware of Q codes, fewer than half had ever scanned one.

In the UK, comScore found that only 10% of consumers had scanned one.

Admittedly, QR codes have been horribly misused. From sending users to broken or non-existent landing pages, or failing to optimise for mobile, the user journey has been misunderstood and neglected.

The codes have commonly appeared in areas with no WIFI connectivity, such as on the London underground, or in useless places such as on roadside billboards where drivers shoot past at 60mph.

Users have been put off scanning QR codes because what they access by doing so just isn’t worth the process of getting their phone out, navigating to an app and scanning the code.

One telling statistic from comScore is that the number of consumers scanning QR codes remains the same, even as the number of smartphone owners continues to increase.

Despite an initial flurry of interest only a few years ago, QR codes are now rarely seen and used by only a small minority of consumers.

Interest in QR codes may be dwindling in the West but the technology is going strong in China, and increasingly popular in India too.

Their success has been helped by tech giants such as Tencent and Alibaba pushing the concept to consumers, with Alipay (presently China’s most popular online payment method) adopting the tech in 2011.

QR codes technology has been integrated into China’s most popular messaging app, WeChat, both as a means of payment and as a method of quickly adding contacts.

This integration of QR reader software into a commonly used messaging app may partially help explain the widespread use of QR technology in China.

The WeChat app is so widely used already that it doesn’t seem like an arduous process to scan a QR code in the same way downloading a dedicated QR scanner app and navigating to it each time a user sees a code offline.

China’s language may also be partly responsible for QR code popularity. Rendering the complex language into written form is tricky and time-consuming, and Chinese mobile users tend to avoid typing it where possible.

Mobile users will commonly record short voicemail messages rather than type out a written message. QR codes can help them quickly access a brand online rather than having to type out the name in mobile search.

Brands have very limited ability to contact consumers in WeChat – unless that is, they persuade the consumer to follow their account. Brands can use QR codes to encourage people to follow them, after which they can send them more targeted and personalised communications.

It’s very common for brands to entice users to scan their QR code, taking them to the brand’s WeChat account where the user is encouraged to subscribe using promises such as special offers.

Starbucks added over a quarter of a million WeChat followers by adding a QR code to the lid of one of its drinks. Other brands have used QR code technology to prevent counterfeiting.

Users can scan the QR code to find vital product information such as the supply chain history.

It’s being encouraged at governmental level so that users can skip the need for plastic card technology and pay merchants directly.

Until recently, QR payment methods tend to only work within a particular network (Visa users can pay Visa-enabled merchants etc) but the drive is now on to enable so-called ‘inter-operable’ QR payment method, which means these online payments can happen between the different payment systems.

QR technology adoption has also been helped by a recent government crackdown on cash hoarding, which has led to cash shortages and long queues at banks.

These kinds of obstacles to cash use are only going to push users to alternate means of payment – such as QR code payment methods.

It’s looking increasingly likely that the technology is going to be popularised in India in a similar way to China.