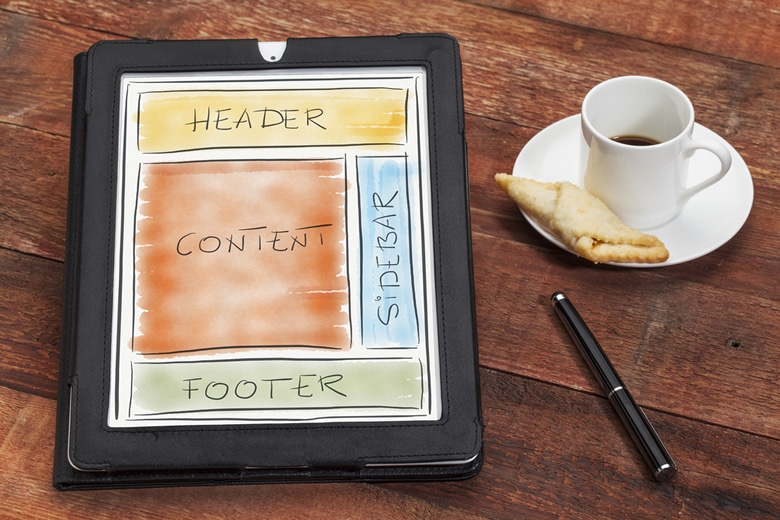 Theories of cultural anthropology may have some real bearing on how different cultures respond to web design.

What are these cultural dimensions and how do they influence your web project? We’ll take a look at how these different dimensions can influence web design and how this cultural theory can help optimise web and user interface design for different cultures.

It seems that cultures with a high power-distance level will produce the kinds of organisations where there are often large differences in salary and status between employees. By contrast, organisations in countries with low power-distance, like Australia, the UK and USA, often exhibit a flatter internal hierarchy and great equality in both salaries and status.

You might like to consider power-distance considerations when thinking about how much your website displays inequality of access to all content areas, for example how much information of relevance to managers is separated from that of non-managers in an intranet, how commonly password-restricted areas are employed to segregate different types of customers, or how often and how prominently authority symbols such as certifications or accreditations are displayed.

A website in a high power-distance country may be expected to use photography featuring senior staff members and industry authority figures, rather than promote junior staff members such as emphasising a strong apprenticeship programme or show participation by staff at all levels in meetings.

The individualism/collectivism dimension examines to what extent a society thinks in terms of ‘I’ or ‘We’? If a culture tends more towards individualism, people in that culture are usually expect to look after themselves or their own intimate family but not those outside this. By contrast people in a collectivist culture usually display more group cohesion groups: people in these cultures have a greater expectation of protection in exchange for their loyalty to it.

Cultures that are more individualistic place greater emphasis on aspects such as personal time and freedom, and value motivators such material rewards. Their society tends to value privacy. Cultures that are collectivist tend to place collective interests over those of the individual, have less expectation of the right to privacy and tend to celebrate harmony and consensus.

This dimension examines a culture’s intrinsic preference for achievement and ‘masculine’ values such as assertiveness and material rewards. Societies with ‘feminine’ qualities tend to place more value on co-operation and quality of life. Unlike masculine cultures, feminine cultures have a greater tendency to collapse age distinctions and overlap traditional gender roles, it is more acceptable for both genders to show qualities such as tenderness.

In a business environment, masculine cultures may value earning and recognition over good relations between employees at all levels of the organisation and elements such as employment security. In a feminine culture the reverse tends to be true.

A more masculine culture may be more geared towards web navigation focussed on exploration and control and mastery of particular tasks. The user’s attention may be caught by competitive elements such as games.

A culture that is more feminine could be expected to be more comfortable with an emphasis on co-operation and give and take.

Different cultures have different levels of tolerance of uncertainty. The value placed on certainty finds expression in cultural elements such as the degree of formality and punctuality in that culture and how much people will tolerate ambiguity.

High-uncertainty avoidance cultures tend to produce organisations with more formal rules which tend to value tactics over strategy and demand longer career commitment of employees. It’s common for these cultures to expect authority figures to be all-knowing experts.

Countries with low tolerance of uncertainty tend to produce organisations that have fewer formal rules and focus on longer term goals more than short-term operations. It’s more acceptable for authority figures to admit a lack of knowledge or profess that there is more than one answer to a question.

Cultures that are intolerant of uncertainty would tend to value simplicity in web design. Users would feel confident faced with a limited set of choices and restricted amounts of data. Websites can instil confidence by showing the implications of an action before it is completed, such as more information on what will happen if a form is filled in or what is beyond a navigational element.

Cultures with lower uncertainty avoidance would be more comfortable with greater complexity of content, unexpected navigational elements such as pop-up windows or ones opening in new tabs, and encourage exploration and rick-taking. Help systems may promote user understanding of underlying concepts rather than helping them complete specific, narrow tasks.

Cultures with a Long-Term Orientation tend to focus on the future. This outlook on the world tends to be associated with being more willing to delay short-term gratification in favour of long-term rewards. Households in these cultures often save more of their earnings and people tend to place value on characteristics such persistence and adaptability.

By contrast, cultures that have a short-term orientation focus more on the present or past. Such cultures value tradition and are more focussed short-term gratification rather than long-term payoffs.

In the workplace, long-term orientated cultures tend to focus on skills and education and on hard work and patience. By contrast, short-term orientated societies value equal relationships and treating others as you would like to be treated yourself. These societies value the pursuit of individual fulfilment, particularly through creativity and self-actualisation.