Home » Blog » The Current State of Mobile Gaming and Advertising 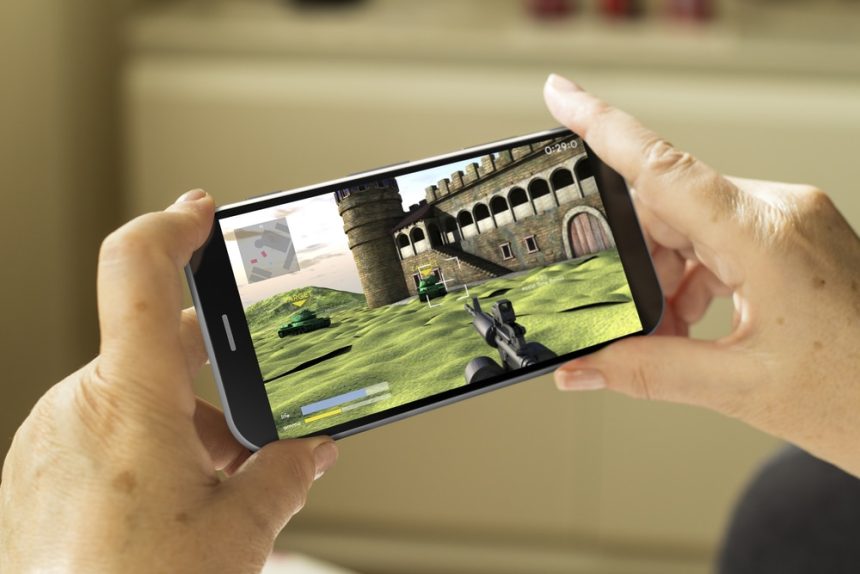 Revenue in the global gaming market reached over $99 billion dollars in 2016, with mobile generating 37% of total revenue. Mobile gaming is set to generate over $52 billion globally by 2019.

Innovations in smartphone technology and the popularity of apps led mobile game developers to recreate the same games as their console counterparts with mixed success.

With the launch of in-app purchases in iOS games in 2009, developers found new ways to generate revenue from players while providing an engaging gaming experience.

By offering freemium games which are essentially free to download, players are able to use the option of in-app purchases to unlock new features and progress further into a game.

Freemium games allow developers to increase the number of installs and have been adopted as the standard revenue model for major mobile game titles.

The recent success of Clash Royal shows that there is still demand for new titles. The real-time multiplayer strategy game is the best selling gaming in the US generating over $2 million in daily revenue from in-app purchases.

Niantic’s Pokémon Go has been a huge hit in the UK and the US with over 100 million downloads in its first month. The location-based augmented reality game which relies on users to be outside to collect digital creatures, was also named as Google Play’s most innovative game of the year.

Larger publishers EA, Activision Blizzard and Take-Two joined the market capitalising on the unique opportunity to develop a range of engaging games capturing the imagination of smartphone users.

China dominates the global mobile gaming industry and games in the region have a global presence. Castle Clash, Clash of Lords 2 and Clash of King are all localised for the Chinese market. However, many of the top grossing games in China are adaptations of popular comic books or novels that have strong Chinese references.

Fantasy Westward Journey 2 takes it origins from a traditional Chinese story, Journey to the West. As one of The Four Great Novels, the classic Chinese story has also been adapted in art, stage plays, films and comic books.

Android is the most popular operating system in China and its censorship rules make it harder for western developers to break into the lucrative Chinese digital market. Local developers and software companies have been able to cultivate a vibrant gaming industry.

There’s also a vast suite of app stores with Baidu and Tencent being key players however it’s known that there currently nearly 200 competing app stores for Android smartphones.

Western software companies are now taking the lead from the wider retail sectors and are either establishing a presence locally or partnering with Chinese companies that have the knowledge and expertise in the local market.

Swedish gaming company, Mojang recently partnered with China-based NetEase and launched its popular Minecraft title to the Chinese market. By allowing NetEast to produce a Chinese version of the popular game, Mojang is able to expand the rest of its portfolio into the market.

Internet use via mobile is at an all time high and many social games that are native in platforms like Facebook have made the transition to mobile. This has allowed marketers and developers to successfully meet the demands of consumer behaviour.

Game of War, Mobile strike and Clash Royal are the top selling mobile games in the US and enable players to compete against other users from around the world in real-time.

Live spectating of gameplay is commonplace on video sharing sites and gaming enthusiasts now take part in streaming while playing their favourite game titles. Platforms such as Twitch and Youtube Gaming have also introduced mobile streaming to incorporate the longer engaged mobile gamer.

Streaming platforms have cultivated a dedicated online community of gamers who not only benefit from gamers expertise but also gain valuable product information before purchasing new releases. Streamers have a mixture of chat customisations to stimulate engagement and add a social layer to the viewing experience.

Streaming platforms could trigger a new way of game development by taking into consideration consumer expectations and social changes.

Brands have benefitted from programmatic ads in mobile games for a number of years. While the trend for freemium games is on the rise, there’s still a market for traditional in-game ads to connect with players without compromising user experience.

In-app purchases are standard practice in free-to-download games and dedicated continuous players drive the most revenue for the most popular titles.

Pokémon Go introduced bonus rewards during Halloween over a number of days to incentivise users. In addition, permanent daily bonuses and rare Pokémon were introduced to encourage users to play during the winter months. This allowed Niantic to maintain user engagement and in-app purchases when spending habits change and outdoor activity is at its lowest.

Interactive ads are a popular compromise for users that are not willing to part with cash. View-to-play ads allow players to view short videos from brands in exchange for bonus content or to participate further in a game without the player having to make an in-app purchase.

Google’s Trial Run Ads offer a 60-second preview of a game by streaming content from the app without downloading to a device. This allows the developer to gain qualified installs from users who enjoy the preview gameplay.

Trial Run Ads also offer click-like attribution which offers the developer insights into user engagement even if the user decides not to purchase the game.

There is still debate on which breakthrough technology will impact the mobile gaming industry in the future. Augmented reality has the potential to enrich the gaming environment by working with third-party brands, adding multiple layers of targeted content. While virtual reality could introduce a wave of new high-spending users through high price-point hardware.

In-app purchases will continue to be the core revenue source and analysing user data will continue to optimise strategies to drive revenue and increase installs. With Nintendo’s successful launch of Super Mario Run and Kabem to soon release a Transformers title, all signs point to another innovative and profitable year for mobile gaming.