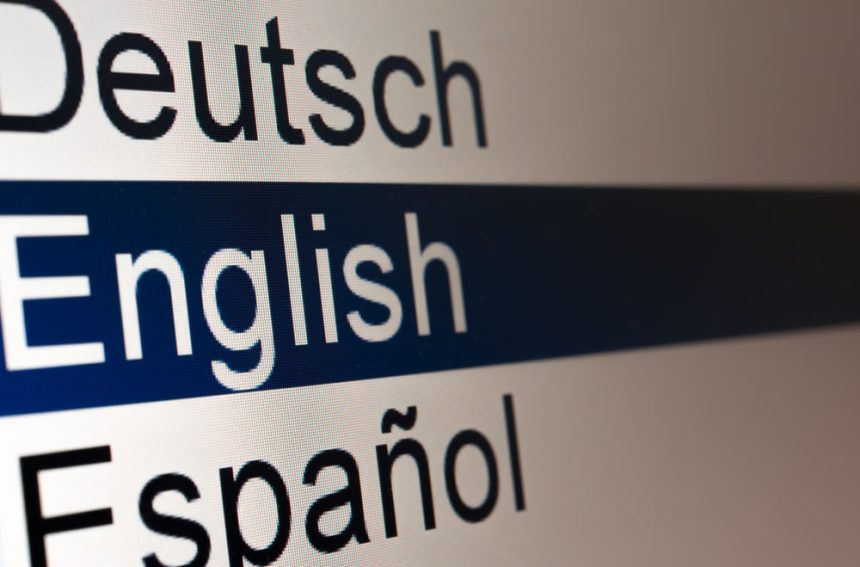 English is the world’s most commonly taught second language; the language that many people around the world aspire to learn. And no wonder. It’s the language of many of the world’s key financial and educational institutions, of science, and of prominent and influential film and music industries.

For a long time, English content dominated the internet and much of the globe was in the thrall of English-speaking powers.

Even though 20% of Earth’s population speak English, that doesn’t mean people favour content in that language. In fact, brands that insist on communicating with their customers only in English may be doing themselves a disservice. There’s strong evidence that customers are far more likely to transact with brands that cater to them in their first language.

We recently discussed a survey conducted by research organization, Common Sense Advisory, who surveyed 10 countries with high economic value online. It found that consumers had a strong preference for consuming content in their own native language.

Consumers across markets such as Brazil, China and Japan found that 75% preferred to buy products in their own mother tongue. Most significantly, 60% rarely or never bought from English-only websites. Consumers were also more likely to spend more time on websites that are in their own language.

These findings correlate with a similar study by the European Commission across 23 European markets. 42% of consumers surveyed stated that they would never purchase a product in anything other than their own native language. That’s despite the fact many Europeans are multilingual.

These findings aren’t just significant for brands from English speaking markets such as the US and UK. Brands that hail from other markets also frequently insist on using English to communicate with other markets.

Food services company Sodexo may be based in France, but the brand uses English as its official language across 80 countries. Japanese car firms Nissan and Toyota, and German electronics giant Siemens, both use English as their main language of business.

That may work for internal organisational purposes, but it’s essential that brands cater to external customers in the customer’s own language.

Reaching out to customers in their own language isn’t as simple as offering a separate language website for each market. Many markets have different language audiences, so it’s a good idea to let users select their own language option rather than deliver one based on their geographical location.

US businesses are increasingly seeing the value in offering Hispanic language options to their domestic audiences because of the rising power and influence of the Hispanic communities.

Research in this market finds that more than 35% of US Hispanics prefer to read content in “all Spanish” or “mostly Spanish”. And Spanish microsites aren’t enough.

Brands that offer fully-translated versions of their main English-language site are shown to have greater engagement, traffic and revenue – that’s according to research by MotionPoint.

With cross-border eCommerce on a strong growth trajectory, it’s valuable to cater to foreign language audiences in markets your brand doesn’t even have a presence in. Doing so could give you a strong competitive advantage.

Forrester predicts that cross-border B2C eCommerce will grow faster than domestic eCommerce, with a compound annual growth rate of 17% in the years to 2022. Brands seeking to outgrowth their competitors would be wise to cater to these audiences in order to take advantage of this stronger rate of growth.

English remains an influential language and ability to speak it seems to be correlated to success. Harvard Business Review identified a correlation between a country’s English language skills and its GDP and income.

Worldwide, candidates with strong English tended to command a significantly higher salary. So there are real, proven benefits to learning the language. As a result, English remains an aspirational language in many markets and learning it is the key to unlocking social and career opportunities.

A survey in Beijing found that 70% of Chinese parents wanted their children to learn English in order to get into better schools.

English-speaking businesses that are keen to target consumers in markets including China, Japan, Mexico, Saudi Arabia, and Brazil need to be aware that English skills in these markets are generally rated as ‘low’. That’s according to the EF English Proficiency Index, an annual assessment of performance in online language tests by candidates all around the world.

In an executive summary of the 2017 survey, EF argued that English was as essential to international communication as it has ever been. Despite this, the study found that few markets showed any significant increase in English speaking ability.

So although your customers may value English, they aren’t getting any better at speaking it. This means they’ll continue to want content in their language of fluency and the onus is on you to reach out to them in it.