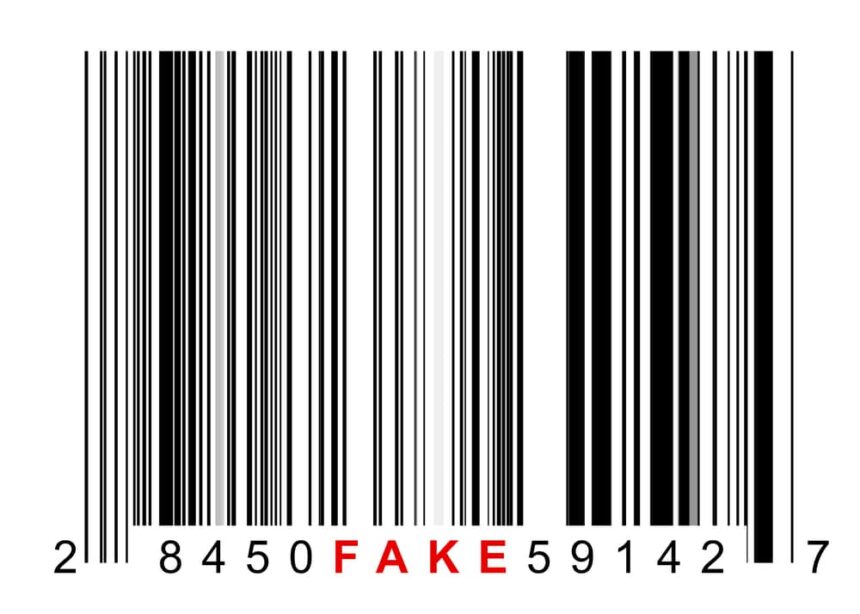 For an entrepreneur without many scruples, counterfeiting is arguably a more attractive prospect than narcotics. It’s more profitable, and there’s less risk of being caught.

Your business partners in the counterfeiting trade are far less likely to kill you than a rival drug cartel, jail sentences are shorter and the fines are usually lower for handbag smugglers than for drug traffickers.

Illicit Trade Monitor, a body that aims to help combat fake goods, claims that some drug cartels are moving into counterfeiting consumer goods as it’s more lucrative than drug trafficking. In fact, one study suggests that the global trade in fake goods could be worth twice that of the illegal drugs trade.

The OECD estimates the global trade in counterfeits to be worth $461 billion, or around 2.5% of global output.

If correct, these figures suggest counterfeiting has been rising in the last few years; a rise The Economist attributes to the increasing share that branded goods make up of the global economy.

Because consumers value branded goods, there’s value to be derived from selling them fake ones. The rise of eCommerce is also a factor in the increase in counterfeiting. It’s much easier to sell and transport fakes online than through offline channels, and that’s why a large proportion of seized goods are now intercepted during postal delivery.

Fashion, particularly the luxury end of the market, is especially vulnerable to counterfeiting.

According to OHIM, counterfeiting is worth around 10% of sales by European brand and fashion brands in countries such as Italy, Spain and the UK are particularly badly affected.

These countries are associated with strong brands and respected manufacturing techniques, making them especially vulnerable to imitation. Fakery is not just an inconvenience for brand owners; it also costs both jobs and tax revenue.

Fashion brands are resorting to increasingly desperate moves to try to clamp down on counterfeiting of their intellectual property. Luxury footwear brand Ferragamo now inserts radio-frequency identification tags into the soles of their shoes in order to distinguish between fake and genuine products.

In a controversial move, luxury brand Gucci recently asked funeral shops in Hong Kong not to sell paper versions of its branded goods for burning at funerals. Burning paper replicas of everything a loved one could want in the afterlife is an enduring tradition in Hong Kong so this has led to criticism from both shops and customers.

Despite global efforts to clamp down on counterfeiting – corruption and local protectionism tend to counteract these measures. There’s no single global framework for tacking the problem and globalisation tends to support the counterfeiters’ business models.

OHIM’s report identifies that manufacturing of fake goods often takes place very close to their genuine equivalents, stating: “Very often the products from the Far East were assembled in the same Chinese factories that worked for the legitimate brands during the day.” With counterfeiters benefiting from access to the same materials, skills and equipment that’s used to manufacture the genuine articles, it’s perhaps inevitable that the fake and real versions of the product should often be hard to distinguish.

The poor quality of these imitations can confuse customers and cause lasting damage to the brands being ripped off.

But many customers don’t really care whether they are buying the genuine article or not. Brands tend to focus their efforts combating plausible fakes that fool customers who wanted to buy the genuine product rather than cheap imitations that fool no one.

Although brands respond by means such as inserting unique serial numbers and using high tech labels that are very hard to copy, not all customers are anxious to get the genuine article if the price is right and the product plausible. Brands may be getting high tech in their efforts to thwart the imitators but a lack of international co-operation and lax enforcement of existing rules is counteracting any efforts they make to reduce the practice.

The issue of counterfeiting is so widespread in the luxury goods and fashion sectors that some people feel it’s almost pointless to try to combat it. Coco Channel dismissed imitations of her iconic tweed suits as good publicity and refused to try to control the fast-moving fashion industry by taking measures against copycats.

It’s also possible to argue that there’s less lost to fakery than brands think. Few consumers who buy a $10 pleather imitation Louis Vuitton handbag from a Hong Kong street stall are likely to have spent $1000 on the real thing if the fake hadn’t been available to them. Some people feel however that consumers aspire to trade up from fake versions to the real thing, and that the presence of imitations are just a signal of how aspirational it is to own the real products.

How to protect your brand

If you’re a fashion brand thinking of using an overseas manufacturer, it’s important to protect yourself from counterfeiters. This is especially true in China, where it’s vital to get the right advice and stay in control of the entire manufacturing process, including all factories and subcontractor manufacturers. Obtain intellectual property rights statements and provide for local injunctions. If the manufacturing contract ends, be sure to get your moulds back from the factory.

If it comes down to a legal battle to assert your rights against counterfeiting in China, it’s important to remember that Chinese law is unique compared to other countries at the same stage of development and local cultural factors need to be taken into consideration when pursuing justice.

It’s best to leave behind Western expectations about what is logical or reasonable when you’re trying to pursue a case through the legal system.

It’s always best to anticipate problems by obtaining legal advice at an early stage in the manufacturing relationship.

If problems do emerge, tackle them quickly and employ a legal team with the appropriate local knowledge and experience. It is possible to arm yourself against the counterfeiting problem and still pursue a worthwhile manufacturing process in China but you do need to keep your wits about you and enter the market well-informed of the risks involved.

The future of counterfeiting

Despite the rise in fakes in recent years, the future of counterfeit clothing could be in doubt. Soon, the process of designing and sewing clothes could be completely automated with the use of software, 3D pricing and robotics.

Adidas, the German sportswear manufacturer, hasn’t produced any products in Germany for more than 20 years. However, they announced yesterday that later this year they may begin the production of shoes made in Germany, completely by robots.

If found to be cost effective, this could mean that the manufacturing of clothes is moved back to Europe and the USA from countries in Asia where labour costs have risen considerably over the last 20 years. And this may lead to a significant reduction in the manufacture and distribution of counterfeit goods.