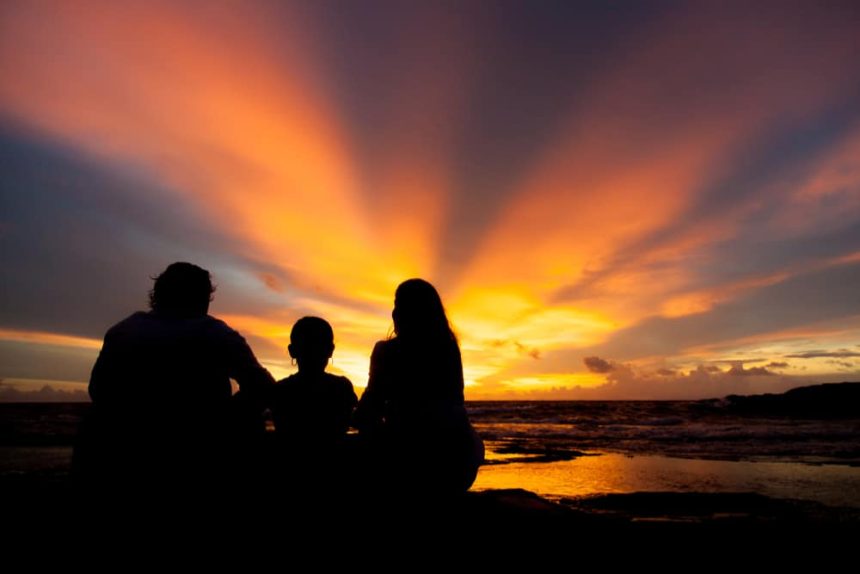 The hypothesis that language innovation seems to stem from women is generally widely accepted by linguists. Teenage girls, in particular, are seen by linguists as enduring language innovators that drive language forward, inventing new language approaches, dreaming up new words and incorporating them into the vernacular.

Women seem to spread their language innovations to their children, which is one of the ways language progresses through the generations.

Based on genetic evidence, it seems that this is a major mechanism of language dispersion through populations and could explain some sizeable language shifts through time.

It’s a theory that seems to be supported by genetics and prehistoric evidence of population shift. Researchers examining patrilineal DNA (that spread only from fathers to sons) found particular sequences on the Y (male) chromosome strongly correlated with linguistic populations.

RELATED: How the Evolution of Language and Diet Are Connected

The spread of early male ancestors seems to have been very influential in defining language groups, as evidenced by the resulting populations. It may also be that a habit of women leaving their own social circles on marriage to associate predominantly with the man’s side of the family may have influenced the language of any children coming out of the relationship.

There are several examples of populations around the world where the presence of particular Y-chromosome DNA sequences is strongly correlated to linguistic dispersion. One particularly robust example is the entry of the Han Chinese population into what is now southern China, which seems to be strongly male-biased.

Many other studies have investigated whether the hypothesis can be evidenced universally. The conclusion seems to be that although father tongue language dispersion certainly seems ubiquitous it is by no means universal.

To put it more scientifically, there are many instances where Y chromosome markers correlate better with linguistically-defined groups than do mitochondrial (from the mother) DNA markers.

Researchers looking at early Europeans found that it only needed a small number of male settlers from a different language group to cause a local shift in language.

When only 10% or 20% of the population in a local area was composed of male settlers who spoke a different language to the larger population, a language switch tended to result through subsequent generations. That seemed to have happened despite the fact that the new language was in the minority.

There could be many explanations for this effect. Men have tended to have greater social and financial power through history, which might explain why their language needs tend to be met at the expense of their female partner’s.

In the example of minority language settler groups, it may well be that these groups were invaders and by nature stronger or better resourced and therefore more able to dominate local populations. This power imbalance might explain why their language was imposed on the local population.

Some of the major waves of settlements of the UK were through colonisation by groups that may have been predominantly male in origin. One theory about the Vikings is that they may have left their lands of origin in Scandinavia because their habit of polygamy led to a shortage of women at home.

It’s also thought likely that they were keen to find slaves from among the native populations they invaded. Contemporary accounts of Viking raids often describe how the invaders were significantly taller than the local population, and it’s thought that at least 2/3 of these arrivals were male.

With this in mind, it’s quite easy to imagine how native populations in the British Isles, some enslaved, had to adapt to the language of the dominant new arrivals.

There are also many exceptions to the father tongue hypothesis; examples where there’s no expected pattern of Y-chromosome sequences through the language population. Hungarian is one such exception.

Although it’s part of the Uralic language family, the Hungarian linguistic group doesn’t share the same Y-chromosome sequence that’s shared across the other members of that language branch. It’s an odd anomaly.

Possibly it’s explained by the fact that the linguistic ancestors of the Hungarian population may not have been the biological ancestors of that language community.

It’s important to remember that the connection between a person’s Y chromosome DNA and the language population they belong to is a historical correlation rather than a causal relationship.

Genetics don’t determine what language we speak – merely our ancestral heritage. The increasing movement of people around the world thanks to improved transport infrastructures and globalisation will likely disrupt any genetic correlations with language group still further.

How Tone of Voice Can Help Fashion Brands Compete

Should You Really Write with Translation in Mind?