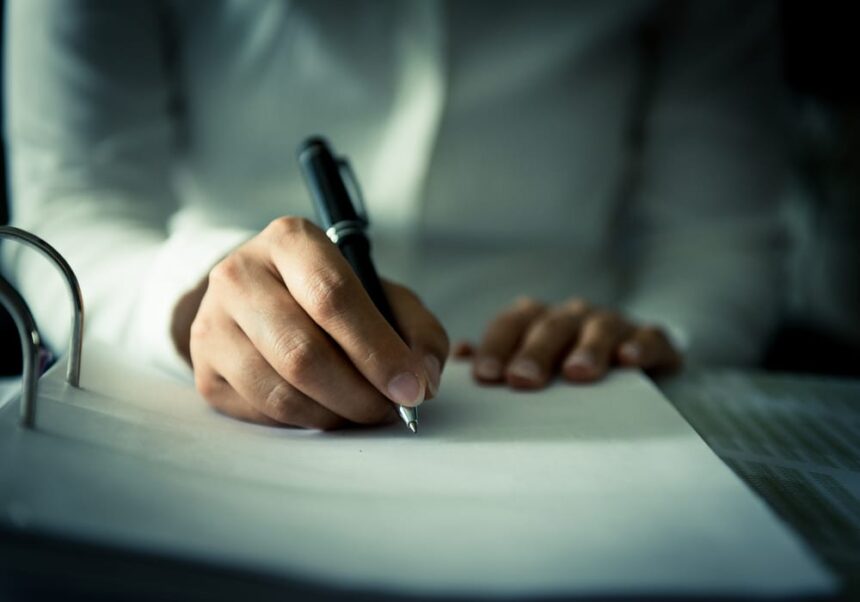 Believe it or not, the way in which we form our letters can often help identify our culture of origin and even our mother tongue.

Although we may achieve a high level of fluency in another language, it’s surprisingly hard to abandon the style of penmanship that we were first taught. Whether it’s the length of our pen strokes or where we place a cross bar, our handwriting retains our cultural identity through all the languages we learn to write in.

The order in which we make strokes when writing letters is just one example of our handwriting ‘accent’.

It’s very common to see people of Chinese, Taiwanese or Japanese origin writing the cross bar of the ‘t’ character first when they write in English. English natives, in fact the majority of users of the Cyrillic alphabet, will write this stroke last. Most will wait until the word is written before returning to add the cross bar on this character because there’s a tendency not to take the pen off the paper between letters.

In fact, this is the way native English speakers are taught at school; using cursive or ‘joined up’ handwriting whereas characters in Asian languages such as Japanese tend to have a lot of short strokes, with the pen regularly taken off the paper when forming characters.

If you look closely, you’ll see the penmanship of a native Japanese speaker tends to be strikingly neat and precise when writing the English alphabet.

You might notice that the top and bottom of the ‘S’ character are very parallel and exact. The cross bar of the ‘t’ character might appear right in the middle of the vertical line, whilst a native writer would be more likely to put it towards the top. Overall the letters appear very balanced, perhaps reflecting the precision required when writing Japanese kanji.

It can also be that we unconsciously shape our handwriting to a form we’re more familiar with.

Older people might also have a preference for using block capitals, rather than the tricky cursive style that’s more alien to non-native speakers. For Arabic and Farsi speakers, there’s a tendency to write letters slanted slightly to the left, so the handwriting appears somewhat italic.

Germany had its own unique writing system, the Sütterlin script, taught in German schools for much of the 20th century. Although it’s less common now, it’s easy to identify an older generation of Germans, who learned this until as late as the 1970’s, by their written script. It’s often fairly illegible to non-Germans (as well as some younger Germans). Although Sütterlin is no longer taught, the German handwriting style is still fairly distinctive.

The curious differences in how we write numbers

You’ll find many differences in the way the numbers are written across cultures. The number 7 can be written very differently by people from different backgrounds, although it does tend to be recognisable to all however it is written.

Traditionally the 7 was written with a serif stroke at the upper left, and the horizontal stroke is written with a curve or wave form. You’ll often still see this serif when it’s written by someone from China or Japan.

Some cultures add a crossbar, which helps distinguish it from the number one. That’s especially common in cultures where the one is written with an upstroke on the top, such as in France. You’ll see the cross bar used when the writer comes from France or other parts of Europe, and it’s also seen in Australian penmanship. Sometimes writers from Taiwan will even use two horizontal crossbars.

The number 9 is also written differently by people from different cultures. Some parts of Europe add a curved hook underneath the character, making it somewhat resemble the letter ‘g’. Elsewhere it tends to be written with a straight vertical line and no hook at the bottom.

In some parts of Asia the number 9 is written with other striking differences: in South Korea the looped part of the number is uniquely located either above the vertical stroke, or even to the right of it (making it resemble the letter ‘p’). To most other parts of the world this makes the number appear as if written backwards.

The proliferation of typing on a computer, as opposed to hand writing on paper, perhaps suggests that the differences between our written characters might begin to die out.

It’s hard to see how cultures can continue to write numbers differently when the forces of globalisation are bringing us increasingly close together.

Just as Germany has now moved away from its unique style of handwriting, it’s likely that handwriting around the world could become increasingly homogenous over time. But these changes take time: new generations of writers are always taught by older generations that retain their cultural identities in their penmanship. The cultural accents evident in our handwriting may continue to persist for some time yet.