How the Travel Industry Can Effectively Serve Middle Eastern Travellers 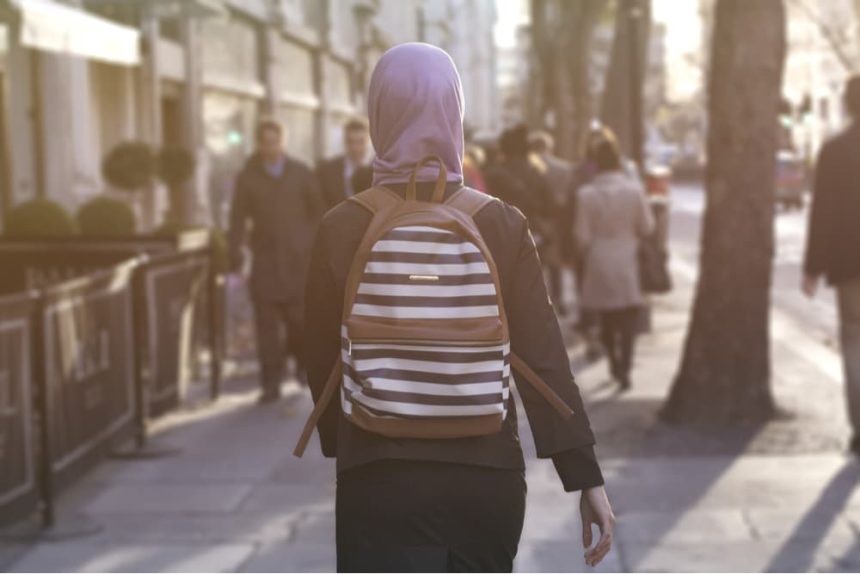 In recent years, a lot of the travel industry’s focus has been on Chinese tourists and catering to their needs as Chinese outbound tourism expands at a great pace. This focus has meant the industry has sometimes overlooked that Middle Eastern travellers are also a rising category of tourists.

These needs might include halal foods, but they might also want destinations that meet other criteria such as their attire and the fact that they may avoid alcohol, pork, nudity and gambling. Muslim travellers may have particular motivations or interests when they travel, which could include Islamic heritage or just family-friendly resorts.

Although travel trends have been disrupted by the pandemic, the influential factors that contributed towards increasing volumes of travellers from a Muslim background are likely to remain fundamentally unchanged.

A growing middle class and rising household disposable incomes in many Islamic majority countries are behind the rise in leisure travel out of these markets. Internationalisation means that increasing numbers of people are travelling for business, and this includes the long-neglected Muslim business traveller.

New generations of Muslims in non-Islamic countries are starting to set their own travel habits that are distinct from previous generations. These combined effects mean we’re likely to see travellers from Islamic cultural backgrounds continuing to influence global travel in the future.

Where do they travel?

A lot of Middle Eastern travellers are coming out of the Gulf Cooperation Council (GCC) countries on the Arabian Peninsula, particularly from Saudi Arabia and the United Arab Emirates.

In general, tourist operators find that GCC travellers tend to be the highest spending tourists and this group of six countries, in particular, generates a lot of outbound tourism. There’s also significant outbound travel from Indonesia, which is neither in the GCC nor on the peninsula.

Tourists often favour neighbouring countries in their global region and there’s a lot of travel within the Middle East and neighbouring regions. Egypt is a popular choice for many from the Gulf and Arabian Peninsula.

A lot of Indonesian Muslims also visit nearby Thailand. Turkey is a popular destination, as well as Malaysia, the United Arab Emirates and Indonesia. Depending on the traveller, there may be at least some level of cultural affinity in these Muslim countries. The non-Islamic countries of Singapore, Thailand and the United Kingdom are also popular choices.

In non-Muslim majority countries, there’s always been a trend for Muslim immigrants making trips back to ancestral homelands to visit family. As immigrant populations mature we’re starting to see second, third and fourth generation Muslim minorities start to turn away from these habits and start making independent trips abroad.

While retaining their Muslim identity they are finding a different motivation for travelling than their parents and grandparents. Their travels may be influenced by different factors too – including contemporaries from various cultural backgrounds and online influencers.

Operators that once catered to their parents may find younger generations are looking for something very different when they plan trips.

There’s a strong seasonal element to outbound travel from some of the world’s hottest countries, such as Middle Eastern travellers from the Arabian peninsula. This is a popular time to escape the scorching heat and decamp for an extended period to a cooler climate. This can mean London or even the relatively cooler temperatures found in Egypt.

Outbound travellers from the UAE have around 30 to 40 days of holiday a year and as a consequence can travel for fairly long periods. The average is 14 nights but a third of trips made out of the UAE are for longer than this.

It’s not uncommon for UAE travellers to take one long international trip each year as well as a couple of shorter ones.

It’s important not to generalise the entire Muslim population in terms of what they want whilst travelling. Even looking at the robust economies of the Gulf Cooperation Council (GCC) countries it’s important to remember that these markets are very culturally diverse, even if they share Arabic as their first language.

The level of social and religious conservatism varies widely even within markets. But travellers are still likely to share some cultural affinities, such as a need for halal food and a preference for gender-segregated facilities.

Research by CrescentRating indicates that halal food is pretty much the minimum requirement for most travellers from a Muslim background. That’s particularly important for operators that offer inclusive holidays such as cruises or resort holidays.

Having facilities to pray and Muslim-friendly washrooms, with somewhere to wash the feet and a water jug or hose next to the toilet, is also high on the list. These things matter to business travellers as well as leisure ones.

Muslims may also follow a different calendar to travellers from other backgrounds and observe different holidays. That’s particularly pertinent during the Ramadan fast. Muslims travelling during Ramadan will also be interested in offerings related to their changing needs during this time, such as Suhoor (pre-dawn) and Iftar (sunset) buffets.

If room service isn’t available through the night they may want to self-cater or feel confident there is food and restaurants available locally during nighttime hours.

Ensuring you’re able to cater to the unique expectations of Muslim travellers during Ramadan will be crucial to success.

They might want to travel overnight to avoid having to do so during the daylight hours when they can’t eat or drink. And they may appreciate being served with the traditional dates as soon as the day’s fast ends. Tour operators also need to offer an itinerary that allows for daily prayer intervals at any time of the year.

Muslim travellers may have particular privacy needs, such as separate spas and swimming facilities for men and women. Resorts that offer segregated beaches may be popular to allow for separate male and female spaces.

In some parts of the world, hotels offer floors that are dedicated to female guests (this is considered discriminatory in some countries), and this is particularly common in Asia.

Security is also a concern. Many parts of the world are Islamophobic, and operators need to be able to reassure Muslim travellers about their safety. In some parts of the Middle East, there’s a culture of domestic workers in middle-class households so many families may book serviced apartments to get the same standard of hospitality as they expect at home.

Muslim travellers may be motivated by a particular set of influences. The Turkish TV drama Ertugrul is popular in many Muslim countries and has encouraged travel to scenic parts of Turkey.

Set in the 13th century, the series is inspired by the birth of the Ottoman empire and has done for some parts of Turkey what Lord of the Rings did for New Zealand. Travellers may be generally interested in parts of the world with Islamic heritage, which is the approach Uzbekistan is taking to try and grow its tourist industry.

Many Muslim majority countries have a relatively young demographic profile and this means a sizeable body of young adults may be thinking about making trips when they have the disposable income to do so. Vloggers, such as South Korean Muslim convert Daud Kim, Muslim travel bloggers and platforms such as Instagram have also been influential on how younger Muslims see parts of the world.

It may be less likely that Middle Eastern women will be travelling alone but as new generations mature and look to travel for themselves we may see a new set of travel behaviours emerge from new generations of Muslim travellers. Tour operators also tend to find that Middle Eastern travellers from GCC may take longer trips than tourists from other locations, spending at least a week or two in their chosen location.

Many kinds of travellers today are increasingly socially aware and share concerns about environmental impact. Middle Eastern travellers are just as likely to have an interest in socially responsible travel, which may also have a faith element.

This means a demand for hotels and resorts that are also eco-friendly as well as halal. Another big trend in global tourism is an interest in having new experiences rather than just a luxurious stay. This means there’s a growing interest among all kinds of travellers, including Muslim ones, in having unique experiences as part of their trip.

Muzbnb is a Muslim-friendly alternative to AirBnB which offers homestays in alcohol-free, halal homes to cater to this interest in having a more personal experience and get to know local people better when travelling.

A few tourist destinations are starting to pay serious attention to Muslim tourism. India and Japan are two major destinations for Muslim travellers. Tourist authorities in India have identified that key Muslim markets of the Gulf Cooperation Council (GCC), including Bahrain, Saudi Arabia and the United Arab Emirates, are with around 4 hours flight of their attractions.

They’ve also noticed that Gulf travellers tend to spend more than travellers from other regions, and often travel for longer periods of time.

India is focusing on offering family packages and apartment accommodation to appeal to visitors from the Gulf. The tourist authorities are emphasising the attraction of shopping, local food that’s also halal, and the availability of tourist attractions. This includes adventure-style experiences such as skydiving.

Gulf travellers tend to be seasonal travellers, so Indian travel breaks emphasise the appeal of escaping to cooler Indian hills during the hottest Gulf months.

Egypt reports that the vast majority of their summer visitors from the Gulf come as families, and tend to be interested not in culture and history but in enjoying shopping malls, aquaparks and cabarets.

They find that the visitors prefer to self-cater, often bringing their own domestic staff with them including drivers and renting big villas so they are independent. There’s often conflict between native Egyptians and these visitors, with tourists complaining of being overcharged by businesses such as taxi drivers. There’s also real irritation at taxation aimed solely at foreigners, which can be huge.

This influx of wealthy Middle Eastern students has also benefited these university locations because families will often visit for long periods, benefitting the local economy.

There are a lot of benefits from meeting the needs of Islamic tourists. As the global tourist trade limps out of pandemic and starts to rebuild, it’s impossible to ignore the significant volume of Muslim tourism that’s coming out of the Middle East and other locations.

The scale and spending of this demographic mean it’s a smart move to try and meet the needs of the Muslim traveller, wherever in the world they come from.

Travel Retail: The Success of the Sixth Continent

Things We Can All Learn from the Travel Industry

How Voice Technology is Going to Revolutionise the Travel Industry

How Travel Brands Can Meet the Cultural Needs of Tourists

Why English is Considered the Language of the Skies