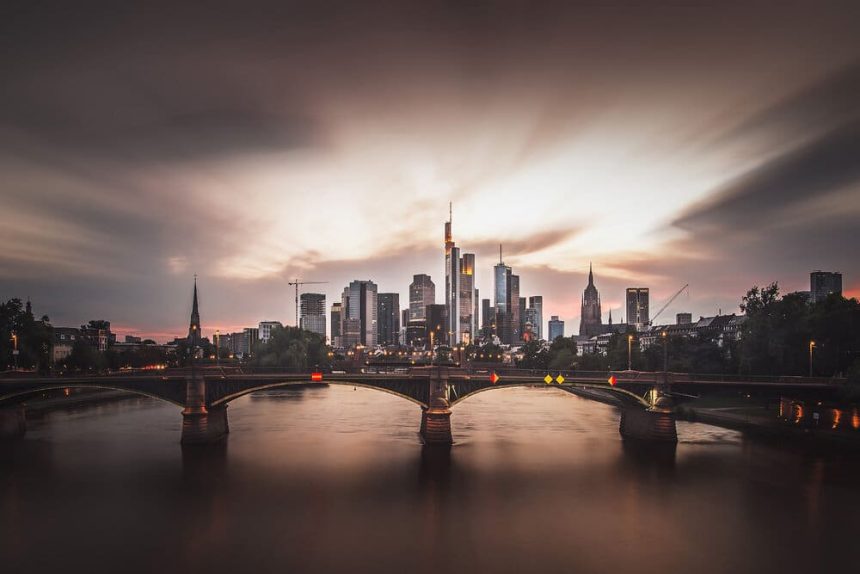 The world is certainly ripe with promise for eCommerce brands looking to expand. But where should they focus attention? There are many markets that are showing good growth in opportunity, so trying to pick the right places to expand globally can be a challenge. So what criteria should you look at when deciding where to go?

The obvious place to start is with the economic indicators that suggest markets are at a good stage of development for eCommerce. Key indicators to look at include the average online spend per person in that market, the total eCommerce revenue of the market and any indicators that project the eCommerce market is expanding. It’s also important to consider which sectors, in particular, are thriving online in the world’s various markets.

When you rank markets by the size of the annual online spend for the average person in them, you can see which markets have an existing eCommerce culture combined with good household disposable income. It’s a good measure of eCommerce market value because it shows where people spend the most money in the online environment.

Unsurprisingly, the markets with the best per capita online spend tend to be among the world’s most developed; according to Statista data, the UK leads with the US not far behind.

Highly developed Asian markets including Japan, China and South Korea also rank highly for per capita online spend. There are also some surprises. Israel’s relatively small number of consumers have one of the world’s highest average online spends. Although Germany is a highly developed consumer market with a strong economy, the average online spend is less than a third of the UK’s, indicating the eCommerce market isn’t quite as developed as the UK’s yet.

There are big disparities even among the top ten markets for online spending. Perhaps the key takeaway is that even though a country may have a well-developed consumer economy, this doesn’t necessarily mean that a lot of this consumption is happening through online channels.

Whilst Israel’s high per capita spend indicates there may be valuable customers there, you also need to consider how many of those customers there are. When you factor in population size, suddenly the market seems less of a draw.

As a rule, larger markets tend to be a better bet than smaller ones even if the smaller ones have larger per capita spend. That’s simply because of the number of consumers. That’s one of the reasons why China’s colossal market is so appealing, despite having a lower per capita spend compared to South Korea or France, simply because of the demographics.

Larger markets tend to be better at mobilising more investment, there are more opportunities and potential for greater profit. There’s also a strong trend of larger economies being better innovators.

That’s why you also need to consider total annual eCommerce spending for a market. Although China has less than half the per capita spend of the UK, it has the world’s largest eCommerce revenue (compared to the UK’s third-largest).

Israel, with its relatively tiny population, doesn’t even feature in the top ten for eCommerce spend, even though individual consumers may be high spending. Neither do the vibrant economies of Singapore and New Zealand.

We also see India ranked as one of the highest in terms of annual spend, even though its per capita spend is fairly modest. The large countries of Brazil and Russia, despite their significant economies, also don’t feature in the top ten for annual eCommerce spending.

Which sectors dominate which markets?

Where’s a good place to open a pizza delivery business? One theory is that you should open one in a town that already has several. It may sound counterintuitive – why not offer something different such as a Chinese noodle bar or a French fine-dining restaurant? The reasoning is that the presence of other pizza establishments indicates that people in that area really like pizza and there’s an existing culture of getting food delivered.

For the same reasons, it’s good to pay attention to where retailers from your sector are doing well online. If consumers in a market are keen to buy clothes online, that indicates there’s an established culture of online clothes shopping and consumers that are accustomed to this type of transaction.

That’s why fashion brands may wish to turn their attention to markets such as China and Britain, where fashion dominates online spend. In China, fashion constitutes nearly 40% of online revenue! It’s also a highly popular category of spend in Canada, Australia and France. 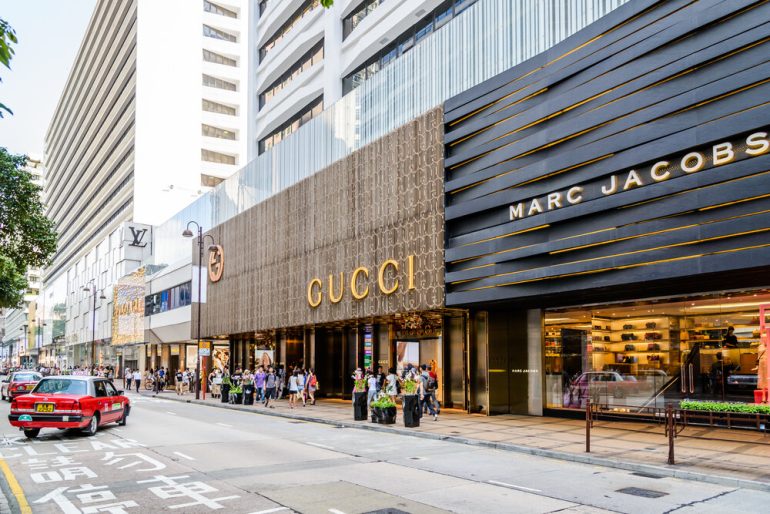 By contrast, in Japan and South Korea, it’s food and personal care items that dominate online spend. Germany is unusual – the only place in the world where electronics and media lead online spend.

Just because a category of goods isn’t as popular online in a particular market, it doesn’t necessarily mean you shouldn’t try to enter it. But it can indicate that the local culture doesn’t support buying that type of product online.

In places where buying food fresh from the local market is an ingrained cultural phenomenon it can be harder to penetrate with a fresh food offering through online sales. But it doesn’t mean it’s impossible – you may just need to try a different approach.

Always be aware that things can change extremely quickly online. The recent pandemic has really boosted online sales, particularly of groceries, in many markets. New marketplaces or shopping apps can launch and very quickly change attitudes to particular types of online shopping.

It’s worth re-evaluating markets on a regular basis to see how local conditions have changed, on a sector-by-sector basis or in terms of eCommerce as a whole. In some emerging markets, growth has been driven very successfully by native platforms that have taken off with local audiences and kicked off growth in specific sectors of eCommerce.

China, the US and the UK may be the world’s biggest eCommerce markets but they may not necessarily have as much growth left in them as some of the world’s more dynamic markets.

There are some markets in the world that may be small now but the pace of their growth of eCommerce activity indicates a lot of promise for the future. It’s well worth considering whether to engage now in the hope of capturing an audience that is likely to expand their spend in the near future.

These promising markets include Mexico, India, the Philippines and Malaysia. These all have sizable populations as well as fast-growing internet adoption and eCommerce activity. Many consumers are driven by an interest in acquiring goods that aren’t easily available locally.

Social media is on the rise in these markets and it’s also a big driver of growth, so that’s something your brand will need to engage with if you want to penetrate these markets. You’ll probably find the best route into these markets really varies – language is just one factor. In many cases, the dominant local marketplace is a significant force driving growth and you may want to explore whether that’s your best route to the consumer.

China is an unusual market in that it’s both the world’s most lucrative and biggest online market but also one of the world’s fastest-growing ones. Despite its immense economic progress in recent years, GDP per capita remains low enough for it to still be considered an emerging market.

One characteristic of emerging markets is they tend to be economically volatile, which is one reason for brands not to focus too heavily on these types of market. This also includes other fast-growing eCommerce markets such as the aforementioned Mexico and India.

There are a number of other key factors that dictate the likelihood of an eCommerce venture being a success. An obvious one is internet penetration – a measure of the percentage of the population that has access to the internet.

When internet penetration rises this is often an ignition factor for eCommerce growth, an example being the expansion of both internet access and eCommerce activity in Russia from about 2010-2016. The same effect was seen in Nigeria at a similar period.

For brands wondering whether to enter a market or not, it’s worth keeping an eye on levels of investment in internet infrastructure. A sudden rise in infrastructure investment usually heralds a rise in eCommerce activity not long after. 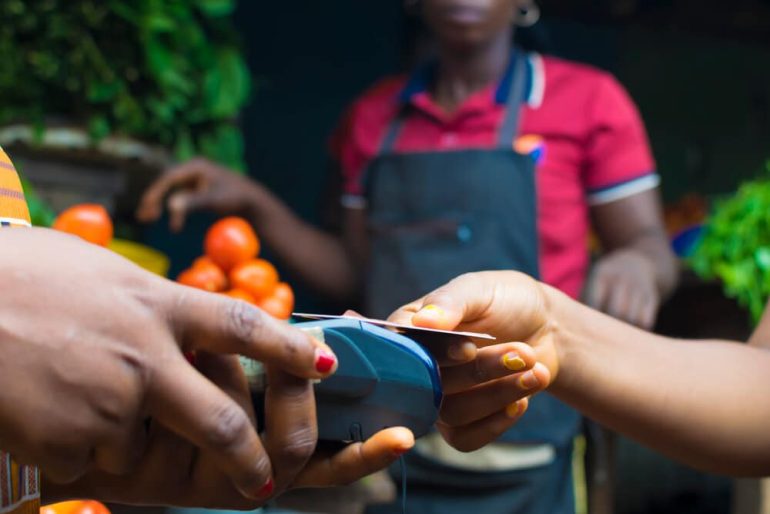 Understanding how consumers pay for goods and services online will be pivotal to how you approach expanding into emerging markets.

Where adoption of formal banking is low, eCommerce growth is constrained by reliance on cash on delivery. Nielsen estimates that 94% of banking penetration is the critical level at which eCommerce can take off.

Worldwide growth in online retail was a striking 20% in the pre-pandemic calm of 2019. Since then, things have been a little weird to say the least. Whilst the pandemic has been economically disruptive, in many markets it has also driven growth in online spend in some categories including medication and groceries.

Harvard Business Review estimates the global economy has contracted around 4% but this hasn’t been universal. The UK’s economy has contracted more severely than others due to its reliance on services and tourism, both of which were impacted by nationwide lockdowns. On the other hand, Vietnam performed relatively well in economic terms thanks to a strong government response to the virus and a resilient manufacturing sector.

Whilst we wait for the dust to settle in the world’s various economies, it’s worth bearing in mind that overall growth in online spending is likely to be upwards in most markets. This doesn’t mean that online growth will be even in all markets or all sectors. It’s still important for brands to be careful where they choose to focus their activity.

Some markets and sectors, in particular, are likely to be volatile. Emerging markets are notoriously economically volatile. Yet with some economies rampaging ahead in terms of online growth, they remain attractive prospects for many brands for eCommerce expansion despite the risks.

With retail eCommerce sales growth of over 30% recently recorded in Mexico, India and the Philippines, it’s easy to see why many brands are choosing to engage with some of the world’s most exciting markets.