Home » Blog » How Your Brand Can Find Success on Tmall 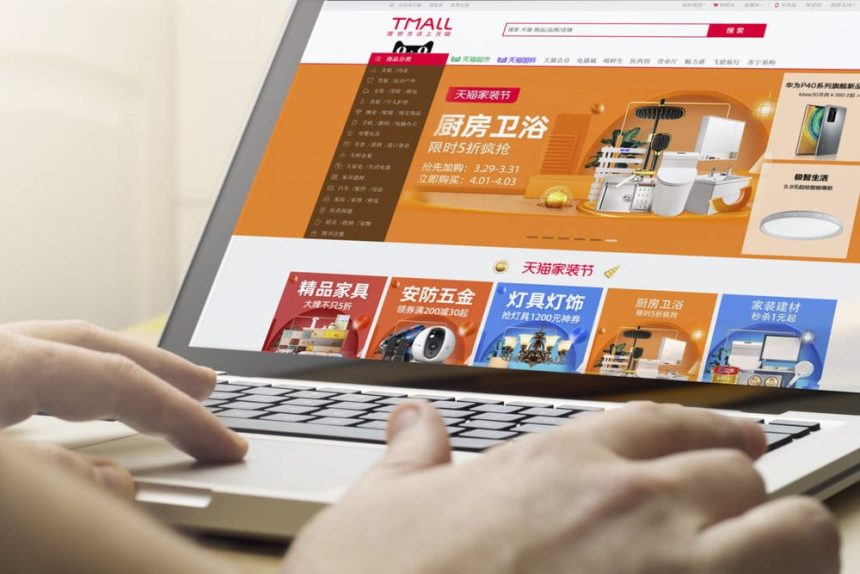 China’s digital commerce environment is characterised above all by change. Things seem to change and grow faster here than anywhere else on earth. Perhaps that’s why so many Western brands struggle to sustain any success they enjoy in this dynamic market.

As the biggest player in Asia’s eCommerce ecosystem, Alibaba understands change more than many players. This massive conglomerate hasn’t gained over 60% market share without adapting to fit the pace of change. To some extent, it has even dictated the direction of that change, in China and throughout the wider Asia region. For example, it’s a world leader in AI technology, and leading the way with innovations such as facial recognition as a payment method. Its huge market share inevitably comes at a cost for other retailers and makes Alibaba the gateway to making sales in that region.

Alibaba’s latest iteration focuses on the next phase of development for its Tmall B2C retail platform. This latest move, dubbed Tmall 2.0, will see greater personalisation for the user and an attempt to integrate the offline and online experiences. More importantly, the e-tail platform has further committed to the merger of eCommerce and entertainment that’s already at such an advanced level in China thanks to the huge popularity of live streaming.

Live streaming is very popular in China right now and for the past three or so years, this channel has had a surprisingly large social and commercial impact. Unlike Western social media ‘influencers’ who tend to monetise their offering by brand endorsements and partnerships as well as the usual platform-based ad options of sites such as YouTube, China’s live streaming is slickly integrated with payment and eCommerce options.

Whilst many of the top influencers in the West broadcast straight out of their bedrooms using basic equipment, China’s live streamers tend to be much more professional. It’s common for them to use proper studios rather than take the more informal ‘bedroom’ approach of vloggers in the UK and US. Much of their income comes from monetary ‘gifts’ sent to them from their followers but they also encourage their followers to shop online by promoting products.

READ MORE: How Live Streaming Is Being Embraced by Luxury Brands

Live streaming in China has been described as “the Shopping Channel on steroids”. Part of the reason for the live streaming phenomenon seems to be young Chinese people in or from rural areas trying to discover more about a more sophisticated consumer lifestyle than is within their immediate sphere.

If that’s your audience, live streaming may be a great way to reach them. A 2018 Toronto university study found that this group spent on average 7.2 hours each week watching live streaming. Contemporary Chinese society has something of a problem of loneliness. With many young people (only children, thanks to the one-child policy) isolated by long working hours, an emphasis on work rather than socialising, and dislocated from their families by a move to urban areas for work, live streaming is something of a replacement for a social group.

Hosts tend to be chummy and offer companionship to this dislocated generation. And for a society where lifestyles have changed very quickly thanks to the rapid economic development the country has experienced, live streaming offers an element of guidance on how to live with this new-found prosperity.

Alibaba is now trying to account for China’s hot new passion for live streaming by offering retailers on the platform the opportunity to integrate this social media phenomenon into their offering. If you’re keen to wade into Tmall’s often-intimidating space and attempt to live stream, it’s really important to recognise the unique cultural environment that you’re penetrating.

It’s really wisest to partner with an existing media personality in your space. For starters, it’s a shortcut to your best audience and it’s also a way to engage with them more easily by using someone who is already immersed in the culture – and probably speaks the language better than you do.

There are a few things brands need to bear in mind if they are ambitious about using Tmall. For starters, it’s important to remember that Tmall really isn’t the same as Amazon and it’s clumsy to make any kind of comparison between the two platforms. Different rules apply here if you’re to make a success in the Chinese eCommerce space.

You’ll want to employ a personalisation strategy in your store on the new version of Tmall. Alibaba provides the infrastructure to do this by essentially offering CRM features, allowing your brand to personalise communications and craft an offering to the consumer based on their gender and purchase history.

You need to adapt the way you market to the Chinese consumer’s preference for gathering information. That means you’ll need to have a strategy in place incorporating key opinion leaders and Wanghong (influencers) and it’s advisable to make use of Tmall’s integration with live streaming facilities so you can showcase your product.

Chinese customers like to do their product research like this – viewing the products in active use in a real-world setting using live streamers that know how to showcase them.

No-one is pretending that making online sales in China is easy. Brands that chance their arm on Tmall 2.0 need an array of skills in their armoury if they’re to succeed with the entertainment-hungry and discerning Chinese consumer. These skills include creativity, a taste for experimentation, and rather a lot of resources to put into making a superb Tmall store that will stand out from the cacophony of noise on the platform.