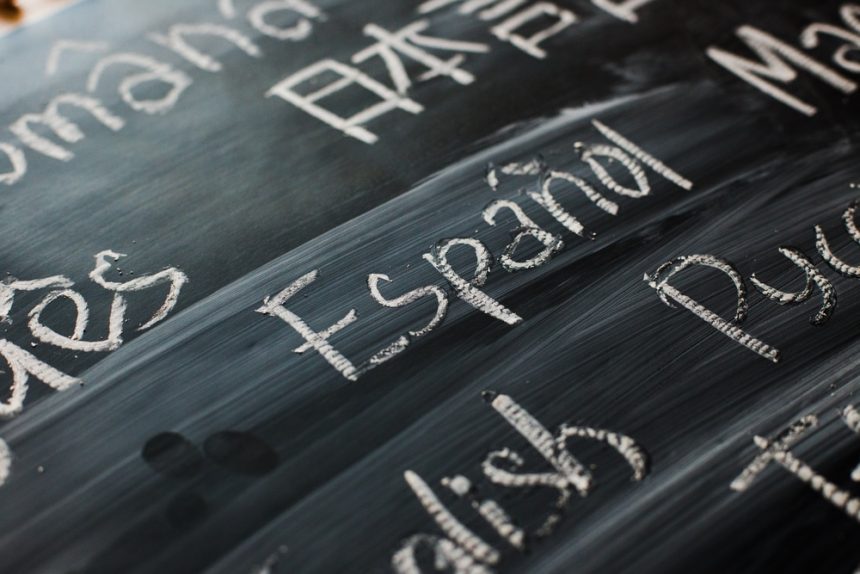 Like it or not, there’s a class system when it comes to languages. Some languages are given higher social status than others, and that enhanced status tends to favour their promotion within that society. In societies that are multilingual, the relative status of a language really impacts on how it thrives over the long term.

Although Spanish is often taught in US schools, there’s plenty of anecdotal evidence of Americans refusing to learn it because they see it as a lower-class language. The aspirational languages are ones such as French or Italian, seen as languages of romance and culture.

It’s also common for immigrant parents to encourage their own children to speak the language of the country of destination and not valuing their own native tongue. As a consequence of this language classism, Spanish language skills don’t last long across immigrant generations to the US.

Eurovision also illustrates how languages aren’t always considered cool, even by their own native speakers. Several participating countries, including Azerbaijan and Denmark, have never entered a song in their own language, whilst others including Georgia and Iceland tend to sing in other languages most years.

English is a language that’s almost universally high-status. It’s fairly unusual for a language to have a worldwide social cachet, but English achieves this across a large number of territories. Generally, a language’s relative status tends to be more regional – but then most languages are fairly regional in their spread.

Take Polish, for instance. In multilingual Netherlands, it’s pretty low down in the pecking order compared to languages such as Dutch and English. Speakers of either Dutch or English won’t be asked to give up those languages, although they may be asked to add another language to their existing cannon. This approach is known by linguists as additive bilingualism.

But a speaker of Arabic, Turkish or Polish will usually be expected to swap their existing language for the higher-status ones of Dutch or English.

It’s an example of subtractive bilingualism – being asked to replace an existing language with a different one that’s considered to be of higher status. When this type of practice is common, languages that are lower in the pecking order tend to struggle to thrive.

It’s common for their speakers to undervalue their own language and such languages often aren’t retained across the generations.

The Netherlands is considered to be cheerfully multi-lingual. However, the language ‘class system’ means that the policy of additive bilingualism only really applies to high-status languages.

And the Netherlands is by no means the only place where this happens. Polish recently became the second largest minority language in the UK, second only to Welsh in terms of the number of speakers.

Simply by virtue of the number of speakers, it’s arguably a significant language in the UK. But there’s very little support for it in mainstream education and speakers are encouraged to switch to English as soon as they can. Meanwhile, languages such as French are given much higher priority in mainstream education despite being spoken by a smaller language minority.

That’s not to say that there aren’t a number of efforts afoot to encourage Polish language education in the UK. Several schools have been set up around the country to cater to children of Polish origin and ensure they don’t lose their parent’s language.

These schools aren’t funded by the UK government – it’s a hedge against Brexit, funded by the Polish government to prevent an influx of children who can’t read and write in their mother tongue.

It’s likely that, without the threat to freedom of movement around the EU, support for the UK’s second minority language would be negligible.

There are attempts, even in language-phobic Britain, to embrace additive bilingualism. Minority languages such as Urdu, Punjabi, and Gujarati, are offered at some schools, although there have been battles to keep them as options at GCSE and A-level.

Offering accredited courses in minority languages is one expression of additive bilingualism and a recognition that languages have value, even if they are lower down the social pecking order. But it’s hard to fight against dominant languages when they are considered of higher status.

Perhaps that’s one of the reasons the UK (and the US) is generally so poor at valuing other languages. The high status of English around the globe reinforces its dominance where English is the native language. Unlike the Netherlands, where a small number of higher status languages share the top spot, English alone dominates in the UK and US.