How Language Provides Insights into Culture 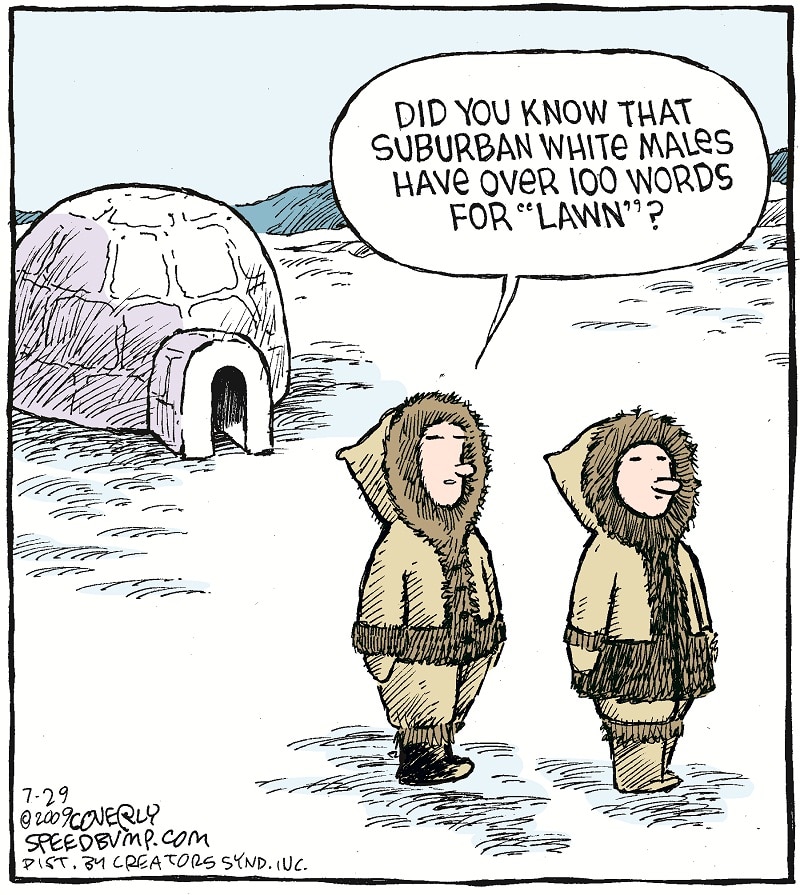 Most linguists agree that language and culture are closely related. Some go as far as to suggest that language is a verbal expression of culture.

It’s thought that language and human culture evolved hand in hand, making for a complex intertwined relationship. Cultural habits are engrained by having the vocabulary with which to express them.

Our thoughts are expressed through language, making it a logical step to assume that this process works the opposite way too, and that our thought processes are affected by the language we use to express ourselves. Understanding a culture is much easier if we understand its language; and vice versa.

Psychologists often hold the view that language plays a big part in revealing how we think.

One study of a hunter-gatherer tribe in Papua New Guinea found the tribe had a very limited colour vocabulary of just five words (English speakers typically recognise 11 basic colours). With practice, tribal members could distinguish between a greater range of colours, implying no impairment in their vision. However, the tribe had two different colour words for what English covers with a single description: green. For a hunter-gather tribe, it was culturally more important to be able to identify different shades of vegetation than recognise a wider range of other colours.

Our language, particularly its vocabulary range, tends to reveal what our culture is fixated on. Mongolian, the language of a society of nomadic herders, has a broad vocabulary when it comes to talking about the animals that society depends on. French has a huge food-related vocabulary; so broad in fact that restaurants outside France often rely on it as there is often no equivalent term in the local language for fricassee (fried meat in white sauce), quenelles (a small quantity of minced fish or meat bound with breadcrumbs and dipped in egg), amuse-bouche, canapé, or terrine.

Other cultures betray their social values through their most common phrases. Japan’s culture of formal politeness, deference and respect is reflected in the long winded language of apology and the linguistic etiquette for social matters such as declining an invitation. Many other languages could decline an invite in one line of writing: in Japanese it would take three.

Like Britain, Japan is an island and shares changeable weather systems. The weather a popular topic of conversation in both cultures and Japanese luxuriates in a wide weather vocabulary, including many words for the types of rain experienced in different seasons. This weather fixation is reflected culturally, with many philosophical metaphors drawing on weather and many haikus written about it. Having a broad vocabulary to draw on helps when you’re dealing with the fragile syllable limit of haiku. Japan has a single word for winter rain (凍雨), which helps conserve those limited haiku syllables.

The collectivist Korean cultural mindset is strongly reflected in Korean language, where you’ll find many more uses of the word ‘our’ than ‘my’. Korean students tend to talk about ‘our school’ rather than ‘my school’, reflecting the way they think.

‘Nosism’ describes a situation where a person refers to themself using the pronoun ‘we’, particularly when expressing an opinion.

When British people use this, it’s known as the ‘royal we’ and most Brits feel obligated to self mock if they use the plural pronoun in this context. Koreans are far less self-conscious about their use of a collective pronoun, and will do unconsciously. This reveals how wide the cultural gulf is between collectivist Korea and individualistic Britain. In the US, an even more individualistic culture than the UK, you’ll rarely see nosism in use.

Korean isn’t the only language where social mores are most revealed through the use of pronouns. Japanese has a large number of pronouns, all reflecting different levels of seniority, familiarity, and relative social status between speakers. What’s more, Japanese keeps the door open to new pronouns. This means that modern speakers of the language unselfconsciously adopt new pronouns to reflect any perceived gaps in the existing library of pronouns. It’s hard to imagine British English doing the same.

The huge range of pronoun options these languages offer reflect how socially careful these cultures are.

In Japan, relative social status tends to define nearly every interaction between people within it. Aspects such as gender and position within an organisation are significant to how the interaction is conducted. In fact, the fiendish uncertainty of which pronoun to use, even for native Japanese speakers, helps explain why many Japanese people will often avoid interactions with strangers and why business cards are so important in this culture.

Learning a new language provides an insight into a different culture and way of life. Cultures and their languages are best understood by learning both together in order to really understand the mindset behind them. Learning a new language is one way to immerse yourself into another culture and really understand a new and sometimes unique worldview.