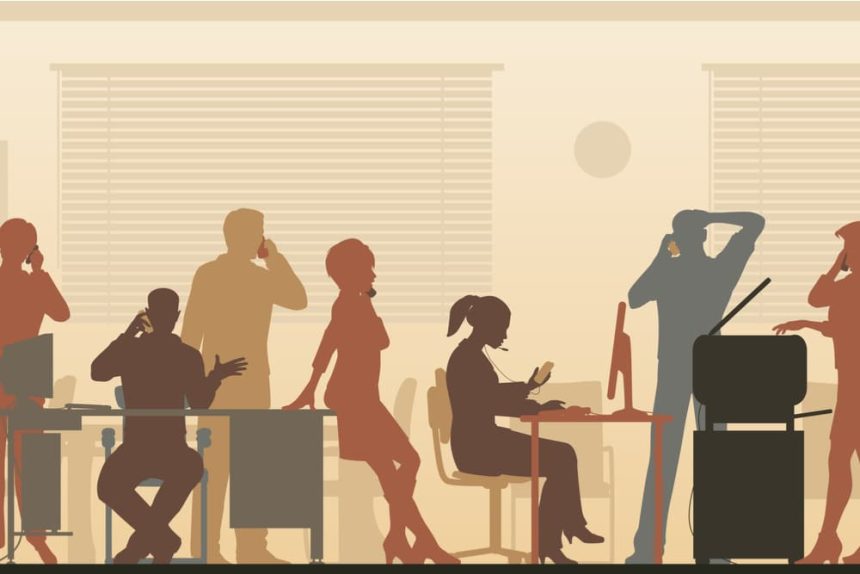 The idea of measuring a company’s culture may seem rather weird to some managers. Culture seems to be too intangible to measure and too subjective to track. Some leaders still don’t grasp the importance of organisational culture in helping achieve corporate goals.

But few would argue that values such as communication, innovation and employee accountability are irrelevant to success. It’s these values that culture-tracking aims to measure and monitor and doing so can help your business understand how it’s performing – as well as how to improve performance in these areas.

Professor Geert Hofstede’s work is generally associated with human culture related to nationality. It’s the standard way to assess workplace culture in relation to the cultural backgrounds of individual employees. But Hofstede also found ways to assess the internal cultures of organisations, measured not against other nationalities but against other organisations.

This analysis forms the basis of attempts to measure company culture and see how well it is contributing to that organisation achieving its strategic goals. Known as the Hofstede Multi-Focus Model, this analysis looks at several dimensions of an organisation’s internal culture in an attempt to help them become more effective at what they do.

One of the key dimensions this model looks at is whether a company tends towards being means-oriented or goal-oriented. Is the company focused on what it achieves or how it achieves those goals? This is the cultural dimension that seems to most relate to the organisation’s effectiveness in achieving its strategic goals.

Hofstede found that companies with means-orientated cultures tend to have employees that are relatively risk-averse and make less effort in their roles.

But this may have the effect of making them less able to achieve strategic goals. Organisations have to find a sweet spot between living their values and working ethically and making sure they remain goal-orientated.

Company culture can also be assessed in terms of whether it is internally or externally driven. Externally-driven work cultures tend to believe that meeting customer requirements is the only objective and focus on achieving results. These work cultures tend to take a less ethical approach than more internally-driven working cultures, where business ethics are given higher priority.

Hofstede also measured companies by how easygoing or strict their work disciplines are. Easygoing organisational cultures favour relaxed team structures, little control from the top and discipline and punctuality are a low priority. By contrast, a strict working culture will see a more serious attitude, with workers that are highly focused on minimising costs and time.

Local working culture may impact on how inclined organisations are towards either dimension and international organisations may find their local operations tend to vary in how strict or easygoing they are as the market’s culture prevails.

Global organisations may also find their various international teams cultivate their own working cultures, which may fit more appropriately with the local social culture. Some societies are particularly focused on identity with your immediate group, which lends itself to what Hofstede calls a ‘local’ working culture.

In local working cultures, the workers tend to take their identity from their immediate team and their superior and there’s social pressure to conform to the group identity.

At the opposite end of this dimension, a ‘professional’ working culture, the worker takes their identity from their profession and the work they do. Professional working cultures tend to take a less short-term approach than local ones.

International organisations are probably particularly interested in the cultural dimension assessing the degree of identification workers feel with their organisation in its totality. Although workers may be loyal to their team and their manager, they may not feel as connected to the wider organisation and its broader goals. It’s a tough aspect of working culture for a multi-national organisation to influence at a local level, but a valuable one for brands to measure.

Hofsted also measures how accessible an organisation is to newcomers. If the culture is open, it is easier for new joiners to penetrate and feel welcome. A closed organisational culture is much less willing to accept new insiders.

Multinationals may find this significant if they are trying to exchange employees between offices; language may also be a factor. Some Japanese firms have found changing their working language to English has helped make their organisation more accessible to talent from overseas.

Some workplaces take a more benevolently patriarchal approach to their employee welfare than others. Workplaces that feel responsible for employee welfare and take into account the personal situation of the worker, are described as employee-oriented.

At the opposite end of the spectrum are organisations that are work-orientated. These organisations don’t feel such responsibility for employee welfare or take their personal issues into account and work takes priority over welfare and well-being.

Although local social culture will influence this dimension, this cultural aspect tends to vary most by sector. The public and third sector tend to be more employee-orientated.

Many organisations are increasingly aware of the significance culture has in helping them achieve their goals – but it’s tough to make lasting changes to internal working culture, particularly when you’re working across many markets.

Hofstede’s analysis is great at helping organisations better understand their internal cultures but offers less help to understand how to change it to better achieve goals.

There are many organisations working to help brands change their internal cultures. The best way to build a strong and effective working culture is to work with one that understands the challenges to building a culture that works across multiple markets.