Why Retailers are Deciding to Exclusively Trade Online

Home » Blog » Why Retailers are Deciding to Exclusively Trade Online 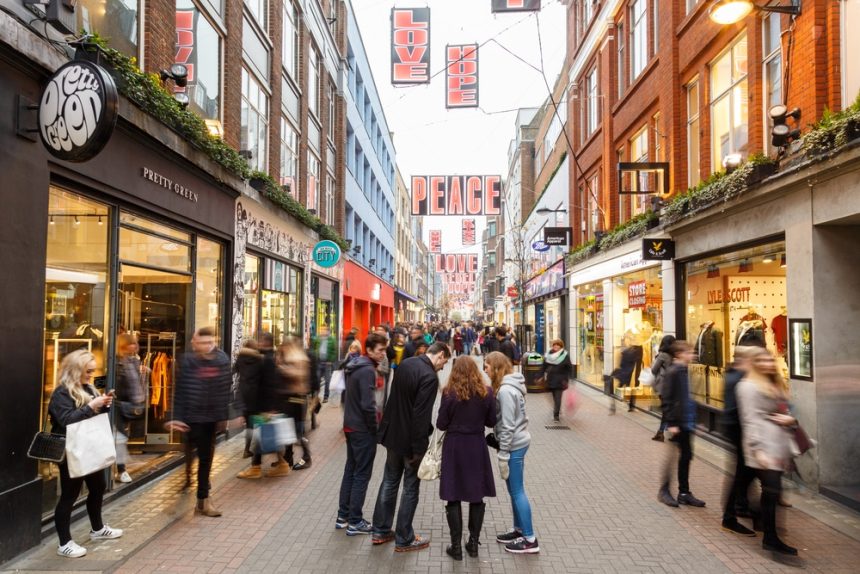 When Banana Republic expanded overseas, it couldn’t have made the move at a worse time. The US clothing brand came to the UK just as the credit crunch hit home and at a time when the high street was overcrowded in the mid-top end of the market and with the internet stealing footfall from physical stores.

Parent company Gap, itself struggling for many of the same reasons, took the decision to cut losses and reduce Banana Republic’s presence in the UK to one that was online-only.

Banana Republic’s move away from bricks-and-mortar was made to cut losses, but other brands have consciously decided not to bother with selling through offline channels.

As retailers in markets including the US and UK weather tough trading conditions on the high street, online-only retailers seem to be performing well compared to their peers with physical stores. Is online-only the future of retail?

Online-only brands such as Shop Direct, ASOS and Ocado have sometimes been described as “born digital”. Unlike the beleaguered Banana Republic brand, which retreated to online-only to survive a period of crisis, these brands have been online-only right from the outset.

And right now these three brands are all looking pretty healthy. Without the burden of physical presence to maintain, they benefit from a higher profit margin than brick-and-mortar rivals.

In 2017 ASOS doubled growth as rivals struggled with market conditions. The brand managed to expand overseas at a speed that’s only feasible if you’re an online-only retailer.

This year, ASOS expects to double the number of foreign language websites it runs. Without the burden of physical stores to manage, ASOS can be nimble enough to adapt to changing market conditions.

When the pound dropped suddenly following the Brexit vote, the brand was able to respond by ramping up its export activities in order to hedge against the currency condition. Lower costs meant it could also reduce prices in order to appeal to new audiences overseas.

Online retail sales are enjoying healthier growth than offline ones. Take Marks and Spencer as an example: the once dominant British retailer now struggling to find its place in the modern retail environment.

Last year online sales for the brand grew at 5.6% (despite a litany of problems with its web presence). The brand’s offline sales performed much more poorly – total group revenue growth of just 2.2% indicates how online sales were much more robust than offline ones.

Bricks-and-mortar retailers are enduring what’s been described as “the retail apocalypse” – the toughest trading conditions many businesses can remember.

Many are still dealing with the aftermath of the credit crunch; saddled with too much debt and too much floor space. Brands such as Toy R Us and Maplin Electronics went into administration in the UK, whilst Mothercare and Debenhams both had to issue profit warnings.

Many retailers now find themselves facing the problem of having too much retail space and too many outlets. It’s a particular problem in the US, but UK brands such as House of Fraser are also actively cutting down on costly store space.

Offline retailers are fortunate to be more nimble and are often able to change scale more easily than their peers with cumbersome physical presence.

Many online-only retailers are consolidating at present. In 2017, 14 out of 24 retailer acquisitions were online-only.

Acquiring another online retailer is a handy way for online brands to increase customer base quickly and penetrate new areas. It’s another example of how they benefit from a higher profit margin and greater flexibility.

It’s far too soon to announce the death of offline retail. A strong majority of customers say they prefer to buy in-store, according to surveys from TimeTrade and Vista Retail Support.

In fact, offline experiences are so important that even the pureplay online retailers often feel the need to open a physical store.

Mattress seller Casper and clothing retailer Everlane, both born-digital, have now opened physical stores. Web giant Amazon has been experimenting with its offline presence since 2015, and it’s made a number of offline acquisitions, including grocery chain, Whole Foods.

The problem is not that offline is a dead channel, rather than the fast pace of retail change means that a cumbersome physical presence can compromise a retailer’s ability to adapt to fast-changing market conditions.

It doesn’t really make sense for brands to have hundreds of expensive stores to maintain at a time when online sales are the fastest-growing. But having a presence in a small number of carefully situated locations can be a way to make the brand more relevant for key audiences and to test new products.

For Amazon, it’s places such as university campuses that are the most obvious strategic locations. By reaching out to the student audience with a generous discount, they’re hoping to get the young audience hooked on the brand for life.

The brand also uses these physical locations as pick-up points to reduce the last-mile delivery costs. This helps reduce delivery costs for goods including books, furnishings and groceries. In areas where there’s a high concentration of Amazon Prime customers, it’s a way for the brand to reduce order fulfilment costs.

The real problem offline retailers face is a strategic one: it’s tough to balance online and offline retail cost-effectively. Ultimately, it’s a strategy that’s the most important element of survival in the retail space.