Home » Blog » The Rising Trend Towards Sharing Apps in China 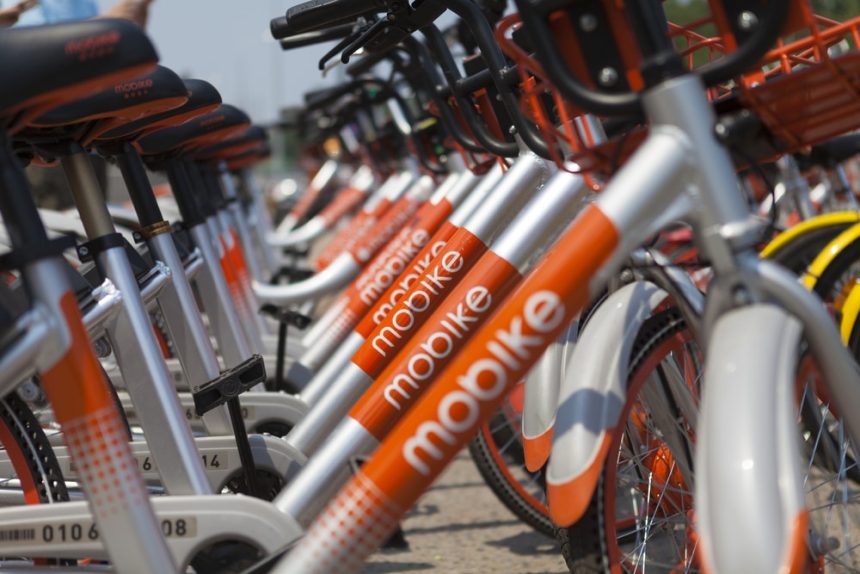 Last year we explored data showing how Chinese consumers seem to be particularly receptive to the sharing economy. According to Nielsen data, 94% of Chinese consumers were willing to share items, compared with fewer than half of North Americans.

This enthusiasm for the idea of sharing possessions with your peers is borne out by a flurry of new sharing apps that let China’s consumers rent any number of items from their peers.

These include digital giants such as ride-sharing platform Didi Chuxing, which has driven Uber out of business in China, and bike sharing apps such as Mobike and Ofo. The shared ownership model is also being applied to far more trivial concerns, such as borrowing a basketball or an umbrella.

The business has diversified and now offers not only taxi and private car-hailing services but also social ride-sharing, car rental and an internet bus booking service.

The sharing economy is being enthusiastically applied to solve China’s transportation challenges. Bike rental has hugely taken off, with around 30 or more newly-founded companies fighting for supremacy.

At present, the government is supportive and some startups have raised big sums of venture capital. But a lot about this model fails to make sense. Competition is driving margins down to the point where business is practically unviable, consumer negligence is a continuous challenge for owners and one that threatens to destroy the whole system.

Customers can leave bikes anywhere, meaning bike clutter has become an urban annoyance. It’s hard to see how viable the business model is in the long term.

At the smaller end of the sharing economy, consumers in some cities can also use sharing apps to borrow an umbrella, basketball, or even a phone charger. Two companies are trying to keep China’s commuters dry by offering rental umbrellas.

But these micro-lending businesses are widely mocked in China: by the time you’ve paid the deposit you may as well just buy an umbrella.

The real winner may be Zhao Shuping, the inventor and patent holder of the coded lock umbrella that’s seeing interest from entrepreneurs who want to start umbrella sharing ventures in other markets.

Is this a bubble?

It’s hard to see some of these more trivial sharing apps as anything more than a fad. Many of the business models are at best low-profit and at worst, extremely badly thought out. Many sharing schemes offer no incentive to treat the borrowed item with care; low-cost items for rent require a high deposit sum.

Some of the startups in this market face significant challenges on the horizon – it’s hard to see how the phone charge rental companies will fare once battery technology increases phone life significantly.

One consequence of the enthusiasm for sharing is that manufacturers may start to feel the pinch. The advantage of sharing items with peers is that fewer items need to be made and purchased because they are used more efficiently.

Rather than having a car sitting unused in the driveway for 95% of its life, it’s being used by other people when the owner doesn’t need it. But this impacts on manufacturers who may see fewer car sales.

Of course, the sharing model seems a much more sustainable way for the world to operate – getting maximum use for minimal production. The explosion of sharing options in China at present may mean that manufacturers experience something of a demand shock in the medium term.

In the short-term, however, industries such as bike manufacturing have seen a small boom as the new consumption model raises demand as new startups stock up on bikes.

China has recognised that the sharing model could solve many of its challenges, both trivial ones and the more major issues. But it’s hard to see how some of these sharing concepts can remain viable in the long term.

It seems that the market is experiencing a bubble, something that often happens when people get overexcited about a new idea or technology. Although the present sharing economy may be over inflated, once the bubble burst there’s still reason to have confidence in the long-term future of the business model.

It’s expected that China’s economic growth will slow in the long term, and many cities are facing high housing costs.

Many urban dwellers already have very small living spaces but the state of consumer sophistication means they still have expectations for the goods they want to use.

These include washing machines, bicycles, evening wear – all things they the sharing model can and has been applied to. The combined factors of small living spaces, high-density urban living, and consumer expectations may support the sharing economy well into the future.