The Role of Wearable Technology in the Workplace

Home » Blog » The Role of Wearable Technology in the Workplace 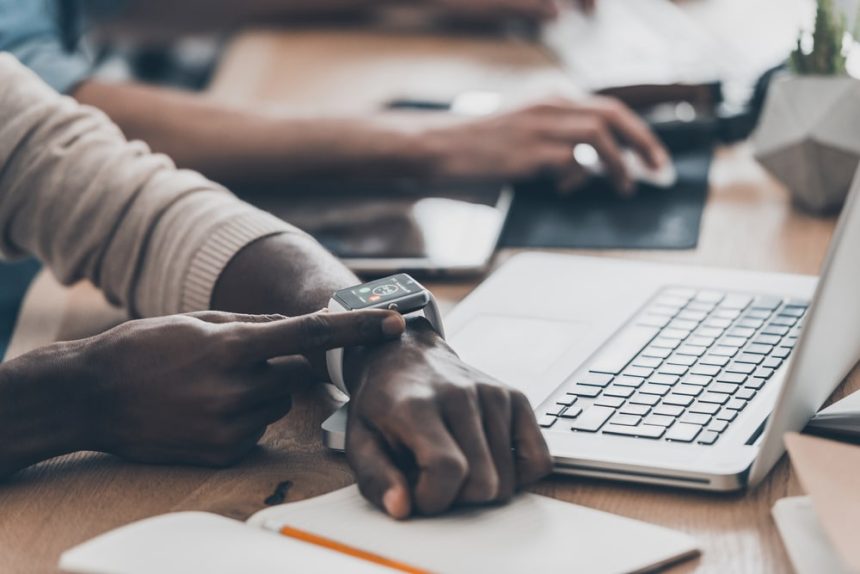 Already in daily use by many people to manage their personal health, sleep, fitness and productivity, introducing wearables into our workplaces seems the next logical step as we increasingly incorporate technology into our lives.

Research in 2014 found that technology such as motion monitors increased individual productivity by 8.5%, and provided a small boost to job satisfaction. Many employers are drawn to the idea of having increased data about how their workforce operates, with a view to improving efficiencies.

Although some employees are open to the idea of their body data being tracked by their employer, these new technical possibilities raise important issues in the employment relationship.

If employees hand this intimate data over to their employers, how vulnerable do they become?

On the communication front, hospital medics have been carrying pagers for years. But we’re now using a whole new generation of wearables that make data available to individuals and employers across a much wider range of industries, creating data that can be shared and transferred electronically.

This introduces a range of issues around privacy and security and a whole lot of questions about where boundaries should be drawn between employers and their employees.

This next generation of devices extends the existing practice of using wearable tech to promote worker safety. The Kinetic offers to tackle one of the biggest causes of absenteeism – back pain – by providing workers with a belt that senses whether they are lifting items safely or not.

Organisations can use this data to train workers to lift properly, incentivise good practice and reduce working time lost to back problems.

Some workplaces are already experimenting with the new generation of wearable tech. Major companies including Qualcomm have incentivised employees to make healthier lifestyle choices with the hope of reducing health care costs.

In countries such as the US where companies pay for employee healthcare, there are incentives for all players. The insurance companies potentially reduce their payouts if claims are reduced, employer insurance costs are lower, and the employee is incentivised to manage their own health better.

A 2015 study found that around a quarter of companies were using wearable tech to manage security better, giving the wearer access to secure areas and also monitoring who was accessing those areas at what time.

Around 20% of companies using the devices said they used them to improve the employees time management, such as by altering schedules, and a similar number were using the tech for better employee communication.
Smartwatches have the advantage that they help employers communicate with employees but are less distracting than smartphones.

Companies have the choice of providing wearables to their employees or letting them opt to use their own devices.

It should also be possible to customise incentives and goals based on the individual employee’s health, such as whether they have existing mobility issues that would prevent them from reaching the same activity level as a more mobile colleague.

One possible application for wearable tech in the workplace is to track an employee’s health and well-being. It’s recently been identified that working in a high heat environment increases the risk of suffering a heart attack, meaning firefighters are at particular risk.

Wearable tech devices could help monitor the temperatures workers are being exposed to, but also to assist with mitigation measures such as staying hydrated. It seems an obvious way to help overcome workplace hazards and increase worker health.

But there’s a risk that some employers could abuse data that’s shared with them. There’s been some debate over whether it’s legal for employers to limit workers’ bathroom usage over the working day.

Wearable tech devices offer further opportunity for employers to dictate how employees manage themselves in the workplace, including how often they stand, sit, eat, drink or use the bathroom.

Research by PwC suggests that most people are resistant to receiving wearable tech from their employers that would require them to share their health data with their employer. Lack of trust is the main reason for this resistance.

Although people are generally receptive to the notion of their employers playing an active role in their well-being, they are reluctant to share their body data with their employer. 38% say they don’t trust their employer to use the data they collect to benefit the employee.

Of those who didn’t trust the employer, a small number could be persuaded to share their data with their employer in exchange for a benefit such as higher pay.

By contrast, 70% of over 55’s rejected the idea of having any kind of implant to help them manage their lives. By 2020, when Millennials make up 75% of the workforce in the US, the majority of the workforce are likely to be receptive to the idea.

Wearable tech could herald a whole new era of employer-employee relations, one that continues the struggle for workplace rights and freedoms in whole new ways.

There’s much room for abuse of the new technology – but potentially benefits for both sides too. Working out an equitable division of the benefits may turn into an ongoing battle between worker and employer.