Is Social Media Replacing the Need for TV News? 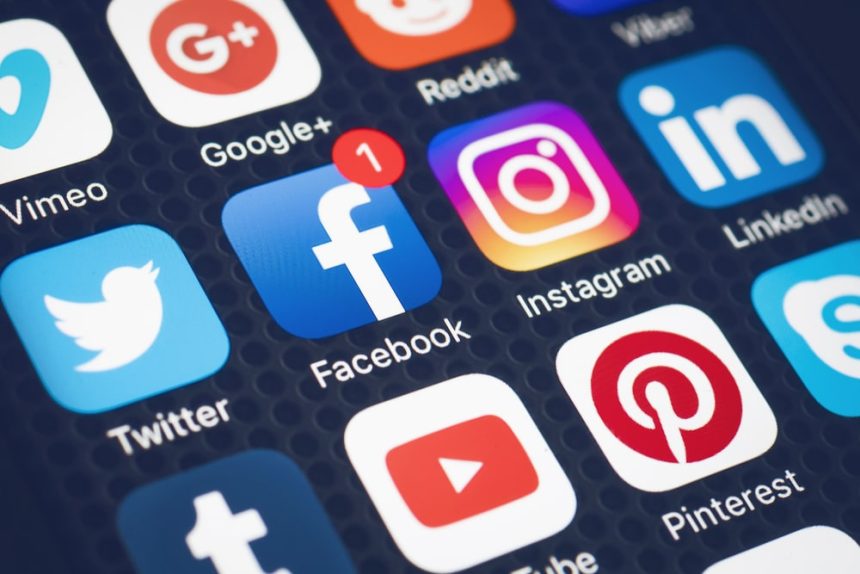 Technology has played a pivotal role in the evolution of the news and media industry in the last 20 years. Digital ads dominate the advertising marketplace, traditional newspaper and magazine circulations have dwindled and TV news broadcasters can no longer rely on the large audiences they used to reach in the past.

Print media publications including The Guardian, Daily Mail and The Washington Post have proactively adapted their business models to retain market share in the wake of digital newcomers such as The Huffington Post and BuzzFeed.

But growth in social media and an endless stream of online news platforms – fuelled by a profitable online ad market – has cultivated a digital landscape providing users with more convenient ways to access news than ever before.

Like print media, TV news seems to be facing a similar fate in a mobile-first world where mobile traffic is constantly increasing in comparison to desktop. Researchers at the Reuters Institute for the Study of Journalism have estimated that TV news consumption rates are decreasing more quickly than newspaper readership.

The key trend underpinning this decline is the difference between generational viewership and their relationship with media consumption. Television viewing figures in the US and UK have declined on average by 3-4% since 2012. In particular, younger viewers make up a considerable amount of this decrease.

In 2014, TV news consumption throughout that year fell to 108 hours for all adults in the UK, however, that number dramatically declined to just 25 hours for people aged 16-24. What’s interesting is that the figures for young people have constantly been in decline since 2010, while figures for TV news viewers over 55 were relatively stable.

It’s also been reported that the same pattern has been seen across the world including France, Germany and the US. For example, in 2015 the average age of Fox News viewers in the US was 67, MSNBC, 63 and CNN, 61.9.

It seems the relationship individuals have with their smartphones could also play a role in why social media platforms are so successful in engaging a news-seeking audience.

The internet and social media may have planted the seeds for fake news to flourish, but the catalyst for the underlying mistrust for individuals is described to be deep-rooted in ‘political polarisation and perceived mainstream bias’ according to the report which annually surveys over 50,000 people across 26 countries.

Despite this, mobile continues to be the main driver for news access – even surpassing desktop – as smartphones continue to be our go-to device wherever we are during the day.

In fact, some of the most popular locations individuals consume news on their smartphones are the most obvious – in bed, in the bathroom or on public transport. It’s also during these idle times where social media is frequently consumed too.

What social media has to offer

A recent study from Pew Research Centre found that news consumption from social media increased every year from 2013 in the US. A staggering 72% of Twitter users said they were getting news from the social network in 2017 – that’s an increase of 22% since 2013.

Dubbed as a ‘microblogging’ site when the platform first launched in 2006, Twitter has now evolved into an online news and social networking service where sharing news stories as well as – status updates – has become a core feature of the Twitter ecosystem.

Its this type of social media evolution coupled with the ‘Like and Share’ culture which has led to traditional news outlets including the BBC, The Guardian and CNN posting content on both their native sites and social media accounts simultaneously.

While not necessarily know as a source for news, YouTube is now a huge platform containing a wealth of high-quality video content consisting of ‘how-to’ beauty tutorials, comedy channels and technology review shows with millions of subscribers – some of whom are reported to earn millions of dollar a year.

After Google’s acquisition of the video-sharing site in 2006, the internet giant integrated its advertising business model to enable brands to serve ads to millions of viewers, providing content creators with a revenue stream and expanding Google’s online advertising market share.

In an age of news scepticism and a lack of faith in legacy news broadcasters, young audiences are increasingly turning to more relatable personalities who produce opinion-based pop culture or current affairs content – many of whom are of a similar age and have a wealth of experience in a particular industry.

Individual opinion-based news channels such as The Philip DeFranco Show, are some of the most popular on YouTube. Content ranging from politics and current affairs to music and entertainment are typically presented and edited in a fast-paced vlog format using jump cuts throughout – a popular format for many channels.

While there’s little evidence of investigative journalism involved – most seem to be reactions to current events seen in traditional media outlets – it’s the direct, unbiased and personal nature in which presenters communicate with viewers which makes these channels so popular with younger audiences who spend most of their time-consuming media online.

Shows such as The Young Turks follows a more traditional news format. Presenters – who are experienced political pundits – are filmed behind desks in a fully equipped studio often sporting tablet devices to aid them through the show.

The political commentary web series which focuses on global sociopolitical news currently has over 3.4 million subscribers and also boasts a members-only live streaming service which has allowed the YouTube channel to grow into a cohesive network of independent journalists.

RELATED: How Social Media Can Support a Collaborative Company Culture

In turn, traditional news platforms including the BBC, CNN, Fox News and Aljazeera all integrate YouTube as a marketing channel to publish a curated list of content from previous broadcasts, breaking news snippets and even live streams.

Despite a plague of public setbacks since 2011, including allegations of influencing the outcome of elections in the United States, Facebook remains the world’s most popular social network with more than 1.8 billion monthly active users and has become the de facto source for breaking news in many markets.

With 47% of users using the platform to consume news in the US alone, It’s an indication that social media platforms are more than just a source of news discovery for users, but a platform to provide them with a window into real-time evolving local and international events – especially as live streaming becomes the new norm.

Whether it’s a large scale protest or a country-wide coup, Facebook’s ability to directly connect the world to witnesses and participants of major events at a local level, has often led to news broadcasters relying on users videos or images to gain a unique perspective when reporting on major events.

When it comes to the use of algorithms in news feeds, users aren’t particularly perturbed by these either and some actually prefer being served with algorithmic news stories.

Data from Reuters Institute Digital News Report suggests that more than half of social media users (54%) prefer algorithms to suggest stories as it reflects user preferences, online behaviour, and political alignment. The trend is even more prevalent with users under 35 (64%), which isn’t surprising considering their heavy use of social media.

Despite the popularity of algorithm-sourced news on Facebook, there are still ethical matters to take into account if social media platforms truly wish to be a viable source of journalist-based news.

Facebook has been criticised for suggested potential bias in its Trending module and both Facebook and Google have received considerable backlash over ads appearing next to extremist content and ‘fake news’ articles.

Both companies and Twitter recently partnered with news organisations to introduce a new set of transparency standards to enable consumers to assess the quality and reliability of their content. Publishers including The Economist, La Republica and The Washington Post have also agreed to implement these trust indicators with reports suggesting more publishers are expected to follow.

Richard Gingras, vice president of news products at Google, has indicated that if algorithms are the future of news feeds and in turn, what we understand of the world around us, we could see digital platforms incorporating trust indicators to help algorithms better understand authoritative journalism. This is obviously a win for both social media networks and users who consume news on their platforms.

It’s still unclear if social media will result in the demise of traditional TV news consumption, despite viewing figures of younger audiences falling every year. Live TV still accounts for a large amount of our video consumption per day – 75% in the UK according to Ofcom.

We also can’t ignore that users on social networks not actively looking for news are still presented with articles in their feeds due to their browsing history or preferences, resulting in traditional news publishers receiving more website traffic.

What we do know is that technology is constantly reshaping journalism as we know it and social media platforms like Facebook and Twitter have garnered an incredible online reach in just 10 years. It’s up to traditional broadcasters to continuously adapt and respond in order to stay relevant to their viewers in the future.