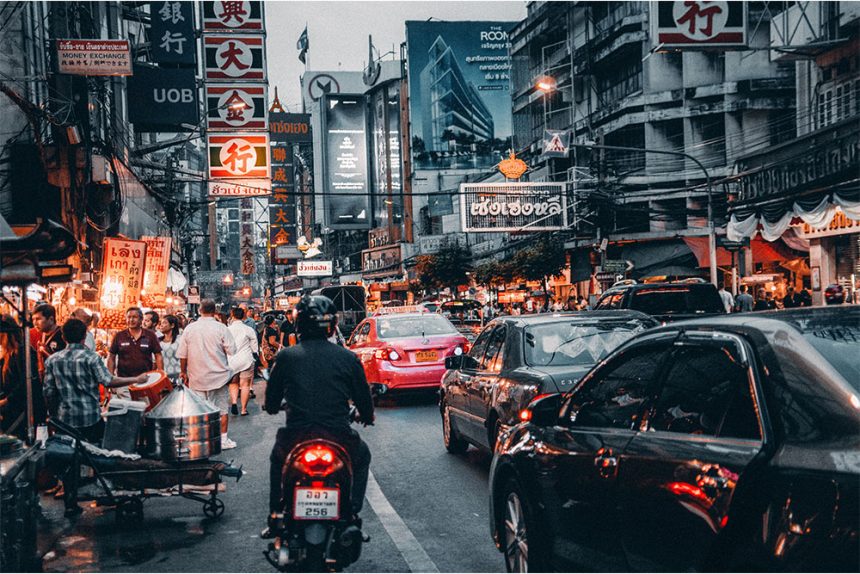 With close to 4 million new internet users coming online each month and a young population with consumer ambitions that local retail can’t satisfy, Southeast Asia is a tempting prospect for online retailers. This area is generally understood to consist of 11 countries, which includes five dominant so-called ‘tiger cubs’ Malaysia, Thailand, Indonesia, the Philippines, and Vietnam which have generally vibrant economies, and the small but wealthy territories of Singapore and Brunei.

It’s already a region with a massive eCommerce sector but the rate of expansion is growing at a rate that often surpasses expectations.

In fast-growing economies such as Cambodia consumers are increasingly urban, their incomes are rising, and they’re avid internet users. The local commercial infrastructure is also lagging behind consumer ambitions, making eCommerce (including cross-border eCommerce) a tempting solution for many consumers.

There are 350 million people online already in this region of the world with internet penetration advancing rapidly. Retailers hoping to engage with this region need to understand that it’s very much a mobile-first market with high levels of mobile penetration.

Social media is a significant influence and many brands are already using social eCommerce as a sales channel. The time people spend online has already surpassed the amount of time spent watching TV and people in Southeast Asia spend more time online than people in China and Japan.

There’s a huge amount of investment in digital business going on in the region and unicorns such as Lazada, InMobi and Tokopedia are emerging.

In some ways, the environment here is beset by the same challenges of other emerging markets. There’s a lack of retail space, big-box retail and transport infrastructure to support consumer access to shopping areas.

Some of the countries that make up Southeast Asia have low rates of participation in the formal economy and banking system, making online transactions hard and the region also has high rates of people lacking formal ID, which frustrates efforts to bring them into the banking system.

Bigger players such as Amazon and Alibaba are inevitably trying to win the region already, which makes for a tough competitive situation for smaller players. Non-tariff barriers remain a problem, particularly for smaller enterprises. Logistics are still a challenge as there’s, as yet, no reliable, low-cost logistical infrastructure in place across the region.

Whilst there are local in-country networks it’s hard to scale a regional logistical solution without resorting to a patchwork of providers. And the general transport infrastructure provision can be patchy – a country such as Malaysia or Thailand offers good transport networks across rail/roads, but Indonesia or the Philippines offers a less robust infrastructure.

If you’re considering launching an eCommerce presence in the Southeast Asian market, it’s best to consider the logistics infrastructure in each country before giving your site the green light.

So far, eCommerce has been broadly unregulated but this is set to change going forward. It’s certainly likely that eCommerce tax rules will change. An initiative to regulate marketplaces will probably drive more sellers to less regulated social media platforms where social eCommerce is more informal.

But regulation is also being used to encourage activity in the ASEAN region, such as agreements to facilitate cross-border eCommerce transactions.

There’s also the spectre of the dreaded cash on demand that haunts many an online retailer in emerging markets. With some parts of Southeast Asia showing low participation in the banking system and general mistrust of online payments, many consumers still insist on paying cash.

Cash on delivery is notorious for holding back eCommerce growth. The problem’s particularly prevalent in nations where banking participation rates are lower – including Indonesia and Vietnam. Bank transfer is also a popular payment method and credit card penetration is low.

Part of the problem is that the banking infrastructure is also inadequate, with poor penetration, particularly in rural areas.

If you’re engaging with the Southeast Asian market, you’ll probably want to get to grips with LINE. Roughly the equivalent to WhatsApp (and with a similar story of rapid growth in adoption behind it), LINE is a messaging app that came out of Japan a few short years ago.

It offers all the messaging facilities you’d expect from a messaging app plus tools such as cab booking, mobile payments and music streaming. Although it’s recently lost some ground, associated products such as the recently-launched LINE shopping are worth keeping an eye on.

The LINE app’s also an example of a wider trend in the region; eCommerce apps that go way beyond eCommerce. The fusion of social media, messaging apps and shopping has been far more successful in Asia compared to the West.

Much like WeChat in China, LINE offers Western retailers a unique opportunity to engage with Southeast Asian consumers in ways that aren’t as successful in their home market.

The future of the market in Southeast Asia is likely to be mediated by such platforms. It’s a content challenge for brands entering this region as they need to be prepared to offer way more than just eCommerce features.

RELATED: Has Social Commerce Finally Got Off the Ground?

This includes things such as gamified content, UGC or stickers on messaging apps. There’s less of a consumer preference for eCommerce pureplay and retailers need to understand that.

Ultimately it’s the customer experience that counts – specifically on mobile via apps and mobile browsers. Obviously, you need to serve customers in a language they’re comfortable with or they’ll find a local provider who can.

The balance of power is swinging in favour of the customer as competition floods Southeast Asia’s exciting marketplace. It’s vital to understand that the winner will be the one that best serves the customer and caters to their specific needs.