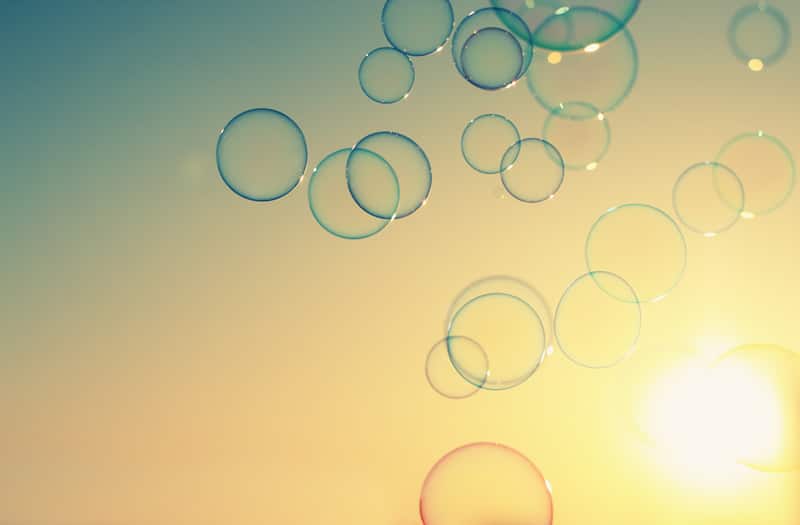 Investors and economic commentators are constantly on the lookout for emerging markets around the world.

They desperately want to find ‘The Next China’ or ‘The Next India’ and reap the rewards that come with it – yet this is much easier said than done thanks to a massive economic bubble that has spread to all four corners of the planet.

Brazil, Indonesia and Turkey are just some of the countries suffering at the hands of overheating economies and property bubbles, caused by the vast pots of money lavishly poured into emerging markets.

Economic bubbles are not a new phenomenon. Take a trip back in time and you’ll find plenty of examples.

The British South Sea Bubble between 1711 and 1720 is perhaps one of the earliest – and best – on record.

It involved the shares of the South Sea Company, a British international trading company that was granted a monopoly in trade with Spain’s colonies in South America and the West Indies after the War of the Spanish Succession.

Investors went wild for the company’s shares and those of similar trading companies when they realised the potential profits that could be made from trade with the gold and silver-rich South American colonies.

When the South Sea Bubble inevitably popped, however, inflated stock prices plummeted dramatically. A large number of people were financially ruined by the crash, while the national economy was also hit badly.

But important lessons haven’t been learned – even though we’re three centuries down the road – proved by the collapse of Japan’s market in the early 1990s, the dot-com and real estate bursts, as well as the financial crisis of 2008.

Why is it still happening?

The fact that international investment allows capital from around the world to flow into hot areas hasn’t helped. It means bubbles are less contained within national borders than they previously were.

Low interest rates have also played a part. Investors are desperate to break the shackles of low rates and Treasury yields, always looking for alternatives, but this often leads to mistakes on their behalf.

The influence of the internet and 24/7 access to news media, notably via social media, has inflamed the situation, spreading hype like wildfire – or Chinese whispers – whichever way you want to look at it.

Emerging markets really began to make waves back in 2001 when China was admitted to the World Trade Organization.

This was the time when Goldman Sach’s Jim O’Neill coined the acronym ‘BRIC’ – Brazil, Russia, India and China – to describe the four fastest-growing emerging market economies in the world. They were expected to surpass the developed G7 economies in size by the 2020s, marking an apparent shift in global economic power.

BRIC and other emerging markets – like Indonesia and South Africa – became popular among investors in the mid-2000s and became even more popular in the wake of the financial crisis towards the end of the decade.

In fact, since 2008, emerging market foreign exchange reserves have increased by US$2.7 trillion, according to business magazine Forbes, while their monetary bases are up US$3.2 trillion and money supply has risen by US$14.9 trillion.

Chinese total outstanding credit has more than doubled in the last six years. Compare this to the bursting of previous credit bubbles – such as the United States pre-2008 and Japan pre-1990 – when credit growth was between 40% and 50%. It suggests China could be on the verge of a massive implosion.

Something like the Asian financial crisis in 1997 – which affected most of Southeast Asia and Japan – could be on the cards if this happens, leading to devalued stock markets and other asset prices, not to mention a rapid rise in private debt.

The worst-case scenario would definitely be a global depression, much like the one witnessed in 2008.

Singapore and Hong Kong are considered to be among the countries that are in the most danger, with their finance and real estate-heavy island economies putting them at risk of a similar fate to Iceland and Ireland six years ago.

In Singapore, for instance, vanity projects such as the Marina Bay Sands, the world’s most expensive standalone resort, and an artificial forest appear to be leading it down the same path of Dubai in the mid-2000s.

South Korea is another country that could experience a dramatic slump in the not-so-distant future, as its consumers continue to rack up debt at an unprecedented level, while Brazil is far from safe either.

Australia, which heavily relies on Chinese imports, could also suffer if the tide suddenly turns in China.

Stick to a game plan

With emerging market bubbles threatening investment, it’s in your best interests to avoid them in the first place – or get out as quickly as possible. To do this you’ll need to come up with a game plan and stick to it.

Here are some tips to minimise the impact.

If something feels wrong, or you’re unsure about anything, don’t follow the crowd, no matter how tempting it is.

Stay true to your objectives

Focus on investing to meet your own needs and circumstances, not those of anyone else, as it doing so could backfire spectacularly.

Don’t be afraid to diversify

Putting all your eggs in one basket is a recipe for disaster. Instead you should spread your investments out sufficiently and evenly, that way you’ll minimise the impact of any one bubble bursting.

Sell at the right price

Have a target price in mind at which you’d be happy to sell – and make sure you sell if it reaches it, no matter what. If you hang for more money you risk a sudden change of fortune that could see you lose out.

Be bold and trim back investments if they rise in order to keep them in line with your original game plan. By doing so you won’t run the risk of a bubble over-inflating to the point at which it has an oversized impact on your portfolio.

Look beneath the surface

You should also keep an eye on the political and cultural landscape of emerging markets.

Elections and changing societal attitudes can disrupt the best-laid plans anywhere in the world, including advanced economies, and often lie beneath the surface waiting to bite you when you least expect it.

Other political events like changes to taxation and financial regulation also have the power to derail investment.

Investors need to be aware that a government could discriminatorily change the laws, regulations or contracts governing an investment – or fail to enforce them – in a way that subtly reduces financial returns.

A comprehensive risk assessment therefore needs to be carried out before entering emerging markets – not just economically – as around every corner there is a sharp pin waiting to burst your bubble.