Expanding your business abroad is a major undertaking and the process presents huge challenges for businesses. In order for your business to succeed in overseas markets, you need to ensure that you’re using the right language and that your messages will be understood by your target audience.

Understanding the cultural nuances of the target region and adapting your message to your target audience is crucial to ensuring business success. Hence the importance of transcreation.

Transcreation, or creative translation, is the adaptation of a creative work into another language or culture. Therefore, it’s more than direct translation or localisation of the text, as transcreation focuses on capturing the desired persuasive or emotive effect of the original message and transferring it into the adapted translation.

Transcreation has become an important part of international mass communication, especially where continuity of meaning and message are important – even in search engine optimisation. Brands that ignore transcreation do so at great risk.

This article highlights the challenges and issues presented when attempting to translate content from one language or region into another, allowing businesses to avoid the pitfalls of translating content for some of the world’s biggest markets.

Below are some real-world examples highlighting reasons why brands should transcreate, rather than translate, their international advertising campaigns.

Volkswagen Group, the German automotive organisation, decided to opt for a strapline that served to advertise its German roots when advertising the brand in Brazil. Given its simplicity, the slogan, “Das Auto” – or “The Car” – should have had no issues with a literal translation.

The Volkswagen Beetle is commonly found in many markets in South America due to mass manufacturing in central hubs in the region. Andrii Lutsyk / Shutterstock.com

However, the company already had a significant presence in Brazil. The VW Beetle had been manufactured in Brazil for decades and had somewhat of a loyal following among Brazilians which was reflected in its previous slogan, “você conhece, você confia” (“you know, you trust”).

By focussing on the cars’ German roots, rather than adapting their message for the local market, VW destroyed the emotional connection that it had built up with Brazilians over many years.

RELATED: Why Brands Are Still Not Getting Localisation Right

Warner Bros. Entertainment decided they would use non-native translators for the Brazilian launch of their entertainment channel, the Warner Channel. Not only were the subtitles littered with errors but the fact that the Portuguese voice-overs were delivered in an American accent soon meant that the Warner Channel became a national laughing stock, severely impacting the brand’s reputation.

Most people in the western world are probably aware of McDonald’s current strapline – “I’m lovin’ it”. While this translates perfectly well into American and UK English, as well as a number of other European languages, in China – McDonald’s were faced with issues when attempting to use the strapline for Chinese advertising campaigns.

The reason for this was that in China the word “love” is taken very seriously and never used lightly. The Chinese would certainly not feel comfortable with “loving” a brand and therefore a literal translation would not have seemed natural.

As a result, McDonald’s decided to transcreate the strapline into the Mandarin phrase with:

This literally translates to “I just like (it)”. By adapting the message in this way, McDonald was able to convey its brand message while not making Chinese customers feel uncomfortable.

In the 1990s, De Beers, the diamond company, wanted to begin advertising its diamonds in China. They initially wanted to use a direct translation of its English slogan “a diamond is forever”.

Founded in 1888, De Beers famously coined the the slogan ‘Diamonds are forever’ and was the first jewellery manufacturer to market diamonds as a symbol of love and commitment. Image Credit Faiz Zaki / Shutterstock.com

However, this would not have translated well into Mandarin as it would have been confusing due to the phrase being understood as “a diamond lasts forever” rather than the meaning which they wished to convey of a diamond being something one would like to keep forever. So the phrase was transcreated into:

This literally meant “a diamond is forever, it will always be handed down (to future generations)”
This became an instant success as poetic language is very popular in China – allowing De Beers to avoid confusion and embarrassment and increase its presence in China.

With Nike’s traditional “Just Do It” tagline having no meaningful Chinese translation, Nike was forced to transcreate its message to the more localised “Use Sports”. The motivational television spot that accompanied the campaign was about “using sport” in China, which allowed Nike to get its message across to Chinese customers without it being lost in translation.

When KFC set up its first fast food outlet in China during 1987, their famous “finger-lickin’ good” slogan was directly translated into the Chinese phrase “eat your fingers off.” This was quickly rectified and today there are over 900 KFC restaurants in China.

During the 1960s, Pepsi came up with a revolutionary idea on how to challenge its biggest rival Coca-Cola, centred around the slogan – “Come Alive! You’re In The Pepsi Generation”.

This quickly became Pepsi’s battle cry as the company sought to expand its market share by convincing young people that this beverage belonged to them – the so-called “Pepsi Generation”. The brand enjoyed huge success as a result, particularly in the youth market.

The slogan was fine-tuned over many years and when Pepsi decided to enter China, they attempted to literally translate it into Mandarin. However, the line didn’t travel well. In China, it was understood as “Pepsi brings your ancestors back from the grave” – a bold promise indeed!

When Coca-Cola first translated its name into Chinese, it literally translated to “bite the wax tadpole” or “female horse stuffed with wax”, depending on the dialect.

In a desperate effort to change its Chinese name, Coke researched 40,000 Chinese characters to find the phonetic equivalent, “kekoukele”, meaning “happiness in the mouth” in Chinese – which translated well and allowed Coca-Cola to preserve its brand message.

When American Airlines decided to advertise its service to the Mexican market, they decided to use the local US strapline “Fly in Leather”. However, this was a bad decision since in Spanish, this campaign translated literally into “Fly Naked” (“vuela en cuero”) causing American Airlines embarrassment and resulting in failure of the campaign.

The Dairy Association is a non-profit corporation that is funded and directed by American dairy farmers for the purpose of increasing demand and sales of dairy products. The organisation enjoyed huge local success with its “Got Milk?” campaign and assumed that this would work internationally.

However, when they translated the slogan in Spanish for the Mexican market, they were somewhat dismayed when locals pointed out that the phrase translated to: “Are You Lactating?” – which was certainly not the intended message.

When Parker Pen first started to market its ballpoint pen to the Mexican market, it wanted to tell its new audience that their pens “won’t leak in your pocket and embarrass you”. However, the company thought that the Spanish for “embarrass” was “embarazar”, which actually means to impregnate.

So, Parker Pen’s translated marketing copy actually read “It won’t leak in your pocket and impregnate you”.

In 2001, Honda introduced its new car, the “Fitta”, to the European market. If the company had taken the time to understand the cultural and linguistic nuances of the new market, they would have noticed that “Fitta” was an old, crass term that referred to female genitalia in Swedish, Norwegian, and Danish.

Ikea, the Swedish furniture company, has a long history of poorly named products causing amusement in various regions and potential embarrassment for the organisation. One example is the Ikea Fartfull kid’s workbench. Fartfull apparently means “speedy” in Swedish, however, even after the explanation, the English-speaking world still felt that the name was ridiculous.

During Orange’s 1994 launch campaign, the telecom giant based the campaign on the brand’s eponymous colour with the strapline “The future’s bright … the future’s Orange.”

However, they didn’t research the effect that this sentence would have in Northern Ireland where the word “orange” suggests that the organisation has an affiliation with the Orange Order – a Protestant fraternal organisation. This had the effect of offending and alienating the Catholic Northern Irish community which represents 45% of the total population.

In 2003, UK food manufacturer Sharwoods launched its latest curry sauce that was said to be “deliciously rich”. The new product was entitled “Bundh”, with the name supposedly “inspired by a traditional northern Indian ‘closed pot’ method of cooking”. Sharwoods were so confident in its latest product, that they even backed it with a £6 million television advertising campaign. However, following the launch, Sharwoods received several calls from Punjabi speakers telling them that “Bundh” sounded like the Punjabi word for “arse”.

When Electrolux, the Swedish multinational household appliance manufacturer, launched the UK campaign for its vacuum cleaner with the message “nothing sucks like an Electrolux”, it enjoyed huge success.

The company originates from a merger of two companies—Lux AB and Svenska Elektron AB.

The company thought that the message would work just as well in the US. Obviously, that was not the case. However, Electrolux appears to have learned from their mistakes. The company’s current slogan is “Thinking of You”.

In 1995, Reebok launched the “Reebok Incubus”, their latest running shoe for women. An incubus is an evil spirit which according to a number of mythological and legendary traditions, lies upon sleepers, especially women, in order to have sex with them. So, essentially Reebok were marketing “rapist shoes”! Luckily for Reebok, not many people were aware of the incubus so they largely managed to escape criticism.

It seems like the 1990s were the golden years for translation blunders. In 1995, Nintendo, the Japanese video games giant, decided to launch their new product – the “Nintendo Touch Dic”. The “Touch Dic” was apparently an abbreviation of “Touch Dictionary” due to the gadget’s ability to provide translations to and from English, Japanese and Korean. Needless to say that Americans found this hilarious and the mistake had a negative effect on the brand’s reputation.

Translation is not enough

It is not enough to simply translate the messages and formats that your business has used successfully in your domestic campaigns for the purpose of international marketing. Organisations should endeavour to target each country (or even region within a country) individually using transcreation.

Do not ignore local culture

Even if most of the people within your target country speaks the same language as another region which your organisation has successfully targeted, using the same campaign could spell disaster. Cultures vary greatly from country to country (or even city to city). So make sure you’re culturally adapting your brand slogans and advertising content.

Colloquialisms, slang, and other cultural expressions do not translate literally and should be avoided in international campaigns. However, businesses should also ensure that their messages don’t unintentionally use slang terms to ensure that their brand doesn’t “suck like an Electrolux”.

Use professional native speakers or a reputable translation agency

Launching your brand abroad is a major undertaking and incredibly complex and potentially very expensive. Why ruin your chances of international success by not being prepared? We would always recommend using native linguists or professional translation agencies who understand the cultural and linguistic nuances within your target region, and can help your company anticipate and avoid any issues with your brand’s image, slogan or message. 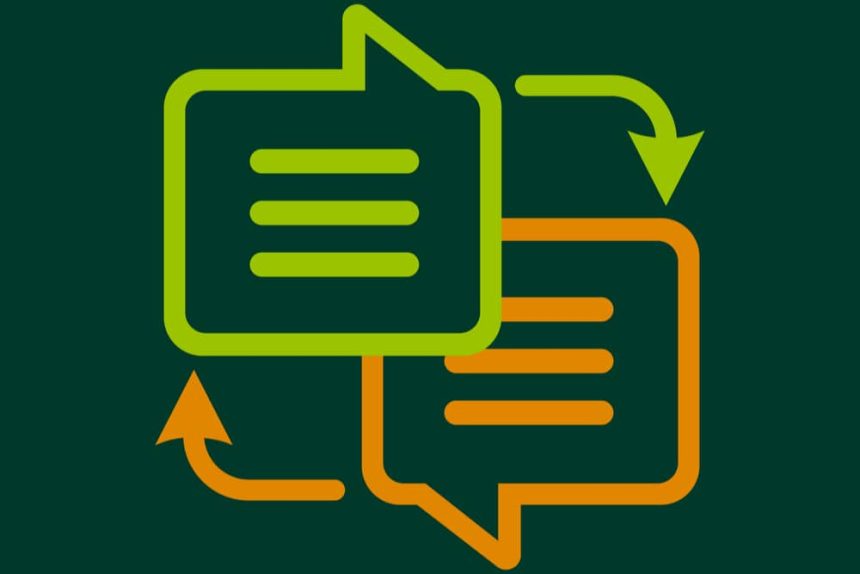