Home » Blog » Understanding the Language of the Self-Driving Car 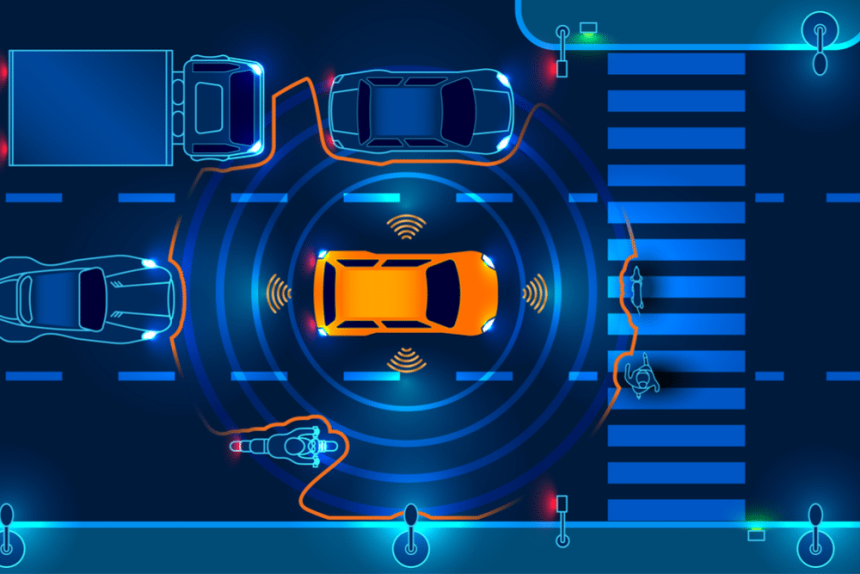 A nod. A flash of the lights. A finger extended above the steering wheel. All gestures that drivers make with one another. Sometimes they mean ‘thanks’, sometimes they mean ‘you first’ but they can also mean a warning of trouble on the road ahead.

Human drivers can mostly interpret these gestures, but it’s unclear how self-driving cars would do so – or even if it’s programmed into their operations.

Because these person-to-person gestures are so hard to interpret, driving instructors advise against relying on them.

Will driverless cars completely ignore human gestures? That will lead us to a situation where the intelligence in control of vehicles isn’t able to fully communicate with one another. When roads are filled with a mix of human and AI-driven cars, there’s going to be a communication gap.

One solution may be for human drivers to change their behaviours. Humans in charge of vehicles may have to start thinking much more conventionally and using vehicular signals only.

Forget the horn – which was only ever used in anger anyway. Driverless cars are likely to be able to cope better with the conventional road signals that your driving instructor wanted you to stick to anyway. Sharing our roads with driverless cars could force us all to become better drivers.

Perhaps the most important signal on the road is that of intent. How will driverless cars cope with zebra crossings? The only way to drive over a pedestrian-priority crossing is to ensure no pedestrian is trying to cross. It could be very difficult for a self-driving car to interpret the intent of pedestrians near zebra crossings.

Will driverless cars be able to interpret the body language and facial focus of pedestrians? That seems unlikely. We’ll probably see driverless cars struggling to get across these crossings when the nearby pavements are busy, simply because they are likely to use proximity as a signal of intent to cross. That’s probably going to lead to delays at crossings.

Scientific America predicts chaos, as pedestrians take advantage of ‘meek’ driverless cars and boldly cross the road in front of them without fear of being struck.

The journal suggests that roads may need to be completely redesigned to segregate pedestrians and vehicles unless traffic congestion is to get worse.

Driving in a foreign language

The language of the road varies from country to country. If a French driver flashes their lights at you it’s because they are telling you they will go first.

In the UK, it’s your cue that they are letting you go ahead of them. And in some Caribbean islands, if the bus in front is signalling it means your vehicle can safely overtake. Will engineers adapt programming to reflect the local culture?

When British motorists visit the continent, they first have to make a trip to retailers such as Halfords. Sticking the letters ‘GB’ on the bumper is often the first sign you’re off on holiday – and dutiful drivers also paint their headlights yellow to meet French road rules. In the future, a motoring holiday may start with programming your car with another language.

But why should human car owners need to worry? If you do regular software updates on your vehicle, it can presumably do the thinking for you. Take the example of Europe’s varied rules on car lights.

If you’re taking a motoring tour across Europe, it’s to be hoped that your vehicle could handle all this regulatory variation for you. By checking its own position in the world, the AI in control should be able to adapt to suit local customs.

The onus is only on the owner to keep the software up to date so it’s informed of the latest regulations. The car could even inform its owner when it needs extra help – for example when the boot needs to be filled with all the paraphernalia French driving law insists on.

When drivers were consulted about their views on sharing the roads with driverless cars, a small minority of aggressive and combative drivers expressed the view that they expected to be able to bully these vehicles.

A study, from the LSE and Goodyear, found that a small proportion of drivers expected to be able to easily dominate AI-controlled vehicles on the roads.

For that reason, it’s thought that the first driverless cars are going to be unmarked – so that human drivers can’t easily identify them.

That’s the challenge faced by the creators of AI car technology – humans are so unpredictable. There are many questions still to be answered about how we will co-operate on roads shared with AI, many of them related to how we communicate with machines.