Home » Blog » Why Lockdown Could Prolong the Lives of Minority Languages 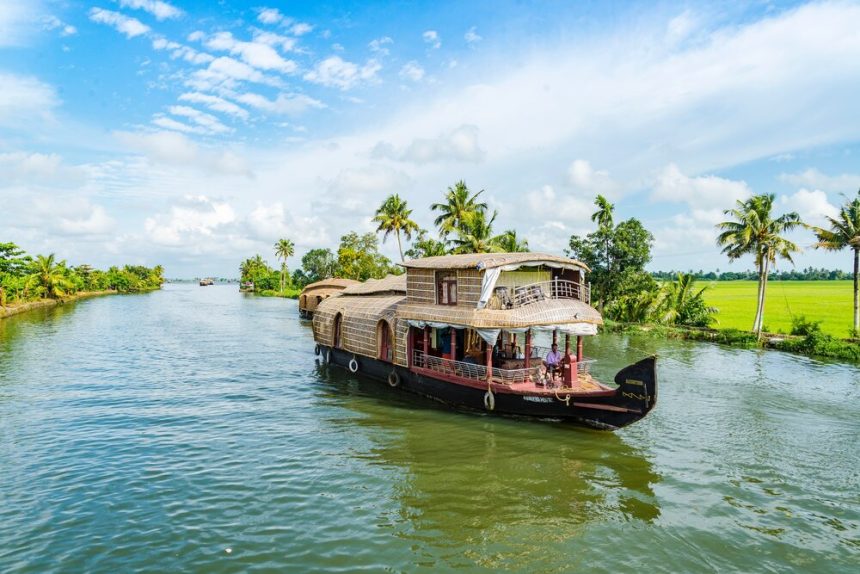 It’s no secret that language diversity is in decline and minority languages are under tremendous threat worldwide. The world’s increasing integration is a major driving force for language decline. This is more than just a cultural tragedy – we’re losing diversity in one of the key areas of human identity. When a language dies it takes with it an entire worldview and approach to problem-solving that’s a major identifier for our species.

Most languages that die do so without leaving a written version of themselves behind. Roughly two-thirds of languages don’t have their own writing system and this means any oral body of knowledge, such as stories and poems, history and lore, die when they do. At a time when humans are investing resources into protecting species such as tigers, why aren’t we doing more to preserve diversity in our own species?

The threat to languages essentially stems from power. Minority languages tend to be less powerful, they are spoken by groups that are less influential than dominant language groups. Their speakers have less influence and the languages they use at home are less socially and economically useful outside the home, so they tend not to be transmitted to the next generation.

One figure suggests that only 15% of minority languages will be transmitted to the next generation, meaning the world could see significant language decline within a lifetime. Linguistics professor Riho Grünthal estimates that world languages could drop from around 7,000 today to just 1,000 in the next hundred years. Renowned linguist, Michael Krauss, suggests that 90% of the world’s languages will die off in a century, which means only 600 of today’s languages are thought likely to survive

Humanity finds itself in an odd situation where around half the world’s population speaks just 23 languages, whilst the vast majority of languages have just a few hundred speakers. This leaves us in the position that the median number of speakers of a language is just 7,500.

This isn’t a sustainable number for languages to survive and thrive from one generation to the next. Jared Diamond has estimated that the minimum viable population required to sustain a language is 50,000. Considering that the median number of speakers of any language is only 7,500, this does not bode well for the future of those many languages below that median point.

Languages have always appeared and disappeared from human history. One conservative estimate suggests 31,000 languages have existed in human history. Another suggests between 55,000 and 100,000. But the pace of language decline seems to have stepped up hugely in modern times.

Power – more specifically an imbalance of power between different language groups – is usually the driving force behind language decline. It is helped by increased population displacement and factors such as colonialism. Not all of the contributing factors to language decline are negative ones. It’s hard to argue that increased participation in formal schooling is anything but an improvement in human development but this is often a major threat to minority languages.

Geographical isolation supports language diversity. When a population of language speakers is internally self-reliant and self-sustaining, their language thrives because it is useful both inside and outside the home. When populations mix and language groups are scattered among other language populations, then comes the decline.

The 20th century has seen a huge unravelling of geographic isolation for a huge number of reasons. For starters, when there isn’t a global pandemic, travel is much easier than it has previously been in world history. It’s cheaper, faster and travel infrastructure is better. Even in the poorest communities, it’s not uncommon to migrate huge distances for work, as China’s huge internal migration shows.

As life becomes more secure and livelihoods expand beyond mere subsistence, there’s less need to remain within the immediate family unit in order to survive. People don’t even need to travel to mingle with other language populations. Mass media including TV and the internet means people are exposed to other languages without leaving their homes.

If being isolated with your language group is the best thing for language preservation, then COVID-19 is arguably the best thing that’s happened to minority languages in a century. Many speakers of smaller languages have retreated to the smaller world of their home, the place where they are most likely to mix with speakers of their mother-tongue language.

The effect is likely to be most pronounced in children. Whilst it’s great that more children than ever before have access to formal education, it’s frequently the case that instruction takes place in a majority language. Speaking a majority language opens up many avenues for them, such as being able to mingle with people outside their language community and consume majority language media.

READ MORE: Why Minority Languages Are a Key Part of Driving Online Sales

Participation in formal education tends to take children away from their home language and it’s often the first step towards shrugging it off.

Of course, the effect of isolation is far from total. Education is continuing for many children in a remote format and this means majority languages are entering their home like never before. And whilst people may be physically isolated with their immediate family, majority language media continues to penetrate the home.

There are other factors affecting language decline in this pandemic. The mobility of migrant workers has been impacted by the coronavirus, meaning more people are staying with their language group. Cambodian migrant workers have returned from places in the wider Asia region such as Thailand and find themselves back in their original community speaking Khmer.

Fewer migrant workers are entering Qatar, including speakers of Indian minority languages such as Bhasha. Although this might be a boost for local Indian language, it’s also a severe blow to incomes in poorer areas of north India where such languages are spoken.

Although pandemic-related travel suppression might have temporarily halted language groups from mingling, the underlying structural economics of migrant working has not changed. This means language group mingling will almost undoubtedly resume once the pandemic passes.

The Effect on Children

Although it may benefit minority languages if the children of speakers to stay home a while, does it necessarily benefit those children? With evidence emerging that remote learning isn’t as effective, and deprived of the socialisation that surrounds the immersive school experience, children may actually suffer if they don’t get this majority language exposure.

Whilst there are many benefits to saving minority languages, there are very real benefits to the individual from being able to access services only available in dominant ones and often career and economic advantages from joining a wider language population.

Whilst COVID-19 might delay children starting to join majority language speakers, it’s not likely to happen on a timeline significant enough to delay language decline. For minority languages, the real danger is that speakers won’t bother to pass the language down to their own children. To really impede language loss, isolation probably needs to occur across generations. Even an event as impactful as a global pandemic isn’t enough to stop intergenerational language loss.

Sadly, the long term decline of minority languages might, at best, be somewhat delayed by current events. Long term prospects of survival are poor for many of the world’s smaller languages because the reasons for language decline have not fundamentally changed despite the pandemic.

With every sign that the future of the world is pointing towards more integration, greater penetration of mass media, and improved inclusion in education, the future of language diversity looks somewhat bleak.

Coronavirus may have had an even darker effect on language diversity. Many of the world’s smallest languages tend to be spoken by older populations. This is one of the key factors in their decline – the fact they haven’t been passed on to younger generations. With older populations particularly at risk from the coronavirus, the pandemic may even have sped up the decline of some minority languages by killing off a larger proportion of their speakers.

Older populations, who pronominally speak minority languages, are significantly more at risk from dying of COVID-19.

The pandemic could be a particular threat in places that are particularly badly affected by the coronavirus. Brazil is one of Latin America’s most language-diverse countries and it’s suffering particularly badly in the pandemic. What effect this may have on Brazil’s minority languages is not likely to emerge for some time.

It’s unlikely that all language groups will be equally affected, and some language groups could lose a larger proportion of their speakers than others because of demographic factors and issues such as minority group access to healthcare. For smaller language groups any loss could be particularly catastrophic in language terms and speed the decline of their community and language.

One of the crueller impacts of the pandemic is the disproportion effect it has on marginalised communities. In many parts of the world, it’s had a bigger impact on poorer members of society, which often means those from minority backgrounds. These factors often coincide with being from a minority language population.

What this could mean is that the coronavirus takes a higher toll from minority language groups, further weakening their standing relative to the majority population. It will take many years for the true picture to emerge after the urgency of the immediate pandemic has passed.

Is there any way to capitalise on any reversals to language decline occasioned by the pandemic?

The scale of resources needed to preserve fading languages is usually a significant deterrent to attempts to save them. It takes enormous political willpower to preserve a minority language, and it’s often highly controversial.

Some of the world’s most linguistically diverse areas aren’t the ones with the most resources to invest in language preservation and resources such as multilingual schooling. For many populations, the prospect of fixing immediate financial hardship is more important than language preservation whether that’s at the individual level or for the wider society. This usually means seeking opportunities within the majority language society.

There is some faint hope that there could be a technological solution to halt the decline of language diversity. Although we’re a few years away from the widespread use of interpretation technology in everyday life, this could help preserve languages by challenging the fundamental economics of language decline.

If technology-based interpretation helps minority language speakers participate in wider society without needing to lose their own language to do so, this could help halt the trend of language death. Sadly though, this type of technology would probably serve the larger languages first.

One other shred of hope remains. As natural language processing by artificial intelligence gets increasingly sophisticated, there’s a possibility that spoken languages could be preserved for posterity. This could be particularly important for languages without a writing system.

Not only could endangered languages be recorded, but their meaning could also be understood. It’s unlikely that these languages would ever be resurrected but they wouldn’t be lost in quite such a devastating way.