Home » Blog » Why Your Business Gets Judged on Its Accent 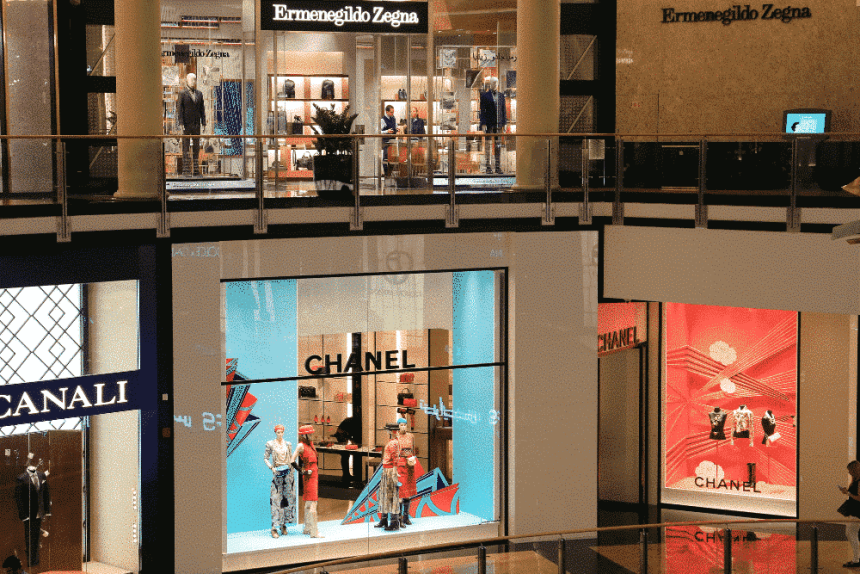 Did you ever change the way you speak in order to feel more accepted in a group of people? In the UK, it’s apparently more common for people to try to sound less posh than they really are for fear of inverted class prejudice. Accent softening services offer to coach people to change their speech with the aim of feeling more accepted – and apparently, these services are increasingly in demand.

Research seems to show these fears of being judged for your accent are actually well-founded. People have a strong tendency to judge others on their accent and this tends, unfortunately, to tap into strong prejudices and stereotypes. For individuals, the effects of this prejudice can be profound; from impeding social mobility to preventing career progression.

Multiple studies have shown how accent discrimination works in practice. One study at the University of Jena found research subjects made assumptions about the type of thing people might say based on their accents. It’s also been demonstrated how astonishingly fast these prejudices and judgements are formed by the listener.

Other research has demonstrated that accent-based prejudice is preventing people from accessing jobs they are perfectly equipped to do. Evidence shows that non-native speakers who make language slips tend to be seen as less intelligent, less competent and less suitable for higher-status jobs.

It’s a problem at the recruitment stage and also for being perceived in the workplace. And these prejudices are apparently particularly pronounced in monoglot societies such as the UK.

Our best understanding of the logic behind these prejudices is that people use them to make fast decisions in a complex world. Research has found that accents are used to assess a person’s temperament, age or their perceived state of mind.

Perhaps it’s a hangover from times when people lived tribally and human groups mixed far less than we do today. But this cultural and ancestral baggage may not be serving us well in our modern lives, particularly if it’s preventing talent being recognised or stoking tensions between communities.

Perhaps these ingrained prejudices are why accent-softening services are increasingly on offer. What used to be known as elocution lessons are now usually marketed as a business tool for people hoping to advance in the workplace. As comedian Bill Bailey pointed out, there are no war correspondents with West Country accents. Although it might seem like a great pity that people are seeking to lose their vocal identity, in reality, people are often referred by employers who feel their employee just sounds too casual in the workplace.

The advertising industry has long used prejudice against regional accents to its advantage. The simple fact is some messages are better received when delivered by particular accents. A Home Counties accent is apparently more effective at telling the public to complete their tax returns, whilst hard-hitting campaigns encouraging viewers not to drink-drive are more compelling if delivered by a regional accent.

What’s curious is some regions don’t seem to like their own accent. A Central Office of Information study found that whilst Manchester residents are receptive to campaign messaging delivered in their local accent, the same isn’t true for Birmingham residents.

Advertisers tend to lean on regional accents associated with characteristics such as straightforwardness (Yorkshire) or warmth (Geordie) to advertise products and services where those are valuable associations. UK audiences are so accent-attuned that sometimes the accent itself is the advert’s key differentiator – for example, in one memorable 90’s beer ad that seemed to be a perfume ad until it was revealed the glamorous model had a broad Mancunian accent.

An accent is essentially a signal that you’re operating outside of your usual language group. In this sense businesses, too, can have ‘accents’. When a business tries to penetrate a different market, that accent can be very visible to its new audience. And that can be an advantage or a disadvantage for the brand.

Business accents are about more than just language. It’s about seeming like a domestic solution to a domestic problem, such as how to get to work, what to eat or how to dress. If companies fail to show that they understand the needs and culture of a particular market, then their accent can show to their disadvantage.

When a business is trying to engage a different group of consumers the usual approach is to show how it can meet their needs and expectations. That expression of understanding and empathy is the basis for most advertising efforts. But when a business is very obviously from outside the consumer’s home environment, that approach may not be seen as credible.

Consumers may be suspicious or even hostile to brands that are from outside their own territory. Our natural human tendency to be hostile towards what feels alien can, unfortunately, be triggered.

It’s really common for businesses to betray their true origins by making what seem like minor communication gaffs. Trying to do the hard sell in a country that’s used to a far softer approach in their advertising is just one example. Offering unfamiliar payment methods or clothing sizes they don’t understand to your audience are others.

Making US-centric cultural references to a UK audience, or using Americanisms in your UK-focused marketing materials are also going to betray your accent. Audiences tend to be pretty good at spotting crude attempts at repurposing content for their market. One example would be poorly-dubbed TV ads, which always tend to get peoples’ backs up.

Businesses that have got caught out by showing their foreign accent include AT&T, which made cultural misunderstandings in an advert targeted at Latino audiences. In the advert, a Puerto Rican wife tells her husband he needs to call ahead and say they’ll be late to an event. AT&T got it wrong in two ways.

Firstly, lateness isn’t something you’d ever need to apologise for in Puerto Rican culture and secondly it’s not culturally appropriate to show women giving their husbands instructions in this culture. Unfortunately, AT&T just managed to demonstrate how little it understood its audience or its communication needs – which is arguably a pretty big problem for a communications company!

Brands that appear too alien run the risk of making audiences feel “this is for someone else and not for me”. They may make it less socially acceptable to use their brand, particularly if the audience is feeling like they should be consuming domestic brands.

They may make audiences switch off, turn away and look elsewhere. If they get things really wrong, they may even confuse, alarm or offend their intended audience.

That’s something EDF understood very well when it started operations in the UK. Nowhere in its communications is it at all apparent that this brand is actually Électricité de France – the French national electrical provider selling power in the UK. Most of its consumers probably aren’t aware they are using energy from a French national supplier. EDF has decided its national identity probably isn’t an asset to how it markets itself in the UK.

Some brands choose to embrace rather than conceal their foreign identity when they engage with new audiences. UK catalogue clothing company Boden has enjoyed success in US markets whilst proudly sporting its UK identity. The company uses marketing images of cloudy British skies and Cotswold stone to reach its audiences in sunny California. It’s a bold approach but for this particular brand, it seems to work.

Although the brand retains its strong British identity, Boden has still made sure to control its accent very carefully. The brand may be selling elements of its home market character to new audiences in the coastal US but it’s also careful to make it palatable.

Boden has adapted key elements of its web offering to suit American audiences, such as the currency, shipping zones, tax information and the ever-crucial payment methods. It talks about ‘holidays’ rather than Christmas, and ‘shipping’ rather than delivery – slight changes but ones that make it seem a bit more familiar. Although audiences may like the idea of buying into a foreign brand, they don’t want the hassle of trying to figure out unfamiliar clothing sizes.

Boden tweak elements of the US homepage to meet the cultural expectations of US consumers while sticking to its quintessentially British brand.

This strategy of accent retention works better in some markets than in others. Many Chinese consumers are notoriously hostile to domestic businesses and tend to be more inclined to trust foreign brands, particularly for categories such as baby products.

Some countries enjoy a greater reputation for manufacture than others, for example, European leather craftsmanship has a reputation which helps luxury bags from Italian-based brands sell well overseas.

Many Italian luxury brands proudly sport their national identity in foreign markets such as Asia. But they still need to temper their accent in markets where some Italian characteristics aren’t as acceptable. Overtly sexy women showing skin in advertisements might work in Milan but isn’t acceptable in a country like Kuwait.

Many brands have managed to conceal their accent so successfully that most consumers aren’t even aware they come from a different market entirely. Examples include the fondly remembered Woolworths, Belgian-German-Dutch C&A and Wimpy restaurants – all of which originated from different markets.

All these brands managed to embed themselves so successfully into the UK market that they are fondly remembered as domestic brands. Despite their foreign origins these brands really came to understand their market so well that their accent wasn’t visible to their audiences.

Of course, what these brands all had in common was a lot of time to embed into the UK market. Over time, brands such as Woolworths became so familiar on the British high street that they seemed to have been there forever. Arguably these brands also faced less competition when entering the UK market than they would today. Modern retail climates are extremely challenging in many parts of the world. Brands have far less time to adapt themselves and get to understand their audiences in a much tighter competitive environment.

Brands that venture abroad may benefit from going through accent-softening processes that make them more palatable to new audiences. Here are some important points to cover when you integrate a brand into a non-domestic market: