How Will Artificial Intelligence Affect Language 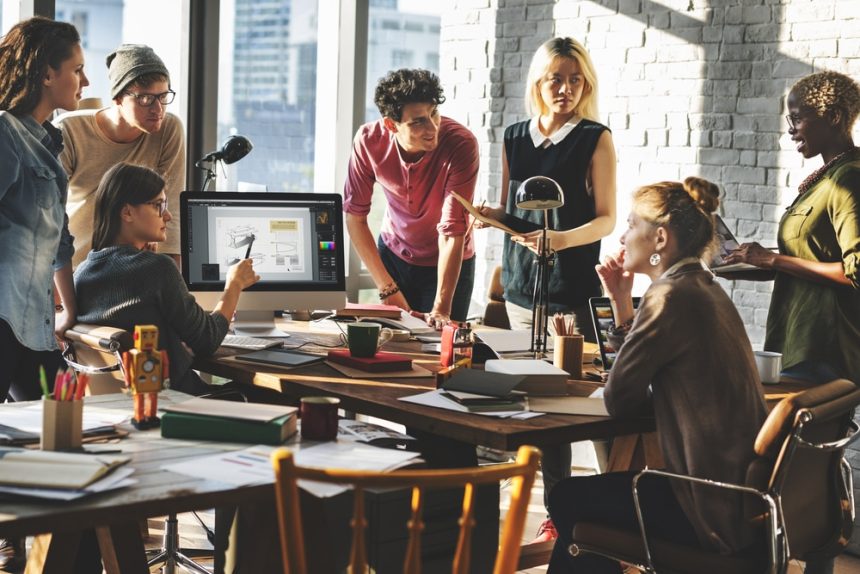 Artificial intelligence (AI) is helping us organise our lives, via virtual PAs such as Siri, and it’ll soon be driving us around. We’re starting to see the first voice activated command technology in domestic environments, and we’re beginning to worry if the machines will take our jobs.

We’re inviting artificial intelligence into our daily lives, in some cases, we’re having conversations with it. How is this going to affect the way we use language?

With Amazon Echo creeping into homes, some people are getting used to voice activated AI technology in the same way the rest of us are now used to Google’s easy to access services. Homes that are already using Alexa are finding the best way to communicate with their ‘robot butler’.

Many are used to barking out orders that are curt and having an instant response. Humanity is already used to having answers on hand, thanks to Google. Now we’re starting to get used to having our commands answered verbally as well.

Is our use of voice technology likely to affect how we communicate with other human beings? Just because we’re curt in our interactions with AI, it doesn’t necessarily mean we’re going to be more curt with other people.

Perhaps we might learn to communicate with increasing clarity. After all, many people have learned how to refine our written search requests to Google so we get the result we need.

This doesn’t yet seem to have impacted on how we communicate with other human beings. We don’t walk into shops and bark ‘buy size 38 brown sandals women’s but we’d think nothing of typing this into a search engine.

Perhaps our use of voice activated AI will teach us to apply a new clarity and directness in terms of how we speak to others. But it’s more likely that social norms of meandering through conversation to the point we want to make will persist.

We’ll ask the sales assistant if he can help us before we ask for those brown sandals, size 38. Although we can adapt to use technology, humanity tends to be governed by social conventions when it comes to human interactions.

One good impact of machine intelligence may be that we get better at talking to people whose language we don’t share. AI is already offering ‘good enough’ translation to help you out in a foreign language fix.

Although machine translation is imprecise and lacks nuance, it’s helpful in informal settings such as when you’re on holiday. Forget about taking a phrasebook – AI could soon offer ‘Star Trek’ voice translation devices that help you communicate your needs abroad.

If this kind of language filtering technology becomes a reality, it could help preserve some of humankind’s under threat languages.

With better intermediation of translation technology, perhaps they wouldn’t need to switch languages. Instead, they could have access to the same online resources in their own language and there would be better language equality. It wouldn’t ‘cost’ them so much as it does now to remain in their minority language group.

The world is only just starting to recognise the extent to which AI will replace jobs. This replacement of many aspects of work by AI could have subtle effects on language. Terms such as ‘blue collar worker’ (a manual worker) may become obsolete if these types of jobs are no longer handled by humans.

Society will stop talking about ‘white van man’ as a demographic group if self-driving delivery vehicles handle the majority of goods movement.

It’s a loss of language that humankind has seen before. According to the ONS, less than 1% of British workers are now employed in the agricultural sector. In 1841, 20% of workers were employed in this area.

This shift in working patterns is reflected in the reality that many common agricultural terms have fallen out of common parlance, becoming obsolete.

We might understand the term ‘ploughing’ but associated words such as ‘clungy’ (heavy clay soil that’s hard to plough) have fallen by the wayside. We don’t know that a ‘rainbow’ is a field ploughed in curves rather than straight line, or know the difference between the ‘whippletree’ and the ‘gallows’ (both parts of the ploughing mechanism).

Few people now need to identify a ‘cop’, the bank of ground on which a hedge grows (in Cumbrian dialect) or deal with a situation where cattle are ‘liggin’ kessin’ (fallen and unable to rise).

Most people no longer need to know these terms in order to communicate about what they are doing.

If AI really does take over the majority of manual work, it will also reduce our need to know and use the language in which we presently transact that type of activity. If AI were to handle all the washing humanity requires, our need to use words such as ‘scrub’, ‘drain’ and ‘suds’ may diminish.

It’s hard to mourn the loss of outdated terms – few people can say their life is poorer for not knowing the name for the parts of a plough.

Some of the endangered terms from our pre-AI lives may yet survive. We still encourage people to ‘rein in their emotions’, despite the fact few people have any contact with a horse’s reins.

Perhaps we’ll also continue to use terms such as ‘put your foot down’ and ‘with the brakes off’ out of the context of driving, long after we no longer drive our own vehicles.

As these activities pass into memory, we will have only a vague grasp of what they mean but it may not stop us using them to describe the very different world we live in.

One of the consequences of this loss of language may be that we lose the ability to understand our past.

When Chaucer refers to the ‘droghte of March’ (drought of March) at the start of his Canterbury Tales, he is likely referring to a meteorological feature that we no longer recognise because we have lost our connection to the land.

This archaic term acts as a stumbling block for modern readers, and it’s likely that we’ll see greater obsolescence in literature as we lose the connection to historical working life. It just one of the subtle impacts that greater use of AI will introduce into our lives.

What we haven’t yet considered is the wealth of terms that AI is likely to introduce to regular language, bringing in technology terms out of fringe use by those in the tech industry and introducing them into mainstream conversations.

Terms such as ‘wake word’, and concepts such as strong or weak AI and the Turing Test, may pass into household use as we fit the technology into our lives.

AI is going to impact on society in a significant way: language may even be the least of these.