We translate thousands of documents from Mandarin each year, covering a huge variety of industry fields and file formats.

Excellence is built into our Mandarin document translation service at every step including customer service, account set-up, different methods of file transfer (where appropriate), having a large pool of highly talented Mandarin translators, selecting the right translators, efficiency at payments and collections etc.

We offer all sorts of translation services for Mandarin, covering both offline and online materials for a wide range of industries including, but not limited to, the marketing, advertising, publishing, retail ecommerce, legal and financial sectors.

One of our key strengths is the translation of content into Mandarin for use on international, localised websites and other digital assets. We’re able to offer many services relating to Mandarin website translation, including SEO, social media monitoring, email marketing and transcreation.

If you require a certified translation service, look no further. Unlike many agencies that self-certify or claim to adhere to the certification standards, without being officially accredited and independently audited – we have acquired the ISO9001 and ISO 17100 certification for professional translation services. We continue to be audited every year to ensure we always meet these high quality standards.

For businesses that require translations to be completed in a very short time period, we offer an urgent translation service that allows you to translate your content within 24 hours. Since we have offices all around the world, and offer a 24-7 service, we’re always available to receive and handle your urgent translation requirements.

There are limitations on how fast translators can work. However, if your deadline does not require the creation of high quality work then we can offer an express translation service for Mandarin documents. However, we generally advise against our express service, which doesn’t include a reviewer, for documents meant for the public or for broadcast either on- or offline.

Many companies in the technology sector and within other industries involved in manufacturing require the production of manuals into various languages. We offer high-quality manual translation for Mandarin for 95 other languages, allowing companies who want to export to China to have their manuals translated into Mandarin for consumers or businesses in the local market.

The legal services industry has its own set of specialised language which can easily be mistranslated by those translators that are not familiar with legal terms. With more businesses in the UK and USA expanding into China, the demand for Mandarin legal translations has increased significantly in recent years and we’re proud to be at the forefront of this trend, providing high quality Mandarin legal translations from English and other languages.

Businesses that want to expand into China will need to translate all of their marketing materials into Mandarin. This is because the majority of Chinese citizens still do not speak English fluently. Mandarin translations will allow these businesses to speak to their Chinese consumers in their local language, which will increase the likelihood of getting their message across and increase engagement and conversion rates.

Business terms vary from language to language and for companies operating in China, there is a huge demand for translation services that speak the language of local business. We offer a Mandarin business translation service that is second to none, allowing you to communicate with Chinese businesses using the language that they are familiar with, increasing the likelihood of success in buying from or selling to businesses in China.

The growth in personal wealth in China has resulted in a revolution in the technology industry with both local and foreign technology brands competing for business from Chinese consumers. Foreign brands that are attempting to break into the lucrative Chinese market, and local brands that want to expand into the US and UK all need to translate their technical specifications, user manuals, websites and other documentation. As result, Mandarin to English and English to Mandarin technical translations are extremely sought after. But getting high quality native translators is a challenge. Luckily we’re here to help.

From technical documents and websites to medical and pharmaceutical brochures, the demand for translators with native-language proficiency is on the up. However, many businesses don’t have the time or resources to seek out and vet a team of translators. At TranslateMedia, our main focus is ensuring that we have the strongest team of Mandarin specialist translators available at all times to work on your projects.

Legal contracts are sensitive documents that need to be translated accurately. Failure to do so can result in costly and time-consuming corrections and even law suits. With business deals with China and the West set to increase in the future, businesses will undoubtedly require high-quality Mandarin translations of contracts and other legal documents. Look no further than TranslateMedia for all your Mandarin contract translation requirements.

TranslateMedia works with some of the world’s largest banks, management consultants and financial institutions to satisfy all of their Mandarin financial translation requirements. Our expertise in the field of global finance and the large number of translators with financial services experience allows us to provide the best Mandarin financial translations on the market, ensuring that you company prospers in its dealings with Mandarin-speaking Chinese clients. 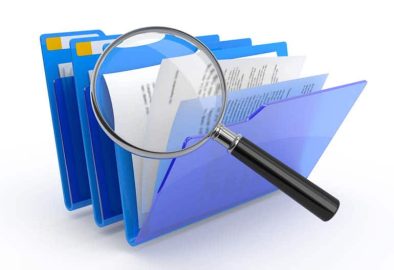