With our extended network of 9,500 translators, we are able to provide fast, accurate, and reliable South American Spanish manual translations.

TranslateMedia makes every effort to ensure your manuals are translated correctly and consistently in South American Spanish. Our Translation Memory tools make a big difference to costs and turnarounds for translations of manuals from South American Spanish, and we have a great deal of experience in translating these technical documents in complex formats and interchange formats. To learn more about the file formats that we can translate click here.

We have specialist teams of South American Spanish linguists in various fields and competences. They are experts in their industry, with relevant knowledge and experience, and we assign them to work according to their skills sets.

Spanish, also known as Castilian, is part of the Romance language family and originated in Castile, a region of Spain. An approximate estimate is that 406 million people speak Spanish as a native language, meaning it is second to Mandarin in terms of its total number of people who speak it natively worldwide. Spanish also has 60 million people who speak it as their second language, and 20 million people who study it as a foreign language. Spanish is used as one of the six languages in the United Nations, and is used as an official language by Mercosur and the EU.

Spanish belongs to the Ibero-Romance language group, which has evolved from a number of dialects of common Latin situated in Iberia straight after the Western Roman Empire collapsed in the fifth century. The first instance of documentation was in central-northern Iberia in the 9th century and this meant that it gradually spread at the same time as the expansion of the Kingdom of Castile into southern and central Iberia.

From the start, the Spanish vocabulary was influenced by contact with languages such as Basque and other interrelated Ibero-Romance languages and then felt the presence of the moors when it absorbed many Arabic words during the Muslim presence along the Iberian Peninsula. The language also took words from non-Iberian languages, including some of the other Romance languages such as Italian, Occitan, French and Sardinian and often from English in more modern eras. The Spanish language found itself in the Americas as well as territories in Oceania, Africa and the Philippines thanks to the expansion of the Spanish empire.

The most popular second language that is learned by native speakers of American English is Spanish. From the late 20th century, studying Spanish as a foreign language has become much more popular, probably because the increased potential of the countries that speak it, which have growing populations and economies, and growing tourism.

Spanish has become the most widely acknowledged and understood language in the Western Hemisphere, with populations of native Spanish speakers in-between the tip of Patagonia and New York City and Chicago. Spanish has arguably overtaken French in being the second most studied and the second language in international communication, second only to English.

The evolution of the language from Vulgar Latin that was brought to the Iberian Peninsula by the Romans during the Second Punic War, began in 210 BC. Several pre-Roman languages—not related to Latin, and some not related even to Indo-European—were spoken in the Peninsula. These languages include Basque, a language still spoken today, Celtiberian and Iberian. Traces of these languages can be found in the modern iteration of the Spanish vocabulary.

Local sociolects of the Vulgar Latin variety changed into Spanish in the north of Iberia, in an area defined by Cantabria, Álava, Soria, Burgos and La Rioja. The development of the Spanish sound system from that of Vulgar Latin exhibits most of the changes that are typical of Western Romance languages, including the obvious lenition of intervocalic consonants.

The version of Spanish that is used in South America can vary within different countries and different regions of the continent. South American Spanish or to call it by its Spanish pronunciation: español sudamericano or suramericano, is occasionally used as a broad term for the dialects of the Spanish language spoken on the continent, use of this term is purely a geographical one and it has very little or no relevance to linguistics

The range of Spanish dialects used in South America and Latin America have no uniting feature that make them different from non-South American varieties. The Spanish spoke in the Andean highland areas is historically conservative, with it having some qualities in common with the Spanish that is used in central Mexico, while some varieties spoken in Venezuela and Argentina share some innovations in phonology with the Spanish spoken on various islands of the Caribbean. In some cases one country in South America, Colombia for example, can present a wide range of innovative and conservative dialects.

In Latin America there are many Spanish speakers. Taking into account all the countries which have a majority of Spanish speakers, only Equatorial Guinea and Spain lie outside of the Americas. Mexico has the most people who speak Spanish natively. Nationally, Spanish is the official language of Argentina, Chile, Colombia, Cuba, Costa Rica, Mexico, Dominican Republic, Bolivia where it is co-official with Aymara, Quechua, Guarani and 34 different languages, Ecuador, Guatemala, Honduras, Nicaragua, Panama, El Salvador (co-official with Guaraní), Peru (co-official with Aymara, Quechua and other indigenous languages,Uruguay, Paraguay and Venezuela. Spanish is also the unquestioned official language in Puerto Rico.

Spanish is not officially recognised in the former British colony of Belize; although when consider the number per the 2000 census, around 43% of the population speak the language. In the main, it is spoken by the people who have descended from Hispanics who have lived in the region since the 17th century. English still remains the official language of the country.

The proximity to the Spanish-speaking countries of Brazil and Trinidad and Tobago means they have applied Spanish language teaching into their countries education systems. The Trinidadian government launched the ‘SAFFL’ or the Spanish as a First Foreign Language initiative in early 2005. The National Congress of Brazil approved a bill in 2005 that signed into law by the President that made Spanish language teaching obligatory in both private secondary and public schools in Brazil. In many villages and border towns especially the ones that reside in the Paraguayan-Brazilian and Uruguayan-Brazilian border areas, a hybrid language known as Portuñol is spoken. 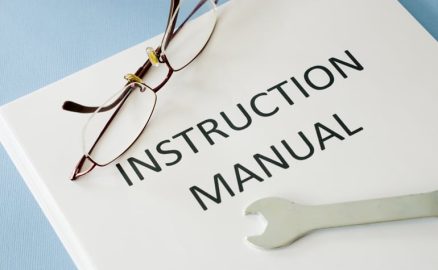