Its famous one-child policy has resulted in youngsters looking for the companionship of others their own age online. This, combined with many having to work away from their families, and the general mistrust of government-controlled media has resulted in social networking becoming the quickest, cheapest and most trusted way to communicate over long distances.

QZone is currently the most popular. Used mainly by teenagers, it has over 530 million users. The popularity seems to be down to its owner Tencent’s resources rather than being the best service on the market, and users tend to move on to other social networks when they grow up. Also, QZone users post under nicknames as the user base is so young, and they tend to go there to make new virtual friends, rather than talk to existing ones.

RenRen, launched in 2005, is China’s answer to Facebook. It has over 130 million users. Around 74 per cent of its users are under 30 and most are students or office workers. Like Facebook, users are encouraged to build up content in RenRen, which makes it harder for them to consider leaving the network.

RenRen is China’s answer to Facebook, with about 95 million active users

Pengyou used to be a social network for kids, but is now another network used by students and office workers. Launched in 2010, it has around 80 million active users. Pengyou is another Tencent network and a RenRen and Kaixin competitor.

Kaixin001 is another Facebook-type site which allows users to upload images, download games and blog. Its 116 million users are mainly under 30 (61 per cent), but it has a higher amount of users in the 30-39 demographic (33 per cent as opposed to Renren’s 18 per cent).

When analysed in late 2011, traffic had dropped by 65 per cent over 18 months, which resulted in Tencent investing $100m USD – in turn gaining some access to the more white-collar Kaixin user base.

Douban is another Facebook type social network founded in 2005. Its best known for book, music and movie reviews. Over 71 per cent of Douban users are under 30, and it has around 62 million users, variously described as urban youth, or “trendy young people”.

Sina Weibo launched in 2008 and is generally considered to be the Chinese version of Twitter – although with more functionality. It had 340 million monthly active users as of March 2017. During the London 2012 Olympic Games, users sent 390 million messages about the Olympics via Sina Weibo, with 119 million sent during the opening ceremony.

Sina also campaigns for special causes, such as the social farming collective, which helps farmers with direct source selling.

Tencent Weibo is Sina’s main competitor and more like Twitter. It’s reported to feature a better user experience than Sina, which seems to be focusing more on monetisation. Founded in 2010, it pulls most of its 310 million users from QQ (a Tencent owned instant messenger site).

YouKu.com is the Chinese version of YouTube. Launched in 2006, users can upload videos of any length. It’s well known for its library of TV shows and films and features many professionally produced original videos. YouKu is also much more relaxed about copyright than YouTube.

YouKu has its own computer animated mini-series – Miss Puff – which is incredibly popular among urban 22-29 year olds and under 21s. Brands work with the producers of Miss Puff in the form of product placement. For example, you’ll get lingering shots of the back of her MacBook or a close up of her Marlboro cigarettes.

Jiepang.com launched in 2010 and is very similar to Foursquare. It’s a location based mobile app that lets users check-in at locations, earning rewards and discounts. It has just announced a deal with Tencent, which will allow users to log in to Jiepang using their Tencent account, giving Jiepang access to 700 million Tencent users.

Chinese social network users appear to have more respect for brands that use social media to reach out to them. 95 per cent of Chinese internet users say that brands that microblog can be trusted to some extent.

That may not sound ground breaking, but the Chinese tend to be more sceptical of what they are told, a result perhaps of a historic relationship with government and misinformation. Despite the uncertainty, 61 per cent of web users say that they have made a purchase because of digital advertising.

International brands are starting to reach out to Chinese consumers over domestic social networks. When RenRen asked its users what their favourite brands on the site were, the top trusted brands were both global brand names: Coca-Cola and Samsung. Other brands picked out in their own categories were Estee Lauder, CK, Nike, Audi and VW.

According to a survey by Jack Morton Worldwide, Brazilian and Chinese internet users are the most likely to engage with brands online. Word of mouth information is important in a nation where official news sources are distrusted, and brands, especially foreign ones, can be seen as more impartial.

The impact of laws such as the one child policy on modern culture shouldn’t be underestimated. The policy was introduced in 1978 in an attempt to curb the massive Chinese population growth.

The children of the one child policy have been defined as individualistic, spoilt (apparently, they like their luxury brands), economical, westernised and sceptical.

Growing up without siblings has encouraged them to form friendships online, and living in a state where misinformation is rife has led them to distrust official sources of information – hence the love of microblogging. Popular and slightly anti-authority bloggers include Han Han, a high school dropout who has blogged about democracy, and Murong Xuecun.

Although there are several languages and dialects spoken across China, simplified Mandarin is the main written language used in mainland China, but Sina Weibo is developing an English language version.

Older generations say that internet usage is starting to modify the way that language is written and spoken by the young, but it’s hard to know what is the impact of the internet and what is just kids just being kids, adding their own adaptations to language.

The children of the one-child policy have been defined as individualistic, spoilt, and westernised…apparently they like their luxury brands

The younger generation may be turning to social media to get the real story, but social networks and microblogs are still subject to censorship by the Chinese government. One incident was sparked by a hit and run over at Hebei University.

The driver challenged his one surviving victim to sue him if he dared, saying: “Go ahead, sue me if you dare. My dad is Li Gang!” (the deputy police chief of a neighbouring district). This caused many Weibo users to speculate about corruption and led to the government ordering the networks to stop all “hype regarding the disturbance over traffic at Hebei University”.

Sina Weibo has at least 100 moderators on the payroll, and it will occasionally delete messages and accounts that use certain keywords. On 31st March 2012 six people were arrested and 16 websites shut down for – what the official news agency called – spreading false rumours on the internet.

These rumours had also appeared on Sina Weibo and Tencent Weibo, and so both sites were apparently punished. As a result both sites prohibited users from posting any comments between 31st March and 3rd April.

A New York Times journalist opened an account on Sina Weibo to discover just how much censorship went on there, and after a few low key rebellious posts he sent a message out about Tiananmen Square which was deleted within 20 minutes. Once the media became aware of the account it was deleted. 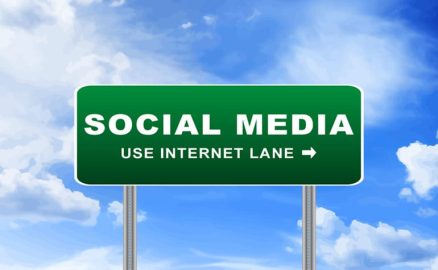