Behaviors That Define Our Species 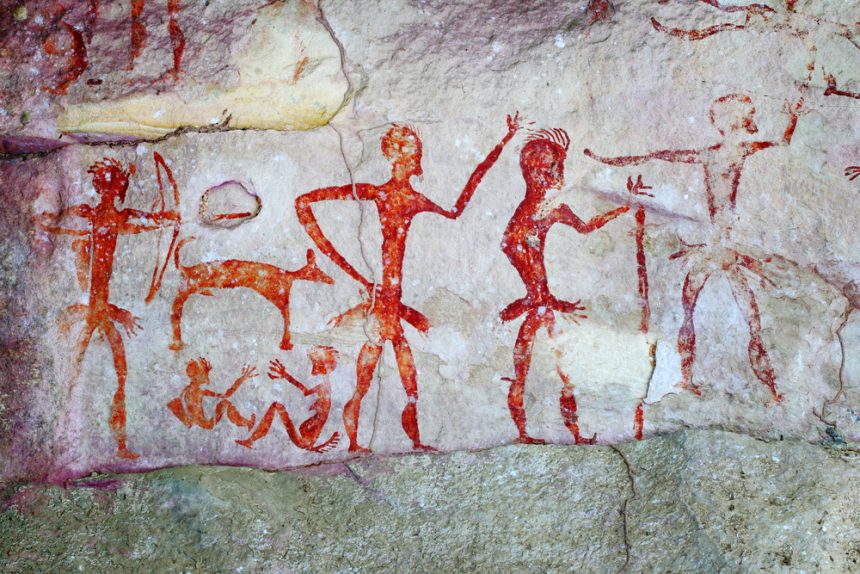 Tickling and thumb sucking may not seem like significant behaviors but both activities seem to be universal to all human societies. Behaviors such as these are known as human universals – features of our societies for which there are no known exceptions.

The idea of human universals was promised by Donald Brown, an American professor of anthropology in 1991. According to Brown, there are 67 in total, spanning cultural behavior, social organization, and our psyche. The significance of human universals is that they are traits that unite and perhaps define us. They are in effect an anthropological and behavioral definition of our species.

Human universals offer a way of understanding that our experiences are in many ways shared irrespective of which society we belong to. So whilst courtship rituals, hair styles, food taboos and religious rituals may vary between cultures, the fact we all have them is common to all cultures. It’s highly unusual to find a human society that doesn’t show evidence of these universals to at least some extent.

What this means is that all these behaviors are known concepts. As we move between cultures, it’s common for us to learn the practices of the new culture we are moving into. If someone from the UK visits a Maori in New Zealand, they might learn that, rather than shaking hands, greeting someone is done by pressing your own forehead against the other person’s. But the idea of having a brief introduction ritual upon making a new acquaintance is not new in itself. There’s no human society that will fail to understand the need for a ritual of some kind up this encounter.

At times, it seems like the theory of human universals strays out of anthropology and into the realm of philosophy. Many human universals describe philosophical concepts that our minds are able to grasp, and which are rather more profound than our tendency to contrive hairstyles. These include having a sense of past, present and future, and ideas such as eschatology – the sense that mankind may have a destiny and that the world may one day end. Perhaps humans are the only species that have a sense of history and a sense that history may one day cease to be. In terms of the individual, that includes a sense of death and the afterlife.

Possibly these concepts are entirely unique to our species, at least in terms of how we understand them. Perhaps that’s one of the flaws in the theory of human universals – we have created this list for ourselves, so naturally it only contains what we ourselves can conceive.

Many human universals seem to have be prevalent in all cultures and for a long time – they don’t seem to be especially new. Several hundred years ago, Shakespeare was writing many plays with a strong sense of right and wrong, of the afterlife, envy and sexual jealousy (both covered in Othello, for example), dreams and symbolism: all of which are universals still evidenced today in humankind. Perhaps the lack of fundamental change in our outlook is why we still find resonance in these works today.

Going further back than the first Elizabethan era, we find other evidence of universals in prehistory. Archaeologists have founds evidence of pre-historic man’s attempts at healing sickness (another universal). This includes pre-historic graves showing crudely set bones and trepanned skulls, where the patient has clearly survived for some time after the process. Other early evidence points to universals such as death rituals, music making and tool use. The enduring nature of human universals is one of their defining characteristics. Perhaps it also suggests these characteristics are likely to continue to endure in our species.

Not all the behaviors of human universals are unique to humans. Tool using behaviors are witnessed in the animal kingdom and this is not just in primates, our close relatives. Bottle nosed dolphins use marine sponges to stir up sand and reveal prey, and sea otters use stones to open shellfish. It’s not just humans that make tools either: elephants have been seen to craft a branch to exactly the right proportions to use as a fly swat. But tool use in the animal kingdom is relatively rare. Other ‘human’ universals that are more commonly seen across many other species include diurnality, and behaviors such as making or finding shelter. These are relatively common across all species of animal.

Several species have also been seen exhibiting behaviors that look very like grieving as we would understand it. Birds, including Jays and Magpies, have been seen to conduct rituals for members of their groups that have died – extending so far as laying grass ‘wreaths’. Although it’s often said that humans are the only species aware of their own inevitable death, this may not be entirely true. What’s difficult to pin down is what exactly is meant by ‘aware of’ in so far as other species may also be capable of it. It’s difficult to truly say what concepts animals are able to process in their minds, particularly when so much of our experience is expressed via language.

Some human universals relate to our language abilities. Onomatopoeias are words that phonetically imitate what they refer to. For example, when a person says ‘the French eat every part of the pig except the oink’, the word ‘oink’ is an onomatopoeia. Although onomatopoeia itself is universal, the sounds we report vary across cultures. French people use the onomatopoeia ‘groin groin’ to refer to the sound a pig makes, whilst English speakers tend to say ‘oink oink’.

Other linguistic universals include our tendency to have tabooed utterances, such as swear words. All societies also use proverbs. Regardless of the language they speak, humans also invariably use nouns, personal names and synonyms. There are other more complex linguistic concepts that are identified as universals, many of which seem to contribute to humankind’s strong tendency to create poetry. These include synesthetic metaphors – a way of expressing meaning by making a comparison between unrelated items. An example might be referring to a person’s ‘sweet touch’, which uses a taste sensation to describe a sensory one. The fact these poetic language devices are universal show how poetic a species we are.