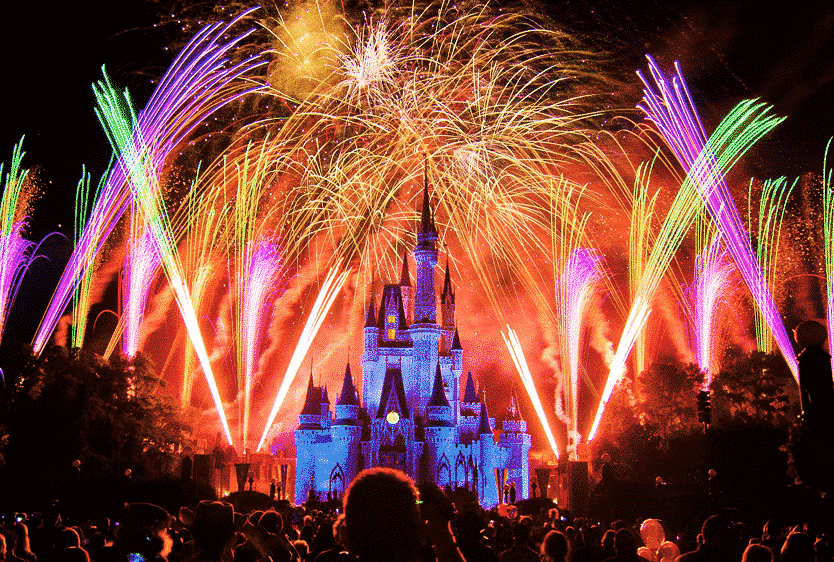 When Shanghai Disney Resort opens towards the beginning of 2016, it will represent just the latest move by western companies determined to entertain and profit from China’s new middle classes.

Chinese household spending on entertainment and leisure activities rose 56% in just one year between 2010 and 2011 and the rise in entertainment spend is predicted to continue for some time. Chinese consumers, or more specifically their newfound disposable spending power, are a serious target for the film and entertainment industry now scrambling to meet their desires.

Cinemas are being hurriedly constructed and theme parks are booming as both local and foreign enterprises battle for a share of the market.

When it comes to theme parks, Disney is really the dominant force. All but one of the world’s ten most visited parks belongs to the company. The corporation already has a large presence in Asia, with popular attractions in both Japan and Hong Kong.

So, it seems logical that the theme park behemoth should want to expand further to cover more area in a region hungry to be entertained. Once up and running, Shanghai’s Disneyland is expected to be visited by around 17 million people a year.

In opening Disneyland in Shanghai, Disney isn’t only chasing entrance ticket money from its successful theme park operation. The theme parks are just part of Disney’s wider media strategy, which sees the attractions fueling the other highly successful division of its empire: film and television.

In its domestic market Disney’s own TV network, the Disney Channel, introduces children to the entire Disney experience, enabling it to promote its films and other merchandise. But foreign ownership of TV stations is restricted in China, so Disney’s approach will be to use its Asian theme parks for market penetration. This could see Disney using the theme parks to push its film titles such as Iron Man and Spiderman, both selling well in Chinese cinemas, in order to increase merchandising revenue.

RELATED: Localization in the Film and TV Industries

Although crowded with visitors, Disney’s parks are hugely costly to run and not all the parks always break even. Pricey entrance fees cover most of the costs of hosting visitors but the majority of the profits come from notoriously expensive food inside the park, as well as merchandising from strategically-placed gift shops at ride exits.

Disney uses a number of techniques to encourage repeat visits, such as changing the routes that different rides take through the attractions and adding so much decorative detail that it can’t all be taken in during one visit. Editorial credit: / Shutterstock.com

Numbers vary, but some parks (such as California’s Disneyland) see high numbers of visitors who live locally while others see a high number of tourists from further afield. It’s likely that Disney will continue its approach of trying to encourage repeat visits to the Shanghai park.

Disneyland Paris – now one of Europe’s most-visited tourist attractions – sees such colossal visitor numbers that it has had significant regional impact. It’s estimated Disneyland Paris has contributed $50 billion to the Paris region’s economy and added a significant chunk to France’s foreign exchange income as overseas visitors flock to the attraction.

With Shanghai already an important regional hub, the presence of Disneyland is likely to distort the local economy, encouraging visitors to stay longer to attach a theme park visit onto their stay.

Although some voices grumble about American cultural imperialism and the social divisiveness of having such high ticket prices, the view from China is generally optimistic.

It’s thought the Disney corporation’s meticulous attention to detail and service standards – not to mention cleanliness and safety – could have a positive influence on the region’s theme park industry. It’s also likely that rivals and copycats will emerge around the region to cater to those that can’t travel to Shanghai, or can’t afford Disney’s stratospheric prices.

One expert blogger writing from China decided to break into the building site for the new Shanghai Disneyland and have a preview. His observations as to what the new park would be like were rather cynical.

“These kinds of theme parks are perfect for China–fun is fenced in, delimited into zones…There will be long lines which VIPs won’t need to stand in…. It’ll be packed and everyone will love it. They will have to because they will have no choice… No spitting or smoking or pissing in public will be allowed–but it will happen anyway. The moat will fill with trash and pollution.”

For Disney the important question is not how difficult it will be to keep the moat clean but whether the park will turn a profit. Although the company’s 13 theme parks attracted over 130m visitors in 2013, not all of them have consistently turned a profit and some have needed financial bailouts from the corporation. With huge running costs, even Disney’s most popular theme parks aren’t guaranteed to make ends meet.

Despite Disney’s massive corporate influence and power, some of their theme parks, such as Disneyland Paris, have needed financial assistance after making overly optimistic estimates regarding visitor numbers. Editorial credit: chrisdorney / Shutterstock.com

But the local presence of a major brand flagship such as this one is likely to be significant strategic move for the Disney corporation, and one that will complement its other ventures. It’s an opportunity to capture the imagination of a market that hasn’t grown up with Disney-owned Star Wars and Indiana Jones but could be introduced to these and other money-spinners such as Frozen and Toy Story.

Other growth areas in Asia which would be obvious targets for Disney include children’s educational media. With household incomes focused on a single child, and parents keen to invest in educational opportunities that will give their child an advantage, there’s a huge potential market for Disney’s educational games.

Disney has already had to adapt its culture to accommodate local attitudes. In Disneyland Paris, the locals reacted with horror when alcohol was initially banned from the park and Disney eventually reversed the policy.

The Haunted Mansion ride, popular in the US parks in both California and Florida, changed its title to Mystic Manor for the Hong Kong park and dropped the ghosts. Superstitious Chinese culture wasn’t ready to consider ghosts as jolly entertainment.

Disney even reconfigured the park layout in Asia, moving away from an epic “Main street” approach into the park and bringing visitors in via a large park which can accommodate local cultural events. And of course the refreshments have been localized, with popcorn now available flavored with soy sauce and mochi dumpling snacks carrying Toy Story themes.

It remains to be seen if the Shanghai Disney Resort will cover operating costs. For the Disney corporation, this major regional flagship may be more significant as a branding experience than as a money spinner in its own right.

China’s entertainment market is still being sliced up by media conglomerates: the opening of the new theme park is a significant move by a major industry player which will help determine the direction of this industry in the region.