How the Internet is Changing Language

Home » Translation Blog » How the Internet is Changing Language 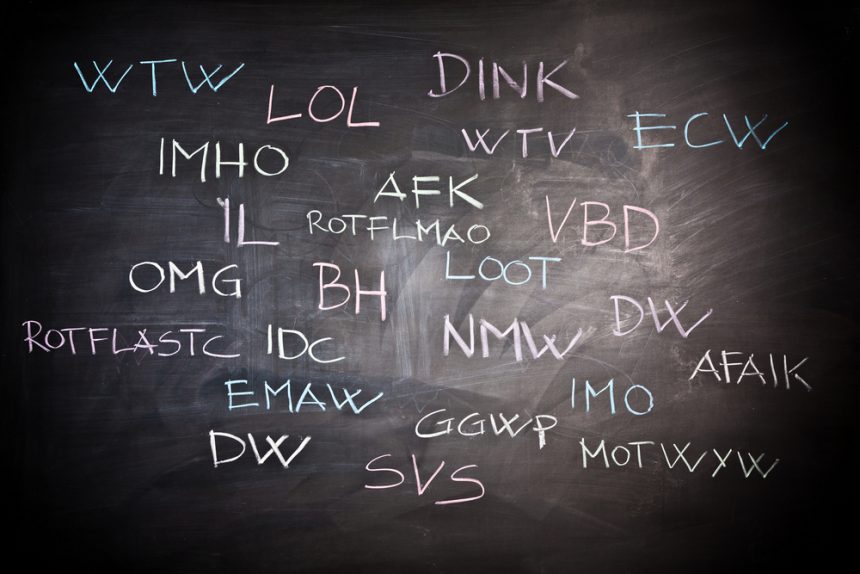 Prevalent use of the internet has spawned a number of linguistic conventions, many of which could have lasting impact on language.

Use of digital devices and the many opportunities for communication occasioned by the internet have required language to jump through many different hoops.

All these communication transactions bring us into contact with speakers of our language that we probably wouldn’t have encountered before the development of the World Wide Web.

How language is changing

Now that people are communicating in written form as never before, truncated turns of phrase and space- or keystroke-, efficient emoticons, and acronyms have become mainstream.

It’s perhaps right that Facebook should be one of the most influential sites: according to the Huffington Post, if Facebook were a country, it would be the most populated in the world.

While conventions such as “KR” for “kind regards” at the foot of an email are fairly widespread, some codes of speech and abbreviations don’t always stray outside particular online communities. Outside Mumsnet, few people know what DD and DS mean (“Darling Daughter” and “Darling Son”), however the internet also promotes the spread of slang terms that in previous times may have remained unique to smaller, local populations.

LOL (an acronym of “Laugh Out Loud”) is now regularly referred to by mainstream media, having spread beyond the social media platforms such as Tumblr and Reddit that almost definitely helped popularize the term. But as the internet matures, online conventions are also evolving over time.

LOL used to be a way to acknowledge, with only three keystrokes, that you found another web user’s input amusing. This term now seems to have undergone a semantic shift. It’s now more of a way to signal that a comment is intended to be funny, or to signal irony.

That change seems to have occurred within a short space of time and may have occurred as the use of LOL spread outside its original community to be adopted by a wider audience for their own use.

The internet as a threat to language

It’s interesting to consider the future of English now that the majority of English speakers are not native speakers of the language but are instead using it as a second, third, or even fourth language. It’s thought this could be the death knell for trickier and non-essential parts of English, such as the use of “whom” (which even native speakers rarely master).

Shortcuts used by American English speakers, such as “Ima” in place of “I am going to” are also becoming more prolific as users catch onto the economy of the term. Part of the reason for the spread of slang words is that, for the first time, slang terms that used to evolve and spread only within small closely-knit communities such as fans of a style of music in a particular geography are now played out in a more visible environment like the YouTube comments area for a particular music video.

That’s a need that’s exacerbated in particular by the informal, passionate and immediate kind of writing that the web occasions. It’s thought a few hundred years ago even the Kings of England were illiterate; only a few clerks needed to bother with the formal business of writing, which was reserved for serious purposes and used expensive materials like calfskin.

Language that’s especially useful to a particular set of users gets adopted very quickly. The use of the term “bae” – an abbreviation of the term of endearment “babe” or “baby”- to refer to a romantic partner is increasingly common though not yet entirely mainstream. It’s been quickly adopted in the chat forum Reddit, where users are deliberately anonymous: the term “bae” helps protect the user’s gender and is quicker to type than “my girlfriend” or “my husband.”

The conventions of that internet environment mean there’s a strong use case for useful, informal, gender neutral and, above all, short words. Perhaps the biggest impact of the internet on language is to promote the shorter ones at the expense of the lengthy and hard to type.

Concerns have been expressed about the growing informality of language, with special horror reserved for lazy terms such as “Ima” replacing the more grammatically correct ones. But those people who express concerns that the internet will create a new global creole version of the language are misunderstanding how creole languages develop.

Creole languages come about through the fusion of more than one separate languages; the fusion sometimes gets picked up as a language in its own right, such as in Haiti where Haitian Creole is an official language. But the internet isn’t “creolizing” the main body of the English language, despite many non-native speakers writing in their own versions of the language online.

Children are accessing the internet after learning their mother tongue, so internet’s power as a mother tongue is obviously limited in scope. Instead the impact may be that language users adapt more nimbly between the different environments in which they use different forms of language. Whilst Singaporeans might use “Singlish” (a sort of English spoken locally) with each other, they usually switch to standard English when communicating with outsiders.

A new exchange of language

The internet also offers opportunities for speakers of different versions of languages to communicate with one another as never before, leading to an exchange of ideas.

American and British English are already being used in the same web platforms, leading to seeding of conventions such as spelling and new words across both versions of the language.

Canadian recording artist Drake tweeted using the term YOLO (an acronym of You Only Live Once) back in 2011. Twitter analytics websites noted that use of the term subsequently spread and became more common across the internet. It’s now such a commonly understood term that British broadsheet newspaper the Telegraph recently expressed surprise that Ed Miliband, leader of the opposition, hadn’t heard of it.

Whilst YOLO had cropped up before in various rap and pop tracks, it seemed to become more mainstream about this time. That’s perhaps a measure of the influence the internet can have on publicizing language terms that would previously perhaps stayed within the fans of a particular genre of music. Cultures have always exchanged ideas – the internet is just assisting in that process and speeding things up.

A challenge to linguistic diversity

English continues to dominate the web; the amount of English language content far outweighs the number of mother tongue speakers in the world.

It’s thought that at least 80% of web content on the Internet is in one of ten languages, all of them fairly major ones such as Russian, Korean and German. Although this picture is changing, there are still language groups consisting of many millions of people that have little native language content available to them online.

Language diversity on the internet is likely to improve as multilingual nations and continents such as India and Africa increasingly come online and create their own content.

Sites such as Facebook are now starting to cater to other languages. But smaller languages – even those spoken by many millions of people – may not achieve the same level or variety of content as dominant web languages such as Arabic and Spanish.

The fact that language is humanity’s greatest tool may strengthen majority languages to the cost of minority ones, threatening the world’s linguistic diversity. That’s perhaps the greatest change that the internet poses to language across the globe.