Home » Translation Blog » How the World Saves Its Money 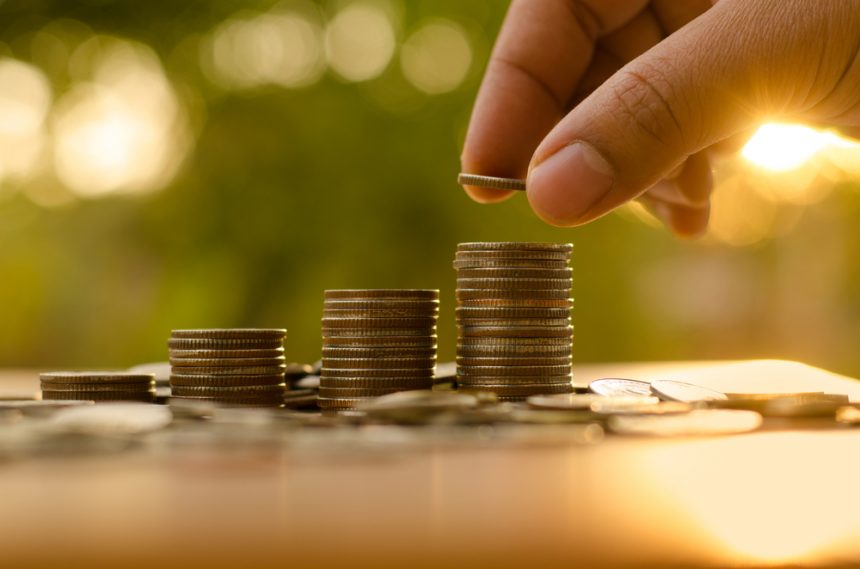 A recent survey by financial services website GOBankingRates found that 62% of American households have under $1k in savings. In fact, over a quarter have no savings at all.

It’s long been known that Americans don’t tend to be savers – especially compared to other nations such as China where around 30% of household income is saved. But what are the economic implications of these differing rates of saving – and what does it mean for the household’s purchasing decision-making?

One of the main impacts that a nation’s saving rate has is on domestic consumption levels.

In saving-averse America, households save only around 5% of income on average and consumption accounts for the majority of the economy – around 75% of it. In high-saving China the economy is made up of manufacturing and infrastructure, with only around 35% reliant on consumption.

It isn’t only Chinese households that save highly. Oil-rich Qatar is the world’s top-saving country, putting away around 59% of GDP. Kuwait is similar, saving over half its income.

It’s notable that 11 of the world’s 15 top-saving countries are oil producers.

Not only are these economies anticipating a time many years ahead when the oil runs out, but many are small economies vulnerable to shocks in the price of oil in the more immediate future. In fact their high savings rates often date back to times when the oil prices were peaking.

Why do the Chinese save so much?

Theories of cultural relativism suggest that saving behavior may partly be explained by a culture’s long- vs. short-term time orientation. Cultures with a long-term orientation tend to focus more on the future than the present, often deferring short-term gratification in favor of long-term rewards.

China certainly tends towards a long-term orientation, and the States a much shorter one. But this may not be the full story. China hasn’t always had such a passion for squirrelling money away. Historically, saving rates have been far lower. In 1990 the country saved about 19% of its income: today the figure is more like 30%.

China’s current high savings rates seem to reflect uncertainty in the future – state enterprise reforms have taken away massive social programs and made life riskier by taking away some of the collectivist safety nets. China’s saving behavior is what’s known as precautionary saving: they really are expecting a rainy day ahead. What’s strange is that savings rates are actually rising as incomes rise. Despite their higher disposable incomes, the Chinese are saving more of it than ever before. This could be based on cultural differences or simply a sign of pessimism about the future.

There are also social reasons why the Chinese save so much. The one child policy which ended very recently have meant more people were inclined to save for their old age to prevent burdening an only child with caring for elderly relatives.

China also has a fairly large working age population and these are the individuals most likely to be saving. House purchases require deposits of around 50%, and weddings are getting more and more lavish, so there’s often good reason to save even early in life.

Why Americans save so little

By contrast Americans may save little because they can ill afford to. Since the 2008 many households are living “paycheck to paycheck” and the tax incentives to save are much stronger for wealthier people than for the majority of households. The high cost of college education means many young earners are paying off debts rather than saving for the future.

Lower income households have a low range of options when it comes to saving as US banks don’t tend to make it easy for small depositors.

Small savers aren’t encouraged by minimum balance requirements. Loans are also freely available, which discourages precautionary saving, and there’s a national character of optimism about the future. According to The Atlantic magazine, this failure to save has contributed to inequality. The magazine claims that if the bottom 90% of households had saved just 3% of their income between 1986-2012, then their share of wealth would be a third higher than it is today. As it stands, the top 10% of US households own nearly 75% of the country’s wealth.

Is saving a good thing?

There are many benefits to saving, both for households and for a country’s economy. One of the advantages of high saving rates from a populous country such as China, and wealthy smaller ones such as Qatar and Kuwait, is that the oversupply of investment money keeps interest rates low around the world. This means businesses have freer access to loan capital to fuel their growth, which in turn benefits economic growth.

Basically there’s plenty of money available from Chinese households to fund house buyers and new factories being built in the US.

But this oversupply of investment funds also has downsides. It can lead to a greater number of risks being taken, for example riskier loans, which drives down interest rates. Ironically, the more saving capital there is the lower the interest rates are and the less incentive there is to save.

High global saving rates mean there’s a shortage of safe investment vehicles such as bonds, which drives up the price of those that are available. This can be seen in cities like London where a lack of options for investors drives many to invest in the property market, which has led to extremely high housing costs for residents.

But in an economy that’s already well-balanced, rising saving rates are generally seen as good news for domestic growth, as there are funds available for investment which in turn promotes further growth in GDP. Expanding businesses favor low interest rates and plentiful investment as they can easily access growth capital.

The reason China’s high saving rate is seen as problematic is because the domestic economy is unbalanced, favoring manufacturing that’s based on low labor costs.

It’s likely that pressure for wages to rise and rising costs of materials will make this sector less sustainable in the future, meaning China would benefit from a larger consumer sector to promote stability.

The future of saving

China’s savings rate is expected to decline in the future. If China’s export-focused economy can change its conservative spending habits and become more consumption-focused, the might of its own huge domestic market could be a significant source of demand both for internal suppliers and foreign brands. Unlocking pent-up capital locked in savings could really boost China’s economy – and represent lucrative opportunities for sellers outside the country.

Even if China does overcome its instinct to save, it’s likely that India will emerge as the next high-saving market. It’s thought that by 2017 the saving rate in this huge market could be over 30%: even greater than China’s is today.

Household saving in India is already high (over 30% in 2012), and it’s likely to fit the same pattern as other countries experiencing high and sustained growth i.e. increasing its savings rate as it becomes wealthier. More and more people are also coming into the banking system, meaning there are more savers starting to participate in the economy. For India at least, an increase in savings is likely to have positive effects on the local economy.