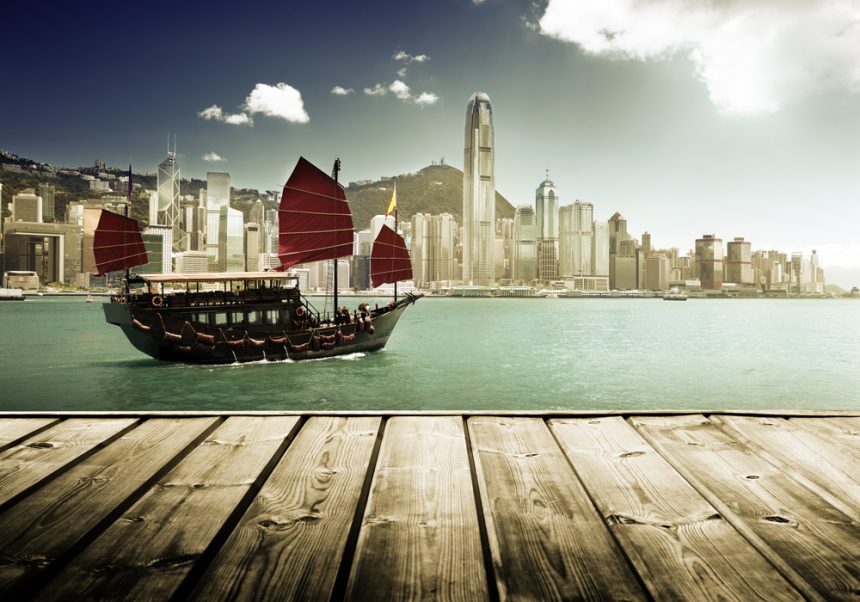 The historic Spice Route was a well trodden path formed by merchants bringing spices from exotic places such as Indonesia westwards via the Persian Gulf and through the Red Sea, before finally travelling overland through Europe to reach the tables of the West’s wealthy and powerful.

The old Spice Route wasn’t only bringing nutmeg across dozens of political borders: it also transported people and ideas along with the goods that were traded.

Online payment service PayPal has now defined a new “modern Spice Route” for the ecommerce age. At least, that’s the term it’s using to identify a global cross border shopping trend between six key markets that include China, Brazil, Germany, Australia, the UK and the USA. Although PayPal’s analysis only focuses on a limited number of trading partners, it’s a revealing snapshot of cross-border ecommerce trends.

In their analysis, PayPal examined shoppers in these key markets. According to the report, around 90 million consumers from these six countries are presently making ecommerce purchases from sellers in other countries. The total volume of their transactions totals around a hundred billion dollars a year.

The US is the most popular place for non-nationals to purchase from and an astonishing 84% of Chinese cross-border shoppers have purchased from US vendors. The UK is the next most popular place to buy from, followed by China and Hong Kong. Canada, Germany and Australia are also popular choices.

Shoppers in Argentina, Russia and Israel seem to be increasingly enthusiastic when it comes to purchasing from overseas. Trends have emerged showing the rapid growth in cross-border sales as Argentinians and Israelis increasingly purchase from online sellers in China and Brazil.

Consumers who buy online from overseas sellers are most interested in purchasing clothing and other apparel, or health and beauty products. Computers and other electronics are also popular, as is jewellery. International shoppers tend to be younger, better educated and wealthier than the average consumer: a good reason for ecommerce vendors to target these buyers from overseas.

What’s significant about this trend for cross-border ecommerce is that it’s consumer-driven. Whilst businesses have been buying from other overseas businesses for many years, consumers are now going directly to the product vendors themselves, despite being in another country to the seller.

It’s this removal of the intermediary that makes this shopping trend significant. In the middle ages, the end recipient of the spice route’s traded goods had very little idea where they came from. Consumers now are in much less doubt about the origins of their goods.

When consumers purchase from overseas it’s usually because the choice or price is better for them than domestic retailers can offer. On the flip side, the major barriers to purchasing from overseas are the difficulties of returning goods or getting refunds, concerns about shipping and delivery failures and also the added costs of importing once taxes are included. Interestingly, all these factors are more significant to online buyers than security concerns.

As part of the study, and in conjunction with Nielsen data, five new shopping “tribes” have been identified by PayPal from among the new cross border shoppers:

An avid mobile shopper, this individual is keen to seek out anything new and is actively hunting for new overseas sites to buy from. In fact, up to a third of their purchases are from overseas websites. This novelty seeker is willing to pay more for items that are novel and not available in their local area. Fearless adventurers are thought to be responsible for the lion’s share of online cross-border spend, at about 30% of total transaction value.

This person is extremely time-poor, and values convenience above all else. They’ll buy from overseas if it’s a brand they feel they can trust to deliver reliably. After the fearless adventurer, this type of person is responsible for the second biggest chunk of online cross-border spending.

This individual keenly compares online to make sure they’re getting the best value for the quality they are seeking. It’s thought these types of shopper could be the commonest persona among online shoppers.

This leisure shopper likes the choice available from overseas sellers but they are choosy about what they purchase and only buy if they feel secure.

This person doesn’t shop very often and usually buy from domestic sellers. However if they see a great deal from an overseas site, they’ll grab it. This group spends the least online when it comes to cross-border transactions, and is responsible for only 10% of ecommerce spend. Nevertheless, they are one of the largest groups, making up around 23% of cross-border shoppers.

It seems that the novelty-seeking fearless adventurer and the time-pressed efficient explorer might spend the most online but these types of shoppers are the least common. It’s the value voyagers that are the most common type of cross-border shopper. If you are hoping to sell across borders, it’s worth considering how you are catering to these different shopping personalities with your online proposition.

Whilst it used to be ships and seafaring technology that drove the growth of business along the old Spice Route, the modern route is driven by website localization, payment protection and online trust.

Improvements in these key areas are likely to be the main drivers as this cross-border flow of goods and services increases over the next few years. It’s thought that the cross border payments of this specific group of countries are likely to grow to around $300 bn by 2018.

PayPal’s analysis looks at only six countries and doesn’t describe the full picture of cross-border commerce worldwide. It’s a fairly arbitrary group of markets to look at, and focuses on the consumer side rather than business transactions, however the flow of transactions represented by this sample is clearly significant.

Cross-border commerce represents a real opportunity for many businesses to find new buyers overseas and the patterns of purchasing identified by PayPal help indicate which paths are already well-trodden by shoppers.