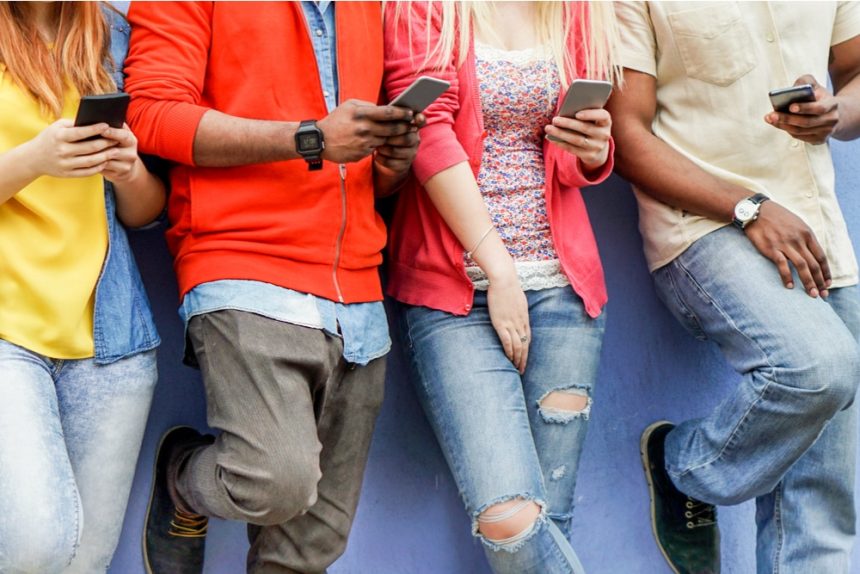 With close to 3 billion people now active on social media platforms, trends in social media reveal much about what humankind is thinking, feeling, and doing. Brands are challenged to respond to a fast-changing social media landscape which doesn’t always work in their favor.

2017 was the year that messaging apps really started to take over from social media networks when it came to share of audience attention. Although Facebook continues as the most active social platform, messaging app WhatsApp is not far behind in terms of user numbers and share of attention.

In fact, in 2017 more messages were sent via messaging apps such as Whatsapp, Facebook Messenger, WeChat, and QQ than were sent via email. That’s a significant new trend in the way we communicate.

We Are Social predicts that messaging apps will overtake social networks to become the world’s most active social platforms sometime in 2018. For brands, that represents a frustrating trend.

It’s much harder to reach consumers via messaging apps, and much harder to track them too. It introduces a whole new way to engage customers and measure campaign effectiveness.

In messaging apps, word-of-mouth is far more significant than metrics such as likes or shares. The entire social advertising model has so far been geared around social networks, so this may need re-thinking.

Hot on the heels of the messaging phenomenon is the emergence of AI; likely to be a strong and influential force in social channels in the future. Already several thousand chatbots have been developed specifically for use within FB Messenger. And it’s not surprising when you consider that social is customers’ top choice channel for customer care.

Messaging apps may be more private and enclosed than social networks, but that doesn’t mean they can’t be integrated with other services right across the web.

China’s WeChat app enables users to order takeout or a taxi, pay for eCommerce purchases, and book a doctor’s appointment. To thrive in a messaging app-dominated world, your brand may need to consider how it’s making itself useful within the messaging app landscape by integrating utilities.

Brands are starting to understand that emojis and stickers aren’t just cute illustrations to the real message, they are an important part of the communication itself. Users are sending billions of these images to one another daily, and brands aren’t necessarily keeping up with this trend.

Using emojis and harnessing the sticker phenomenon is going to be important to engage with audiences in future.

Video is still a highly important channel within social, but it’s still highly innovative. Novelties such as 360° video have emerged, live streaming is now normal, and VR is on the horizon. Video tends to get favorable reach, so it needs to be part of any brand’s content strategy.

The challenge for brands

Brands need to adapt to the new social landscape. Success ultimately boils down to learning to interact with people, rather than broadcasting to them with interruptive messages.

This includes the move to platforms such as Snapchat where users have more power to choose what content they view.

Social networking is no longer being used purely for personal reasons. Professional networking using social channels is now much more accepted. There are many reasons for this. A key one is probably that fact Millennials – the generation that’s grown up using social networking to communicate – are now well established in the workplace.

LinkedIn is a key part of many peoples’ professional lives, and teams regularly use dedicated work messaging apps such as Slack to organize projects. Facebook – a channel formerly used only for personal social networks – now hosts many professional groups and events. Slack had 4 million daily users by the end of 2016.

Perhaps the most surprising trend of all is the failure of social commerce to truly get established – at least in Western markets. All the major social sites have now implemented social commerce features within their apps and it feels like this trend is about to really take off.

In 2016 WeChat doubled the number of users who purchased via the messaging app – this kind of growth could be seen in other more western channels too in the near future.

Some pundits are predicting that ephemeral content is the next hot trend in social media. It’s an odd concept – content that vanishes like snowflakes. But the huge popularity of Snapchat, an app where content disappears in 24 hours or as soon as you view it, has inspired other platforms to follow suit.

Instagram has already launched disappearing content features, and Facebook has tested a similar idea for Messenger. Data from Shutterfly shows that half of people don’t ever look at their old photos, suggesting this kind of service matches regular behavior.

AI is also likely to start to emerge across a greater number of social media activities as other platforms seek to copy Snapchat’s popular AI-powered facial filters.

Facebook is looking into facial lenses, Instagram Stories is already seeing a large number of active users. Media giants such as Google and IBM are all pouring money into this area, so we’re likely to see some exciting developments in the near future. It’s likely that AI will be introduced into social adds and customer-brand interactions.

Canny brands are starting to understand that social offers the ability to engage with audiences at a deeper level, at scale.

Even luxury brands – the industry that’s been most intimidated by the emergence of digital – have managed to find ways to craft brand experiences to large audiences using messaging apps. Louis Vuitton is the latest to do so. Even industries that have previously struggled with social are starting to come round.