Home » Translation Blog » Cultural Sensitivity: How to Market Your Brand to Other Cultures 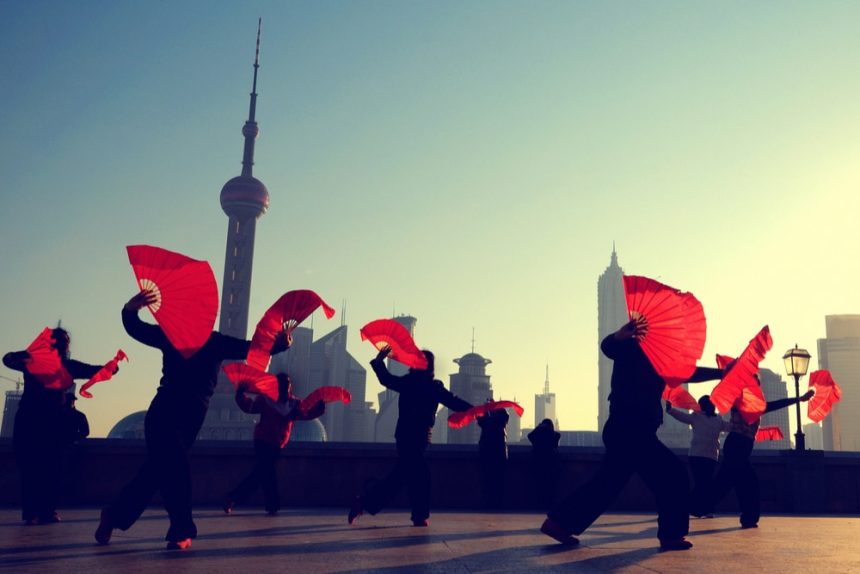 Expanding into new markets is increasingly becoming a priority for growing businesses around the world. Targeting lucrative, overseas markets is not only a linguistic challenge, but differences in culture can present an additional barrier to success.

While language is the carrier of culture, we also can’t forget the impact of the internet over the last 15 years. Not only does it reflect culture back at us, it also has the ability to change culture at a global level as we move into a digital future.

Ecommerce has vastly changed the way we purchased goods and services, and social media has a made significant impact in the way brands communicate with their customers. Misunderstand the cultural needs of a new market, and it can have a negative impact on how your product or service is received.

“Brands that are serious about engaging with consumers in foreign markets need to offer a more culturally relevant connection with their audience.”

That’s a statement found in a study commissioned by CMO Council, which looked at how successful global brands – including PepsiCo, Visa and Johnson & Johnson – use cultural sensitivity in order to stand out from the crowd, add value to their brand and remain relevant to their international customers.

Cultural sensitivity is the awareness of specific cultural factors that can influence research. For brands, it requires marketing teams to be aware of local cultural nuances and develop appropriate messaging that engages their target audience.

But what are some of the key issues brands should take into account when adopting cultural sensitivity into international marketing campaigns or launching products into a new market?

In Western markets, navigating away from gender stereotypes is probably one of the most common trends that brands are adopting when engaging with consumers. Marketers are beginning to realize that modern 21st-century consumers live more diverse, nuanced lives and aren’t necessarily governed by the traditional gender roles of the past.

In 2016, Unilever called for brands to consider the way they portray men, women and children in advertising. Based on multiple research studies in 25 markets over two years, the British-Dutch FMCG company revealed that 50% of ads showed a negative or “not progressive” stereotype of women and only 3% depicted them in managerial or professional roles.

Furthermore, it urged brands to do better when marketing products and services to consumers and a year later, brands including Facebook, Google and Alibaba joined Unilever by joining the Unstereotype Alliance.

But this isn’t the first time Unilever has attempted to tackle old-fashioned depictions of women when marketing its products to consumers.

In 2004, Dove launched its Campaign for Real Beauty to celebrate body positivity. The initial campaign was led by a striking image featuring a group of women with different body types and skin tones in their underwear – none of whom were professional models. 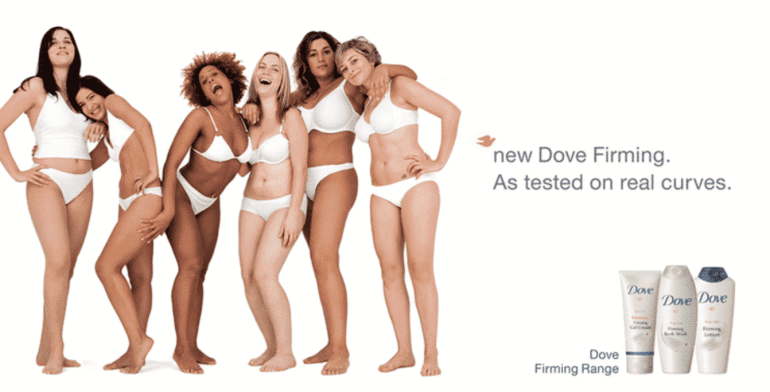 The Dove Campaign for Real Beauty is a worldwide marketing campaign launched by Unilever in 2004.

Although controversial at the time, the campaign followed up with headshot images of older women with captions such as “Will society ever accept ‘old’ as beautiful?”, promoting people to join an online debate on the brand’s website.

The campaign is still ongoing and has evolved into multiple, global TV and online campaigns, workshops, sleepover events, a book and even the production of a play. It’s considered one of modern marketing’s most talked-about success stories.

Brands in the fashion and beauty industry are also taking a leaf out of Unilever’s book by taking their marketing strategies into a new direction when engaging with younger audiences. A new athleisure campaign by ASOS titled, More Reasons to Move, featured women taking the lead in sports that are usually associated with men, including football and boxing.

There’s also been a keen focus on moving away from marketing toys directly to boys and girls as conversations around gender-related issues become common among younger generations, parents and the LGBTQ+ community.

READ MORE: The Rise of Gender Neutrality and its Impact on Language

As a result, a gender-neutral approach to marketing children’s toys is preferred in Western markets and is commonly seen on eCommerce sites such as Amazon. Countries including Sweden, Australia and the Netherlands have also all backed gender neutrality campaigns in recent years.

When localizing your content, it’s always important to pay close attention to words and phrases that are solely associated with your own culture.

Idioms may work well in engaging a particular group in your own country, but localizing colloquial phrases across languages and cultures may not elicit the same response. In some cases, you may even offend potential customers in the market you’re targeting.

Some linguists suggest that idioms are the most difficult items to translate in a localization project. That’s not surprising when you consider that idioms tend not to have the same or equivalent translation in other languages. Some localized phrases also tend to convey imagery that simply doesn’t fit the culture of the target market.

If uncertain, keep idioms to a minimum or avoid using them altogether.

Slang can also be troublesome when localizing your content. These words are difficult to interpret in other languages as they are unique to individual cultures.

Even marketing products across countries that speak the same language could get you into trouble. Words such as ‘peckish’, ‘quid’ or ‘faff’, commonly spoken by English speakers in the UK, may be rendered meaningless by natives of the US, Canada or Australia. Localizing words like these into an entirely different language could also spell disaster for your campaign in non-English speaking markets.

When tackling slang and idioms, try to work with native speakers of your target market or partner with a reputable language service provider with native, in-country linguists with Transcreation expertise who are best equipped to navigate the murky waters of cultural adaptation.

Similarly, photos, images, icons and logos can convey meanings that you may not have intended. From high street brands including Topshop and River Island to established fashion houses such as House of Holland, graphic prints featured on apparel and accessories is back on trend.

It’s best to take a prudent approach when choosing imagery for your products to ensure you don’t cause offense to customers in international markets.

Keep clear of controversial images, religious symbols or iconography, and take the time to study your market ahead of designing products for international audiences.

American retailer, Gap, recently had to apologize after it released a T-shirt showing the incorrect map of China. The apology was announced after a comment surfaced on social media claiming that Chinese-claimed territories, including south Tibet, the island of Taiwan and the South China Sea were omitted from the print. 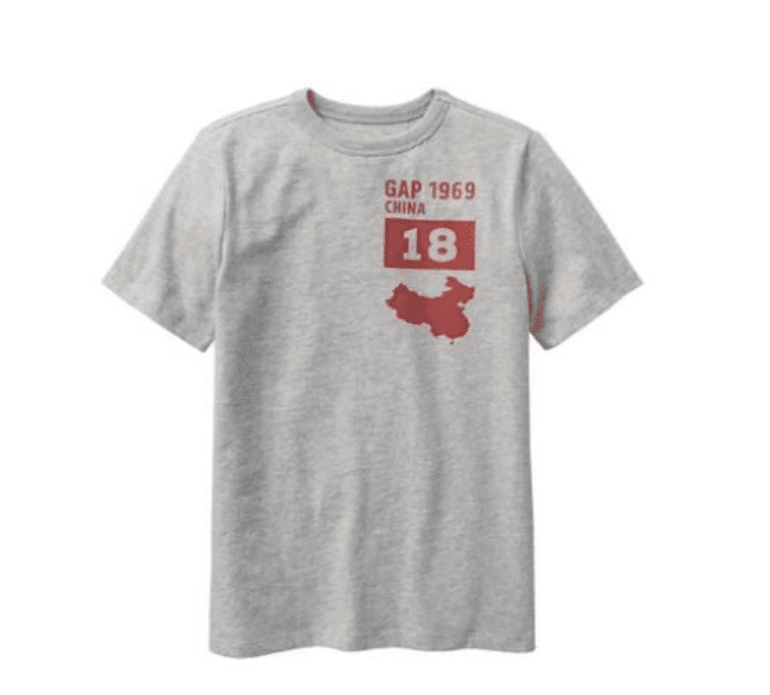 While the US retailer had to pull the product from the Chinese market, what’s interesting about this case is that the comment came from a Chinese Weibo user commenting on a picture of the T-shirt in a Canadian store. It’s a clear example that brands can still get into trouble in territories close to home when using images that don’t necessarily relate to their own culture.

There have also been multiple cases of fashion designers traveling to countries in East Asia to photograph street art to include in their new designs. Unbeknownst to them, the text translated in their designs contained racist or sexual content. If you aren’t able to translate symbols or text from other cultures it would be wise to have them checked by a native speaker of the target language.

Product packaging not only plays a vital role in how your product stands out from your competitors but also how your brand is perceived – especially when you launch new products internationally.

When Pampers first launched its diaper brand in Japan, the company continued to use an image of a stork carrying a used diaper in its beak in its packaging and campaign imagery.

Although the myth of storks delivering babies to new parents is quite common in the UK and the US, Japanese culture depicts the myth as a floating giant peach delivering newborn to its parents. 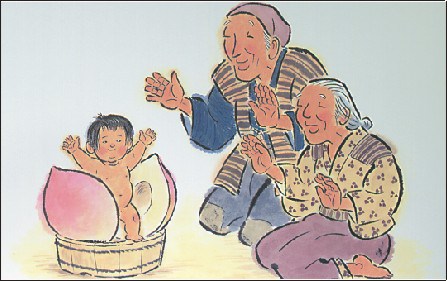 A depiction of Momotarō, a popular hero of Japanese folklore originating from Okayama Prefecture, in which came to Earth inside a giant peach. Image credit: Kamishibai.com

Although the campaign made its mark in the Japanese market, it wasn’t for the right reasons – consumers in Japan found the Pampers packaging extremely confusing.

In the beauty industry, packaging of products aimed at younger customers often have implicit references towards sexuality or sex appeal. It would be wise you err on the side of caution when launching the same products in countries that may deem such packaging inappropriate.

While research suggests that attitudes towards overt notions of sex appeal in advertisements in Asian markets are changing, it’s important that brands conduct the necessary cultural sensitivity checks to understand how different cultures respond to certain imagery, ideas and symbols. Even particular fonts and colors can trigger an unfavored response to your brand in certain markets.

If you want your product or service to be successful internationally, implementing a cultural sensitivity strategy within your wider marketing objectives – in each market – will allow your brand to stand out from the crowd and remain competitive.

When Gillette made the bold move to market its brand of 48-hour deodorant to the Orthodox Jewish community, who traditional don’t shave and were unaware of brand, it made the intuitive decision to work directly with the Jewish community in Israel.

During the 24-hour Sabbath, Orthodox Jews are prohibited from doing anything that’s considered work – even applying deodorant. This, of course, can make praying in packed synagogues during a 24-hour period quite uncomfortable.

In order to target this particular community with its 48-hour deodorant, the Proctor and Gamble-owned brand devised a dynamic and interactive ad campaign months before the 24-hour Sabbath.

This included partnering with synagogues and providing synagogue members with test products, running print ads in the most popular community publications and sponsoring the popular candle lighting schedules that appear on the front page of newspapers read by Gillette’s target audience.

Furthermore, the brand secured the last radio advertisement just minutes before the Sabbath began. As a result, Gillette increased its share of the Orthodox market in Israel alone from 3% to 15% in just two months.

If you intend to market your brand to different cultures, a copy-and-paste approach to your brand message or marketing campaign will pose significant challenges.

The devil is in the detail. Applying cultural sensitivity to your wider marketing strategy will ensure that you can effectively market your product in new territories, leverage your brand against foreign competitors and foster brand loyalty with local customers.