Home » Translation Blog » Why Demand for Localized Content is Booming 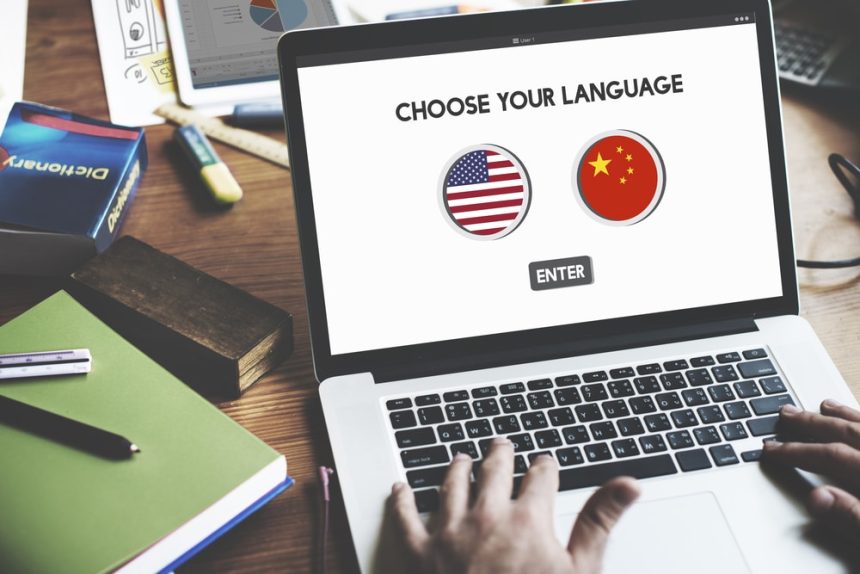 Global demand for translation services is growing at a respectable rate of 5.5% annually. It’s thought this rate could rise to up to 7.5% in 2018. This higher demand for translated materials is mostly due to brands expanding their areas of operation. Cross-border eCommerce is increasing, with consumers becoming more confident and informed about buying from overseas brands.

Brands are venturing abroad and trying to meet the needs of consumers outside their home market. As a result, companies are finding more and more reasons to get materials translated.

Alongside the boom in pure language translation services, there’s also growth in demand for transcreation services.

Transcreation adds value to translation services by ensuring the cultural context of brand messaging is also successfully relayed into the target market. It adapts the style, tone, and context of a brand’s materials so that they have the desired effect on a new audience.

Canny brands are wising up to the importance of using transcreation as a way of tailoring their approach to new audiences.

This requires the translation industry to skill up their offering, and adapt to creating new kinds of translation projects. In some cases, translation and transcreation services are becoming increasingly specialized, as translators focus on particular areas such as gaming localization.

As brands become increasingly international in their outlook, they’re recognizing that crude translation of materials no longer cuts the mustard.

There’s huge competition in areas such as the apps and mobile games market, and these need to be well adapted to local markets if they are to succeed there. Consumers no longer tolerate a poor translation or an experience that isn’t adapted to their needs.

If an app or game isn’t up to standard, they can easily find another one that is.

Successful transcreation of messages and materials can make or break a brand’s foray overseas. With brands prepared to invest large sums into a foreign venture, transcreation costs are just a small part of what’s often a very large investment.

Major emerging markets such as India and China can be tough to crack, but offer significant opportunity for brands that are successful.

Brands are often able to take advantage of growth funding from investors to fuel an overseas expansion, and sometimes there are also grants available from the government to support firms that want to export. This also helps support the demand for transcreation services.

It’s an increasingly competitive world. Brands that may once have thrived with little opposition in their home market now face threats from new market entrants from abroad. Brands that once competed solely in their domestic market may now find a wider platform for rivalry as new opportunities emerge abroad.

To avoid being left behind by competitors who dare make the leap to new markets, brands are often seeking to expand overseas in order to compete against old rivals. This expansion in competitiveness just fuels the drive to invest in services to help brands compete on a global stage.

But translation and transcreation services aren’t just required for expansion to different countries. Brands are also learning not to neglect different cultural and language groups within their existing markets.

One such example is the US, where brands are increasingly taking the Hispanic market into account. In 2000 the census identified that around 40m Americans spoke a language other than English at home; in 2011 it was thought to be closer to 60m.

In the majority of cases, the household language is Spanish, but Asian languages are also spoken by a sizeable minority. Mainstream US brands are increasingly interested in marketing to these sections of the population because they represent a significant audience.

The future of transcreation

Some of the world’s most significant emerging markets are linguistically complex. India is one example: many hundreds of languages are spoken across the subcontinent, and some language groups have large populations.

Languages such as Kannada, Malayalam, and Odia are all spoken by more than 25 million Indians.

Some language groups are also culturally distinct; the ethnolinguistic group of people known as the Oriya people have particular traditions and cultural attitudes as well as their Odia language to identify them.

Sizeable, linguistically and culturally distinct groups such as these in emerging markets may be prime targets for international brands and provide the work of the future of the transcreation industry.

With household incomes rising in the India, and a huge market to consider, a brand’s best strategy may be to segment by language and culture in order to carve off a slice of the market.

But there are threats as well as opportunities on the horizon for the translation and transcreation industry.

Although translation jobs could be at risk, it’s hard to see how AI can replace transcreation services.

It’s likely that human intervention will still be needed to craft effective messages and culturally-significant materials to communicate with new audiences.

Although AI is a disruptive force, it’s unlikely to be able to replace human input when brands communicate with new markets.

It’s highly likely that there will be a significant change to the industry in the future, as new opportunities emerge and AI disrupts the market.