When speaking of grammatical genders, one might wonder what grammar has to do with sex. Not much, to be honest. The original meaning of ‘gender’ was ‘race’, ‘type’ or ‘kind.’ As a matter of fact, ‘gender’ has the same origin as ‘genre’ and ‘genus.’ But then, the Greek philosophers decided to complicate things once again and started using the noun genos (‘type’ or ‘race’) to refer to one specific division of things into three types: males (humans and animals), females and inanimate objects. From Greek, this passed on to Latin and consequently to other European languages, including Old English.

Old English was a highly inflected language, which means that besides the four cases (nominative, genitive, dative and accusative), two numbers (singular, plural) and three grammatical genders (feminine, masculine, neuter) were visible inflections on nouns, adjectives and determiners. However, there was a general transformation of the English language from Old to Middle English that contributed towards the gradual reduction of the inflectional system on nouns, adjectives and determiners. Grammatical genders vanished and natural genders (i.e. the gender to which a noun or pronoun would be expected to belong based on relevant attributes of its referent) developed.

Genders on Old English nouns were often not determined by meaning, sometimes even in contradiction with their meaning and were therefore troublesome, e.g. wife was neuter, whilst woman was masculine (Note: woman derives from the Old English word wif-man, literally ‘woman-human being’ and in Old English the gender was assigned to the last element of the compound, in this instance ‘man’).

Modern languages vary greatly within their gender system. Only one-forth of the world’s languages have a system of noun classification. Languages such as Finnish, Hungarian, Estonian, Turkish, Indonesian and Vietnamese (to name just a few) do not have grammatical genders at all. Other languages have a gender distinction based on ‘animacy’, the distinction between animate beings (humans and animals of both sexes) and inanimate objects. Yet other languages differentiate between human and non-human (animals and inanimate things), whilst others draw a much more specific line:

The Australian language Ngan’gityemerri is said to have up to fifteen genders, including masculine human, feminine human, vegetables, drinks, canines, non-canine animals and two different genders for spears. Other logical genders like this can be found in Tamil, where three genders exist: masculine, feminine and neuter. Here it is straight forward: men (and male gods) belong to the masculine group, women (and goddess) are feminine and everything else, including animals and objects are neuter.

However, grammatical genders do not always make sense. Only a handful of languages actually group together objects with similar vital properties – the majority of languages are inconsistent and not transparent, e.g. French, Italian, Spanish, Portuguese, German, Russian, Dutch, Swedish, Norwegian, Danish, Polish, Czech and Greek.

Nevertheless, a core group of nouns is usually assigned to a certain grammatical gender in a consistent way. Male human beings are almost always assigned to the masculine gender, whereas women are often denied belonging to the feminine gender. For instance, in German, das Mädchen (‘the girl’) is neuter, as well as das Fräulein (‘unmarried woman’) and das Weib (‘woman’, cognate with English ‘wife’).

But the real confusion starts when we look at inanimate objects: a Frenchman’s beard is feminine (la barbe), the Russian water is feminine, but when you have dipped a tea bag inside ‘her’, she becomes masculine. The grammatical genders of German cutlery are hilarious, too: das Messer (‘the knife’) is an ‘it’, but der Löffel (‘the spoon’) with his hairy chest is masculine, whilst die Gabel (‘the fork’) represents a feminine figure. And in Spanish it is the opposite: the spoon (la cuchara) is feminine and the fork (el tenedor) masculine.

Another peculiar example is the African language Supyire which has five genders: humans, small things, big things, collectives and liquids. The gender ‘big things’ include, as you probably would have expected, all the big animals: giraffe, hippopotamus, horse, etc. But one animal was not considered big enough and was assigned to the human class – the elephant!

But as one wise man once said: “The problem is not how to find more such examples, it is how to stop”…

One final thought, though: gender markers do not always appear exclusively on nouns. They can also appear on adjectives and articles (which is common), but astonishingly in some Slavic languages, a suffix –a is added to some verbs when the subject is feminine.

Are you a native English speaker that experienced the joy of learning a second language in school? Tell us about your experiences learning the grammatical gender system in a foreign language! 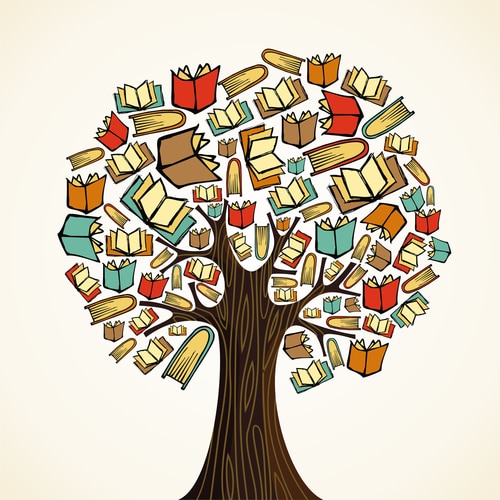