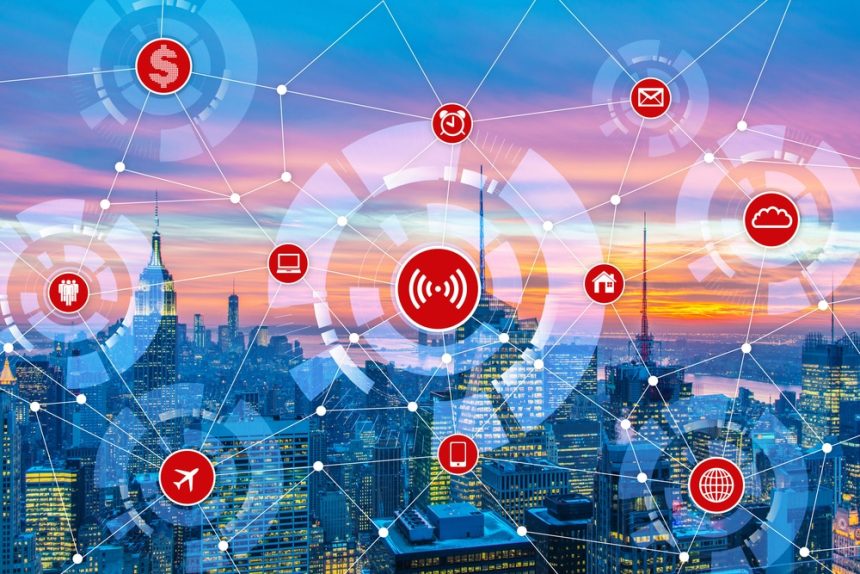 If there’s one technology that’s getting people excited it’s the Internet of Things (IoT) – the interconnection of devices in everyday objects. From reordering washing up liquid with Amazon’s Dash button to turning on lights in your home with a virtual assistant like Google Home, the IoT is slowly becoming less siloed to a specific point – like the home or the workplace – and moving more towards a connected world.

The main benefit of IoT devices is arguably the wealth of data each device transmits. By analyzing the information collected and connecting to automotive systems, IoT devices have the ability to analyze data, create actions and learn from processes.

For example, US owned Concrete Sensors have developed devices that can be inserted into concrete and provide data on the material’s condition. If developed further this type of technology could have the potential to be used by local authorities to monitor the state of motorways or residential roads to minimize future road works.

By applying insight contextually, the IoT is already beginning to augment entire industries by providing opportunities to become more efficient in the tasks they perform while helping to create new and innovative ways to deliver goods and services.

But how is this affecting financial services and will it have a prominent role in this interconnected world?

We’ve already seen some successful examples of the IoT being implemented in the insurance sector where internet connected devices are used by vehicle and health insurance companies to provide personalized products and services to policyholders.

By analysing when and where the policyholder drives to and including attributes such as driving style, insurers are able to score how ‘safely’ telematic policyholders drive to provide a truly personalised policy price.

The popularity of telematics car insurance policies seems to be on the increase with over 450,000 active policies in the UK alone coupled with a 40% increase in policies in 2016 – according to the British Insurance Brokers’ Association.

Interestingly, some drivers revise their approach to vehicle maintenance and change their driving style when receiving their telematics reports which is a benefit to both insurers and the drivers themselves.

By providing statistics on distance, time spent traveling and fuel consumption data, drivers in India have the opportunity to correct their driving behavior in real-time in order to drive safely and reduce fuel and insurance costs.

This data is then transmitted via a smartwatch or smartphone to the insurer’s database via the internet where individual health insurance pricing is calculated dynamically depending on the health situation of the customer – again, costs can be saved by both the customer and insurer.

In the similar vein to black box car insurance policyholders, customers who opt-in for dynamically priced health insurance via wearable technology, are incentivised to make considerable alterations to their physical activity to avoid high premiums.

While retail banking is making more promising advancements in the development of mobile technology – in particular, mobile payments – banks also have the opportunity to capitalize on the increased use of IoT technology with third-party finance companies.

A great example is Visa’s Mobile Location Confirmation service allows banks to make better risk decisions with card payments. The optional service – which is currently active in the US – allows customers to provide real-time location data to Visa.

Although customers may feel uneasy about continuously sending their location data to a large financial institution, the most obvious advantage of this service is when customers are travelling abroad.

Once a cardholder has enrolled in the service, data is sent to Visa via a smartphone app. This data is then matched to the location of the transaction. If the cardholder’s mobile device is in the same location as the payment transaction, the issuing bank can approve the transaction with more confidence.

Customers can feel confident about using their credit or debit cards abroad without running the risk of embarrassing declined transactions and laborious calls the to bank to unblock cards or transfer funds from other accounts to access their money.

Along with Mobile Location Configuration, Visa has also recently partnered with IBM Watson’s new IoT division. The aim of the partnership is to bring the point of sale anywhere securely between the merchant and the customer using the Visa Token Service and the IBM Watson IoT platform.

In the future, we could see a car’s online ecosystem connected to eCommerce-based IoT platforms and a driver would be alerted to when the MOT is about to expire or if car parts need to be replaced.

Using a registered Visa credit or debit card – at the push of a button, a service appointment could be booked, car parts ordered and even petrol automatically paid for using sensors connecting the car to the petrol pump.

By leveraging the Visa Token Service – which bypasses a cardholder’s sensitive information such as a debit card number – IBM Watson IoT will be able to use unique digital identifiers provided by Visa to process payments between customers and retailers.

These forms of automotive payments could lead to banks and financial companies playing a more integrated and cohesive role in our lives.

Accessing customer data captured by multiple smart devices can provide banks with a holistic view of their customers’ personal finances. Real-time data can be used to anticipate customer needs in order to provide relevant and personalized products or make objective risk decisions when customers apply for credit.

Security worries from customers and financial business alike is a significant issue for the IoT market, in particular, defective or ‘Rogue Devices’.

In order for financial institutions to fully leverage the spectrum of capabilities provided by portable networked devices, IoT companies will need to consider what happens when these devices become defective.

Vulnerabilities in IoT devices will inevitably provide opportunities for cyber-criminals to penetrate networks, modify the behavior of surrounding trustworthy devices or intercept information in transit.

We’ve also seen some questionable examples of devices being shipped with vulnerabilities that could have been easily foreseen with additional testing. Most notably, an incident in 2014 when LIFX light bulbs exposed home WiFi passwords to hackers within 30 meters of the devices.

While the weakness was fixed with a simple firmware update, it’s important for IoT manufacturers to double up on due diligence with potential security risks.

We also can’t fail to mention the amount of cheap and insecure IoT devices on the market that could leave users susceptible to vulnerabilities such as DDoS attacks – designed to bring down networks by flooding them with useless traffic.

We could see manufacturers and service providers working proactively to deal with DDoS mitigation due to the lack of regulation regarding the resilience of the firmware which operates IoT devices.

A solid DDoS mitigation strategy in conjunction with partnerships with DDoS mitigation providers and financial institutions would be an effective way companies can protect themselves and their customers from such attacks.

Incorporating built-in security functions will also need to be considered in the future as well as secure disposal services, disabling stolen or damaged devices and enabling devices to assess the trustworthiness of nearby devices while isolating themselves from untrustworthy devices.

It’s unclear who’s going to own the data being transferred by multiple devices and whether customers will maintain full control of the entire process. But what we do know is that these questions – including security developments – are part of a dialogue that is only just beginning.

Connected personal fitness devices, intelligent cars, personal assistants and medical devices are all starting to shape our digital future. If financial services and institutions want to truly ride the innovation train, it’s important for them to join the discussion sooner rather than later.