The ‘Jilted Generation’: Why Are Businesses Ignoring Generation X in Favor of Millennials?

Home » Translation Blog » The ‘Jilted Generation’: Why Are Businesses Ignoring Generation X in Favor of Millennials? 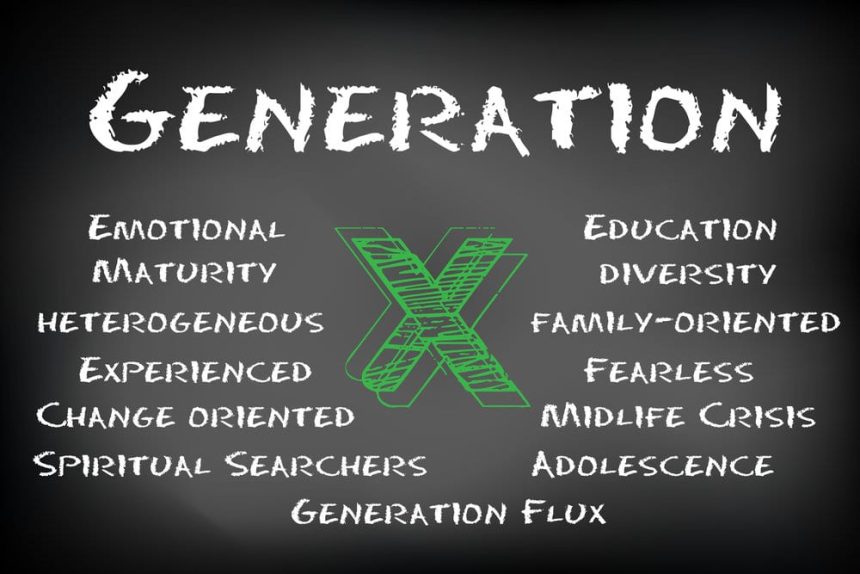 Brands spend a great deal of time wringing their hands about the millennial generation – how to engage with them, how to retain their fickle loyalty. But are they chasing the wrong target audience?

The 34-45 year age group known as Generation X now has a spending power greater than any other. Their average income is now higher than that of Baby Boomers and although they are a smaller demographic than the Millennial one, a recent study by Yahoo found marketers underestimate this group’s influence.

In the US there are 81 million people aged 34-45, the age group most often described as Generation X, and these control just under a third of estimated net worth.

ONS data from the UK classes Gen X as the demographic aged between 34-55, a slightly wider age range than the group studied in the US. The UK group represents 28% of the total population and the generation with the highest spending power.

While it’s recognized that this generation may be stretched between looking after both young children and elderly parents, they don’t necessarily see themselves as just parents and carers.

Self-image matters to these Britons, and they value having a beautiful home and looking good themselves. This opens up a myriad of possibilities for marketers.

The folly of targeting millennials

In the UK particularly, Millennials bear the brunt of the housing crisis and economic woes. Now that the Brexit vote has wiped at least 2% off future growth forecasts, they face gloomy long-term prospects and their lifetime earning prospects compare poorly against previous generations.

They can also expect to spend far more on housing costs: in real terms, they’ll spend £44,000 more on rent in their 20’s than Baby Boomers did at the same age. Find source

Brands know they have a problem engaging with Millennials. These younger consumers are less predictable in their media habits compared to prior generations, and they are notoriously less brand-loyal and don’t associate consumerism with reward.

To some extent, Gen X is less difficult to reach. They are willing to engage with brands on social media (around a third consume branded content), and they respond well when brands genuinely make their lives simpler and more convenient or inspire and entertain them.

But brands don’t always manage to get it right when it comes to marketing to Generation X; a generation whose habits seem to defy marketers’ expectations.

People are marrying and having children later, or doing neither. The generation is more likely to be single than ever before, and have more active and varied social lives than the same age group has in the past.

Gender roles are also different: men aren’t likely to see themselves as the main breadwinner, and 60% consider themselves to be the main decision maker when it comes to grocery purchasing.

People in or approaching their 40’s no longer behave or feel as marketers seem to think they should, and the result is marketing and advertising that often makes the intended recipient cringe. Advertising that plays on age or gender stereotypes is also far less likely to hit the mark, and may horribly misfire.

For example, consumers are increasingly resistant to the idea that only white female housewives use laundry detergent, and resent this being repeatedly depicted in ads.

In 2016 Unilever announced it planned to drop sexist stereotyping from its ads after its own research found that 40% of women did not identify at all with the women they see in advertising.

And no wonder. Just 3% of ads presented women as having any authority such as managerial, leadership or professional roles, and ads generally portrayed women as rather dour – only 1% of ads in their study showed women being funny.

Women just don’t recognize these as true reflections of their lives, and that’s particularly true of Gen X where women are highly likely to have reached seniority at work and less likely to be preoccupied with getting stains out of whites.

One industry that’s not always getting it right in reaching Gen X is the beauty and cosmetics industry, which is notorious for its focus on youth.

A recent Harper Bazaar issue themed on “Fabulous at Every Age” used a 21-year old supermodel as its main image. Although the industry has a few brand ambassadors in the 40+ age group (notably Julianne Moore and Jennifer Lopez), these women don’t actually show their age.

There certainly isn’t equal representation of models of different age groups, enhancing the feeling that all effort is targeted at the Millennial generation.

This attitude of ignoring slightly older women is shortsighted. Research by Culture Marketing agency Inkling suggests that looking good really matters to this generation, and they feel pressure to compete with others in their appearance.

Their busy professional and home lives mean that they are actively looking for quick, fuss-free beauty solutions.

New brands such as Stroke of Beauty and Nudestix are finding ways to appeal to Generation X.

Nudestix aims for busy multi-taskers who don’t have a lot of time to perfect a look and still want make-up packaging that looks sleek and sophisticated. Although it’s popular with ‘40-somethings’, the brand also has a younger following.

Stila cosmetics is also trying to widen its appeal and reach a broader age range. It’s making its packaging a little more sophisticated and classic, and focusing on promises that may appeal to time-poor Gen Xers such as makeup durability and ease of use.

Where to reach Gen X

Mobile is a good way to reach Gen X: 79% of US Gen Xers have one, rising to an expected 88% next year. It’s known that they are tech-savvy, and comfortable using different devices.

A recent Nielsen report even reported that they were more addicted to social media than their younger counterparts.

The same report advised that female Gen Xers had a high propensity to interact on Facebook about a TV show, so if you figure out what they are watching then you know how to reach them online.

In the UK, it’s striking to see where the generations are concentrated. Retired Baby Boomers are disproportionately found in rural and suburban areas, while Millennials cluster in the heart of university cities. Gen X dominates across the whole of Northern Ireland and South East England, around the wider London area.

In fact, any area within commuting distance of a major UK city has a dominant population of Generation Xers.

Fundamentally, the key to reaching Gen X is to find a message that really understands their needs. This time-poor generation is interested in solutions that make their stretched lives better: brands that can really grasp this can manage to cut through the noise and engage with them successfully.