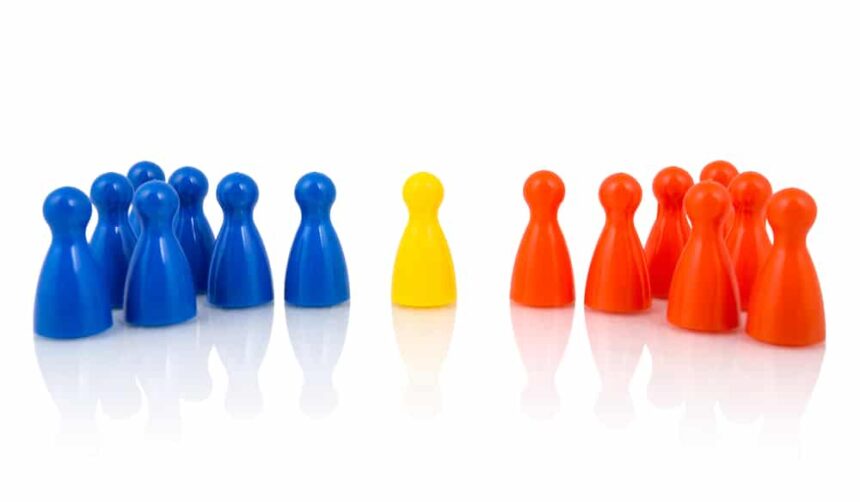 They dictate what we think is right and wrong, socially acceptable or unacceptable, what embarrasses us and what makes us admire or condemn others.

Whilst it is possible to achieve awareness of how our cultural conditioning informs our judgement, it’s hard to stray far from our core beliefs. Individuals can achieve respect and understanding of cultures whose values are at odds with their own, but it’s unlikely to change their deeply held opinion about what is essentially the right and wrong way to do things.

Add a language gap to any cross-cultural negotiation process and you’re faced with two negotiating parties that are very compromised in terms of how they communicate.

The cultural contrasts in the values of three different cultures are shown in the table below in order of importance.

The most important values to Americans are freedom and independence. To the Japanese it’s about belonging and group harmony, and Arabs place their family situation first. Whilst there’s much to recommend all of these values, attempting to negotiate between parties from these different contrasting cultures is likely to be difficult.

In a negotiating situation, Americans tend to be inclined to give decision-making power to one person, whereas decision-making in Japan tends to be done by consensus across the business. This means negotiations take longer in Japan than in the States and may offend the cultural values of the American party to the deal, who may value decisiveness and productivity rather than several rounds of consensus-seeking meetings with various parties involved in the decision-making process.

These kinds of differences in cultural values which inform how the negotiation process runs may cause frustration for both sides, but are relatively trivial compared to culture clashes which offend the essential values of each party.

Such a situation arose when a trio of expat British musicians in Hong Kong were booked to play at a series of formal business events. They played their string instruments at the event and the classical music was well-received by the audience.

However, after the first night’s work the two men in the group were approached by the local organiser and asked if they could drop the third musician, a talented violinist, and find a replacement.

The two men were surprised by the request as they thought she was a very strong musician. They were told the problem was not the standard of her playing but her weight – a heavy female musician wasn’t considered aesthetically pleasing enough for formal events.

This kind of clash of cultural values is likely to leave at least one party feeling slighted and is also unlikely to achieve progress. In an ideal situation, both parties would understand one another sufficiently that they would find ways to avoid this confrontation between their core values.

The problem with cultural values however is that we’re often not even aware that we have them until they are challenged, and we assume everyone holds the same beliefs as us about what’s right and wrong.

Cultural ideals and understanding don’t just impact on what’s said and done at the negotiating table. Different cultural perspectives can completely change the nature of the game, leaving both parties feeling they were never on the same page to begin with.

One US company had been in negotiations with a Japanese client for some time and were at what was clearly the final stages of a large deal. They decided to send one of their top sales managers over to close the deal in person.

When the salesperson arrived in Japan the meetings were set up, but it emerged these were with more junior decision makers than had originally been envisaged. The US office was being told that key decision makers were unavailable and it was clear the Japanese side did not feel they were at the same advanced stage of negotiations as the US firm had understood. It was like they were right back at the start. Their salesperson returned home puzzled.

What the US firm hadn’t understood was that their decision to send a female sales manager over to close the deal had sent a particular signal to their Japanese partner. In Japan’s culture, women have a lowly status in the workplace.

Because the US office sent a female manager it was assumed she was more junior and was visiting to clarify minor details rather than close the deal. Both sides were equally puzzled by the misunderstanding.

The difficulty in this situation is that gender equality is valued in the US and it’s considered important to choose the right person for the job irrespective of their gender. This means that the US company’s values are compromised in this negotiating situation.

Do they accept the values of their Japanese client in future negotiations, and send a male representative, or stick by their guns and send the person they felt was the strongest sales manager?

To some extent it’s possible for improved communication to smooth out this situation. An improved flow of information from the States might have made it clear to the Japanese partner that the salesperson they were sending was very senior and was intended to be taken seriously.

Good negotiations rarely start with asking one party to suspend their core values, which makes such an approach fraught with difficulties.

The most successful cross-cultural negotiations take place when both parties understand each others’ perspective and achieve a level of empathy before they go to the negotiating table.

Not only is it important to understand the customs and etiquette of the other party (such as business card etiquette and how to shake hands or bow to your associates) but it’s also vital to try to understand the core values of the other side. This is a challenging task, not least because it’s difficult to generalize about any set of individuals even within an identifiable culture.

Removing the emotions of frustration and anger from the situation is also important. It’s difficult to remain aloof when your core values are compromised, and this can affect your judgement.

Many cultures have a habit of using go-betweens to sort out the detail, and in international business it’s common to use professional negotiating parties to smooth things out before a final face-to-face encounter formally seals the deal.

Whilst many managers may have faith in their own ability to negotiate in person, it can be advisable to use go-betweens where the manager is not well versed in the culture they are going into.

It’s also the case that, should negotiations proceed badly, the go between can be replaced and the negotiations can begin again with another party.