The Rise of the Acronym

Home » Translation Blog » The Rise of the Acronym 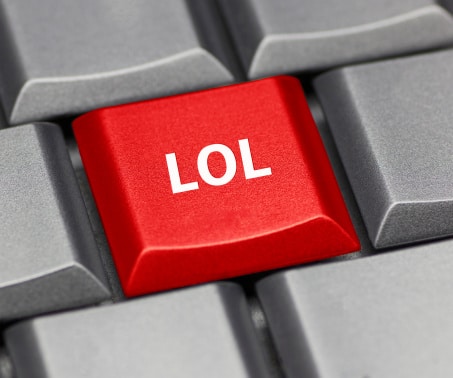 Acronyms play an important role in our daily lives – both at home and at work.

We encounter them more often that we might think, sometimes without even realising it, and this owes a lot to their dramatic rise since the early 20th century when literacy started to become more widespread.

Their primary purpose is to save time and space – reducing phrases to a collection of letters far easier and quicker to say and understand – but they have also turned into something of a fashion statement among the younger generation.

A large number of people point the finger of blame for the surge in popularity of acronyms at techies and teenagers, yet abbreviations have been around for centuries.

We know that the inscriptions on ancient coins are abbreviated, with IMP, for example, representing Imperator.

But acronyms were extremely rare until fairly recently, notably around the early 20th century, when widespread literacy meant they were exposed to a much wider audience.

The same goes for the dreaded initialism – similar to an acronym, but spoken as initials rather than a word.

The internet has certainly helped to fuel the rise of acronyms and initialisms. Some of the most common examples doing the rounds today have leapt to prominence thanks to popular communication methods such as email and text messaging.

Some acronyms are so established that they are now classed as ‘normal’ words, generally used without conscious awareness of their original full form. Examples include laser (light amplification by stimulated emission of radiation), radar (radio detection and ranging) and scuba (self-contained underwater breathing apparatus).

Below is a selection of acronyms and initialisms you will no doubt be familiar with as well.

ASAP (As Soon As Possible)

ASAP is up there with the widely used acronyms. It is regularly used in most walks of life, including the world of business and government, implying a sense of urgency, but also used when communicating with family and friends.

The term is originally military and dates back to World War One when abbreviations were being used frequently.

TGIF is widely used to express the joy one feels in knowing that the working week has officially ended and that they have two days off over the weekend to enjoy.

It is believed to have originated from the name given to a block of family friendly sitcoms aired on the ABC network in the United States every Friday evening between the late 1980s and the early 1990s.

TIA (Thanks In Advance)

TIA is mainly used in computer-based conversation such as instant messaging, email or text messaging, but it has also crept into letters and other forms of documents requesting help with something.

It originates from the internet and the need to save time when communicating with someone.

Confusing or ambiguous acronyms and initialisms

But acronyms do not always fill their purpose of saving time and space. In fact, they can sometimes be extremely confusing or ambiguous in their meaning – which goes against everything they are meant to stand for.

It is not uncommon for companies to assume that their target audience knows what they are talking about; when in reality the audience actually has no idea, rendering the acronyms useless and pointless.

Here are a few examples of some of the most confusing acronyms and initialisms out there.

LOL is widely used in electronic communication, like text messaging or instant messaging, to suggest amusement at something, or to make a sentence less serious.

The acronym is also used in daily speech when communicating with friends, predominately among the younger generation.

OMG is also common in text messaging, instant messaging and other forms of internet communication, and is generally used in conversations to convey surprise or repulsion at something.

Its origins come from online chat, yet it has now filtered into everyday speech as well, again among teenagers and young adults.

WYSIWYG (What You See Is What You Get)

WYSIWYG is a computer term denoting the representation of text on-screen in a form exactly corresponding to its appearance on a printout.

It was initially used in the early days of word processing software – and is today frequently used on the internet for special text editors that provide rich editing functionality.

The impact of social media

The shortening of words derives from the increasing use of social media and character limitations, such as the well-noted 140 character limit of Twitter. The way we speak is also having an effect on the English language.

To cram what we want to say into 140 characters can be challenging, hence the vast number of shortened words that now exist.

Adorable, for instance, can be shortened to “adorbs,” totally is now “totes” and even atrocious has its own “atrosh” – all of which are no longer just confined to sites like Twitter, having found their way into everyday spoken language.

Acronyms in the emerging markets

But it isn’t just social media leading the way when it comes to acronyms; global economy is also playing a big role.

The phrase ‘emerging markets’ encompasses so much of the world that it was almost inevitably someone would come along and group together countries that share common characteristics.

BRICs, for instance, which includes the likes of Brazil, Russia, India and China, are all deemed to be at a similar stage of newly advanced economic development. The four of them accounting for two-fifths of the world’s population and more than a quarter of global GDP.

MINT groups together Mexico, Indonesia, Nigeria and Turkey because of their large populations, good growth rates and favourable demographics, while at the other end of the spectrum are the debt-ridden southern European PIGS – Portugal, Italy, Greece and Spain – or PIIGS if you include Ireland.

There is the possibility that these acronyms could help draw the attention of investors, business people and officials to the respective groups. Just like with any acronym, however, they need to be clear in their meaning.

Some acronyms can also have more than one meaning, like RPG (Role Playing Game or Rocket Propelled Grenade) so it is important to distinguish between them at all times otherwise confusion can arise.

One thing is for sure, acronyms are here to stay!

However, you should ensure that people know what you’re talking about if you decide to use them. Otherwise, it could end in confusion or embarrassment.

For instance, David Cameron, the prime minister of Britain, faced embarrassment after details of intimate texts he exchanged with the former News International chief executive Rebekah Brooks emerged in 2012. Brooks, who is standing trial on charges of phone hacking and conspiracy to pervert the course of justice, told the Leveson inquiry that Cameron signed some of his missives to her “LOL” – until she told him it meant “Laugh Out Loud”, not “Lots Of Love” as he thought.

When should acronyms be used?

Businesses should use acronyms sparingly as the excessive use of acronyms, like jargon, can confuse and alienate customers. If your business operates in an environment with many acronyms in regular use – such as information technology – you should always attempt to explain what the acronyms stand for before using them. Similarly, acronyms should only be used for words or phrases that are repeated a number of times throughout your content.

Remember that acronyms used in text messaging and social media are rarely, if ever, appropriate for business or professional writing. Also, if you require your content to be translated into another language, then acronyms could cause further confusion for your translators and translation project management teams.