English and Chinese may be arguably the world’s most powerful languages, with major global powers behind them as well as considerable penetration into sciences and engineering, media, and music. English has for a long time been the language most studied around the world but the line up of other languages of study is ever-changing.

Historically it has been European languages that people around the world are most keen to learn, with French, Spanish, German, and Italian particularly prominent.

We’ve recently seen huge shifts in the volumes of people studying particular languages. When people around the world want to learn another language they are increasingly choosing Asian languages rather than European ones.

What is going on behind these shifts and what does it all mean?

The pandemic has changed everything

It’s surprising that a mere virus should have such a big influence on language. Coronavirus has affected the languages we speak and aspire to learn in a large number of ways. Many minority language-speaking children are staying home with their language communities rather than joining majority language populations in formal education.

Migrant workers are staying in their language communities rather than traveling huge distances to work in unfamiliar language environments. We’ve seen many endangered languages blighted by the loss of older speakers. There are pressures on language groups as never before, both positive and negative ones.

With global travel at a low ebb, our immediate motivation for language learning has been temporarily suspended.

Very few tourists are picking up a Cambodian phrasebook at the airport and there are relatively few wealthy retirees enjoying extended language learning holidays in Tuscany.

With the news that Japan’s Olympics will be closed to non-domestic spectators, sadly few are downloading apps that will help them pick up enough Japanese to get to the arena on time for the opening ceremony. Anyone currently learning a language for tourist reasons is probably planning well ahead! 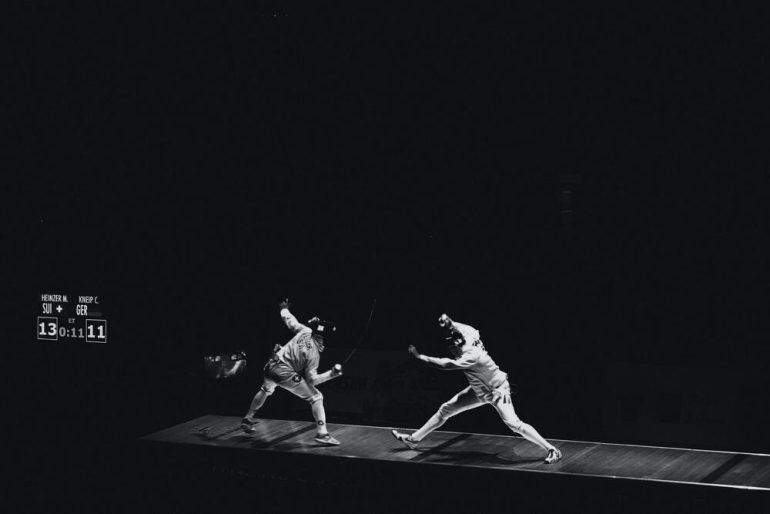 The Japan Olympics is still scheduled to continue this summer but will be closed to non-domestic spectators.

But some people have found coronavirus has given them the time they need to achieve a language ambition they always wanted to pursue. Language learning, perhaps counterintuitively, spiked during lockdown – that’s according to the BBC at least.

In the first UK lockdown in spring 2020 some language learning apps reported a 300% spike in downloads. Welsh has emerged as a particularly popular choice in the UK at least.

It may not seem an obvious choice to learn a language when the world is closed off to us. What’s being revealed is how many different motivations there are for language learning. For many, it was a mental escape. Others told Duolingo that they were learning languages such as Hindi and Japanese because of family ties, or for cultural curiosity.

For many people, the forced interval occasioned by the pandemic has delivered an opportunity to learn a language for no other reason than personal fulfillment.

READ MORE: Why Lockdown Could Prolong the Lives of Minority Languages

The Spanish-speaking community is increasingly influential and visible in the US and Latin America is seen as increasingly influential worldwide. It could be that for many people in the US there’s a practical need to speak Spanish domestically that has overridden the desire to speak French for travel. Spanish is also a popular choice for Australians to learn, perhaps because of increasing ties to Latin America.

Asian languages, traditionally seen as tricky to learn, are also increasing in popularity. Whilst China is ever more influential on the world stage, other Asian languages are emerging as more culturally influential. Whilst Japanese has always been a popular language to learn, it’s now one of the fastest-growing languages on Duolingo. It’s particularly popular in the West as well as in other Asian nations.

There’s recently been a surge in interest in Japanese from China, as well as from some African countries including Chad and Ethiopia.

We can probably attribute this sustained and growing interest to Japan’s cultural output and general fascination with its unique culture. Not to mention the Olympics piquing the interest of language learners from around the world.

What’s striking is that Chinese is now a more popular choice than Russian for language learners. That’s probably because the increasing global influence of China means it is seen as a more useful language to speak compared to Russian.

We already know that China is now becoming active in new parts of the world, such as Africa. Over 100 million learners are thought to be studying Chinese worldwide with interest from the UK, US, and India. It’s interesting to see a relatively new superpower overtake a more established one – in language terms at least.

Although Russia’s history and culture is no doubt still of interest, to many, China may simply be overtaking it in terms of cultural influence. Chinese tourists and businesses are increasingly mobile globally, and this may in part be fuelling the interest in the language.

It’s hard to gauge the cultural influence of an entire country but the number of people committing to invest in learning more about it via its language is surely a sign that it is exerting influence.

The rise of Welsh

A few news outlets have reported on the unexpected rise in interest in the Welsh language during these unprecedented times. The BBC claims that well over a million people have been learning the language worldwide during the lockdown. It’s been good news for the National Centre for Learning Welsh, which has seen unusually high demand for its free online classes.

The Open University has also seen many people sign up for its Welsh language studies. In fact, there have been reports of a shortage of Welsh language teachers since the pandemic began!

Welsh is a real success story among the world’s threatened languages. There’s been a revival in the language over recent years thanks to a strong focus of attention in Wales and political championing of the language. 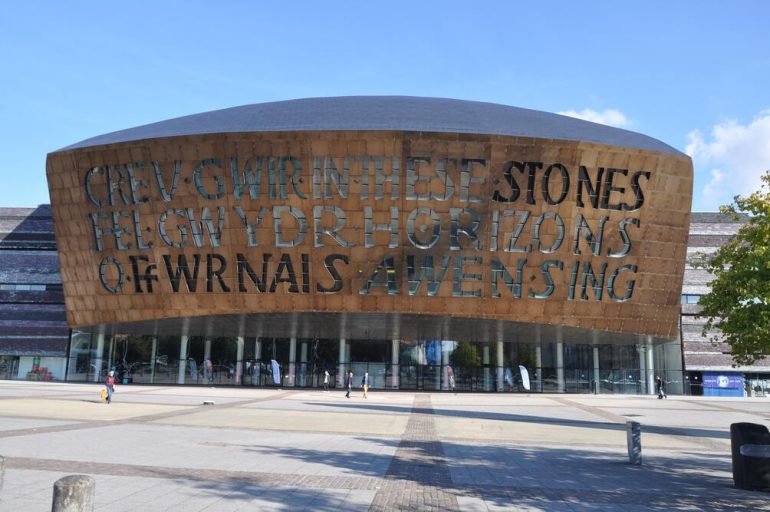 Will the unexpected interest in learning Welsh continue to rise once global lockdown measures ease?

Whilst some of the new lockdown learners are based in Wales itself and want to participate in the language in their immediate surroundings, others are from much further afield. There are pockets of Welsh speakers in Canada and Argentina because of historic immigration to those areas. In general, the highest level of interest in a native language tends to be within its own borders.

Irish (or Gaeilge) is another native language that may have been somewhat revived by the coronavirus and its changes. It’s one of the most popular languages for people in Ireland to learn. Following years of efforts to fight the decline of these native languages, the coronavirus may simply have caught people at the right time for them to want to use the time to finally get round to learning them.

The surge of Korean

Korean punches well above its weight in the global language charts. In the decade to 2016, the number of US university students taking Korean language courses nearly doubled – that’s according to the US Modern Language Association.

At a time when other languages were mostly in decline, that’s astonishing. Yet, with only around 77 million native speakers, why is Korean so popular worldwide?

The answer is that South Korea is a veritable cultural powerhouse on the world stage. With a huge output of music, TV drama, film, fashion, and beauty reaching audiences around the globe, Korean is a significant cultural force. It’s all part of a very deliberate government strategy to focus on culture as an export.

South Korea is certainly hugely influential in neighbouring Asian markets but this influence has more recently spread to the West. Breakthrough acts such as massively popular boy band BTS and some notable film successes, including the world’s first foreign-language film to win Best Picture at the Oscars, have helped drive interest in Korea and its language.

Like Japanese, the Korean language seems to be reaching new audiences thanks to interest in its cultural output. These audiences are often far away. Whilst Korea is a fairly popular language to learn in many Asian nations it’s clearly very much on the rise in the US.

It seems Korean and Japanese have joined the influential European languages of French and Spanish in reaching far-flung audiences through cultural appeal.

For many years before the pandemic, France was always the most visited country in the world. It’s striking that French is now overtaken by Spanish as the second most popular language to learn. It’s unclear whether this change was influenced by the drop in global tourism – were those numbers of French learners inflated by tourists trying to prepare for their holiday?

It’s interesting that Italian has also suddenly dropped in popularity among casual language learners. This may be because Italy has been badly affected by the Coronavirus, and was in fact one of the first countries outside China to see widespread transmission of the virus.

Like France, Italy is also a popular tourist destination and tourist travel has presumably been a major motivation for people looking to learn the language. This may be why we’re seeing this decline. It won’t have helped that Italy was one of the first tourist destinations to be cut off by the virus spread.

When global travel resumes it will be interesting to see if French and Italian reclaim their popularity among language learners. It’s hard to see the appeal of these destinations being affected long-term as their attractions will remain. Tourists will hopefully return soon.

It’s curious to see the lack of reciprocity among the different nations of the world when it comes to speaking each others’ languages. Very little language learning seems to be a true exchange, at least in most pairs of countries you can think of.

It’s the same in English-majority USA, where European languages are also popular along with Japanese.

This may tell us a lot about peoples’ aspirations. English is a useful global language for a number of reasons and can be used in a number of places. Those people that already speak it seem more focused on being able to go on holiday, or perhaps are drawn to the romance of a Romance language.

The coronavirus has disrupted a lot of different areas of life. It turns out that language learning is just one of these. Whilst some trends are likely to remain – the increased influence of Asian cultures such as Korea for example – others may prove more short term. Let’s see how the languages of popular tourist destinations fare among language learners once global travel resumes.