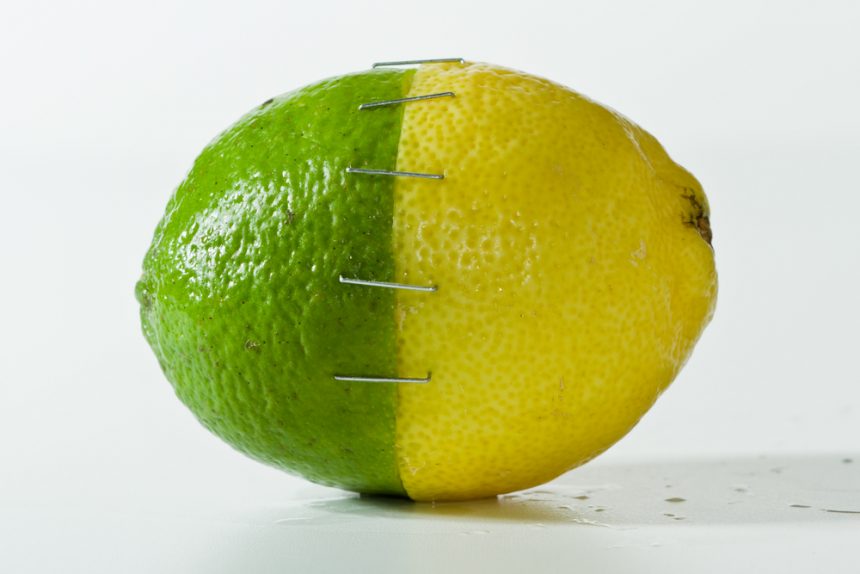 Globalization is responsible for some of the most terrifying food mash-ups in history, from cheese-flavor Kit Kats to seaweed donuts. But behind many of these monster creations lies the story of a brand seeking to find relevance in a local market.

Starbucks defied those who doubted it could sell bitter, overpriced coffee into China’s tea-drinking culture. It did this by adapting its menu to suit local tastes, such as offering red bean and green tea flavored frappuchinos (an approach echoed by McDonalds, who offer Matcha McFlurrys in Japan).

In China, Starbucks has capitalized on the local love of conspicuous consumption – Chinese consumers will keenly consume expensive beverages in public and economize on foodstuffs for private consumption – by offering a space in which to consume pricey Western drinks in public.

Starbucks didn’t try to impose the West’s take-away coffee culture into the Asian market. Instead, it was one of the few public spaces to consistently offer air conditioning during the nineties and by pushing dine-in comforts it became a regular place to meet business associates and friends.

In menu terms, part of the brand’s success comes from mixing exotic tastes with familiar ones. This allows customers just the right amount of novelty whilst remaining within their comfort zone.

Starbucks offers mooncakes in exotic Western flavors like cranberry and chocolate, as well as Asian ones like green tea and aduki bean. Not only does it add new flavors to a familiar foodstuff in order to suggest sophistication, the brand also understands how gift-giving is an important local custom and takes advantage of this by packaging the mooncakes appropriately.

Offering Starbucks mooncakes is a way to demonstrate sophistication whilst remaining within established buying habits.

With over 500+ stores in 48 cities , this fusion of the familiar and unfamiliar has worked well for the coffee chain in the region, although the coffee jelly frappuchino may alarm its domestic audience back in the States.

What other weird and wonderful food items have been borne out of this quest for local relevance? We’ve scoured international menus to find out some more examples.

Hipster culture has a lot to answer for. Not only is it responsible for ironic facial hair, impractical bikes and a tedious desire to drink everything out of a jam jar, it’s also spawned some truly hideous food mash-ups.

These include the notorious cronut, the kimchi taco and now the ramen burger. This consists of ramen noodles (already a hipster staple) fashioned into a patty shape, enclosing a beef burger.

If you’re curious to try one – good luck. The ramen burger ticks two major hipster food item boxes: it’s sold out of a food truck and there’s a long queue to try one. Only cool people know when and where it’s available (clue: follow the food truck on Instagram).

Offered by McDonalds in many Asian markets, including Singapore, the seaweed shaker fries come with a packet of seasoning on the side so customers can adjust the flavor to their own taste.

In Asian markets, the US snack chain Dunkin’ Donuts offers a menu tailored to local tastes. Whilst in the caffeine-addicted States the chain is more focused on offering coffee, in Taiwan the focus is more on the donut side of the business. Here the menu items tend to be less sweet than in the US home market and incorporate popular local flavors such as pineapple or sweet potato.

The chain has big plans to expand in China, where it aims to open 1,500 outlets to offer menu items such as the glutinous rice donut and the dried pork and seaweed donut. The chain has a habit of tailoring the menu to local markets: in Thailand it offers a donut topped with chilli paste and dried chicken; in Indonesia you can try a black cheese topped donut, which seems to involve charcoal.

This bright green concoction has something of a cult following in the markets where it is sold. McDonalds unleashes this creamy mint milkshake on a bemused public for only a few weeks each year, around St Patrick’s day. If you’re visiting the US, Canada or Ireland in March this year you could be lucky enough to try one.

If you’re not blessed with access to the real deal, you can try recreating this emerald monstrosity in your own home by blending the following ingredients:

No that isn’t a obscene euphemism. Spam is considered quite the delicacy in many parts of the world. In Korea it’s commonly given as a gift, and Hawaii gets through 7 million cans a year. It’s also popular in Japan, where Burger King recently launched a Spam and cheese burger aimed specifically at women. Spam aside, the ingredients sounds like fairly predictable fast food fare of pickles, mayo and a token leaf of lettuce on a bun.

Mayonnaise was first introduced to Japan in 1925, albeit in a recipe slightly adapted from Western versions. Japanese-style mayonnaise tends to be richer than in the West, as it is usually made from only the yolk of egg rather than the whole egg. Japanese consumers are used to a slightly sweeter mayonnaise flavored with apple vinegar and often containing MSG. The sauce pairs well with traditional dishes based on rice, as well as an accompaniment to sake, and on Japanese-style omelette (okonomiyaki).But some may think that mayonnaise ice cream is taking things a bit too far.

Mayonnaise was actually introduced to Japan early last century by a young Japanese man who’d spent time in the States, and thought the rich eggy sauce would help build up his fellow countrymen until they were as brawny as the Americans he’d seen.

Japanese consumers are known for their love of novelty, and Kit Kat has offered an astonishing 80 flavors of the chocolate wafer snack in this market. Other additions to the Kit Kat lexicon include lemon vinegar flavor, cucumber flavor and baked potato flavor. Some of these are offered as ‘limited editions’, although it’s hard to believe there would be much of a run on flavors such as Camembert cheese, purple sweet potato, or soy sauce. We’re more tempted by wine flavor Kit Kats, or perhaps the cheesecake.

Aiming for a dash of self-awareness, we’ve included an item from the UK’s own Wagamama food chain in this list. Wagamama is a popular noodle joint in Britain and did much to pioneer Asian food in the nineties.

Sadly some of its bastardized Asian food items adapted for Western palates don’t come off well for those who’ve tried the real thing. The chain’s version of Okonomiyakia (Japanese omelette) has been described as a ‘horribly inept bastardisation’ by one critic.