Are Women Really the Key Innovators of Language Change? 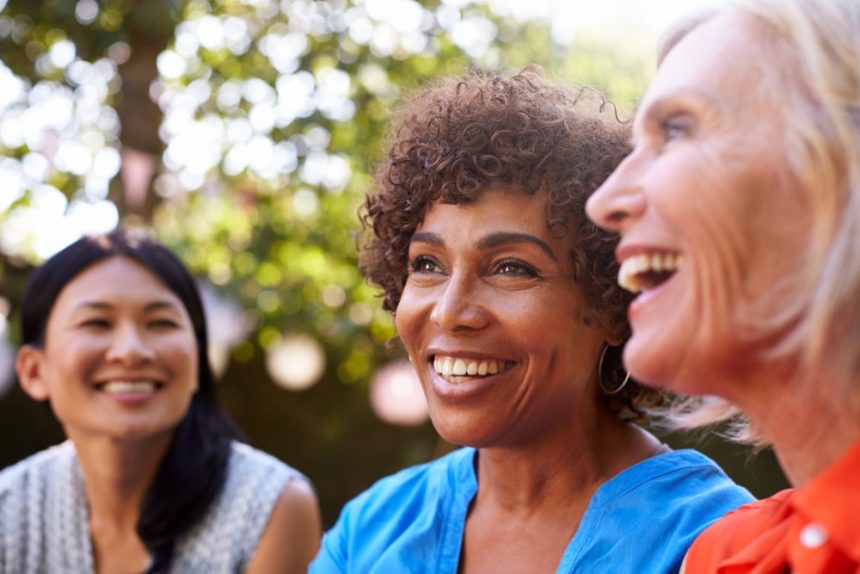 One theory of linguistics considers marginalized groups to be the key drivers of language innovation. There are many examples of immigrant populations having a lasting influence on the language of the settled population of the UK.

When the Huguenots came to London’s East End in the 18th century they were essentially refugees and a highly marginalized group of language outsiders. Yet their language influence persists in 21st-century cockney speech. Irish immigrant influence can be heard the Scouse accent.

Subcultures don’t only influence native populations. Black musical subcultures from the US have been highly influential on the English that’s spoken worldwide. Words such as ‘hot’, ‘hip’ and ‘cool’ spread from marginalised African-American populations in pre-Civil Rights Movement America to influence modern British English in a way that’s persisted to this day.

Linguist Gretchen McCulloch argues that another marginalized group is one of the most important language innovators of all time: teenage girls. She points out that they’ve been highly influential on matters of pronunciation, such as leading changes in vowel sounds in the cities around the US Great Lakes and the “ch” sound in Panama.

In bilingual communities, they seem to be extremely important in determining the direction of language choice. That’s according to research by Susan Gal, who found that “young women are more advanced or further along in the direction of the linguistic change than older people and young men”.

Women’s influence on language seems to be historic. Researchers who examined thousands of female-authored letters written between 1417 and 1681 found that women seemed to change their way of writing much faster than their male contemporaries, a trend that will have influenced the transmission of new language ideas and hastened the decline of old ones.

What’s interesting is that for this period women were generally denied formal education, so their language adaptations were not coming via this channel. Male language innovations for the same period seemed to be coming from their access to education.

A 2009 study suggested that men lag women by around a generation when it comes to language. Uptalk, the tendency for the tone to rise as the end of a sentence as if it’s a question, emerged in California’s San Fernando Valley girls in the 1970’s and is now in use by young men.

One theory is that this is because men learn language from their mothers, whilst women continue to pick up new language trends from other women throughout their lives. Assuming that the modern trend towards men sharing parenting responsibilities grows, it will be interesting to see how this affects language transmission across the generations.

Why is it that women are influential when it comes to language change? There are several explanations posited. One is that women have bigger social networks, or that they simply maintain them better. Or perhaps women have some kind of neurobiological advantage when it comes to adapting languages throughout their lives.

As women have traditionally been the caregivers for young children, it’s also that they’ve had more opportunity to pass on language innovations to future generations.

Muted group theory suggests that women, as a group that’s historically been socially subordinate, are obliged to adapt their method of speaking to the language of the dominant group (ie men).

It rests on the idea that the language system in use is made and supported by the dominant group, which has the effect of muting the subordinate group.

This suggests that women are speaking in translation from their own language, forced to articulate their ideas in a language that’s constructed for a male-dominated society. Perhaps that’s why women are more likely to innovate with language – because the prevailing language canon doesn’t fit their needs for self-expression.

This certainly fits the ideas behind muted group theory. The dominant group defends its language against innovations by penalizing those that try to adapt accepted norms of language.

Vocal fry is particularly interesting in this context. It’s a low speaking raspy register that’s favored by Millennial vloggers and the Kardashians and generally hated by baby boomers. It’s in use by men, but generally only criticised when used by young women. Vocal fry seems to be associated with the speaker seeking greater authority.

Speaking with a deeper voice is almost universally seen as being associated with greater power and authority, so it would make sense for women to employ these techniques to negotiate a more credible position in society.

There’s evidence that women in modern Australia speak at a lower pitch compared to in the mid-1940’s, which corresponds to a period in which their social and economic significance improved.

Whether they are penalized for their language innovation or not, the theory that women are the vanguard of language change is now broadly accepted by linguists. Many pieces of research also seem to indicate teenage girls may be some of the most influential of all.