Of course the legal world covers many disciplines and it is not the case that any French legal translator will have the breadth of knowledge to know all the terms of art in for every field of law. Therefore it is important that we understand the context and are then able to allocate the work to someone with appropriate experience.

We are able to offer certified and notarized French translations. Our industry credentials and association memberships allow us to issue stamped letters of authenticity. However, certain situations also require involving a notary. It is important to check the level of authentication, if any, required in order that we can provide the appropriate French legal translation service.

French one of the Romance languages and is spoken as a first language in France, Wallonia and Brussels in Belgium, the Romandy region in Switzerland, Monaco, the Acadiana region of the U.S. state of Louisiana, the provinces of Quebec, Ontario and New Brunswick (Acadia region) in Canada, the northern parts of the U.S. states of New Hampshire, Maine, and Vermont in the New England region, and by numerous communities elsewhere. Other speakers of French, who speak it as a second language, are found all over the world, but the largest numbers will generally be found in French speaking Africa. In Africa, French is commonly found in Gabon which reports 80% fluency, followed by Mauritius with 78%, Algeria which has 75% and Côte d’Ivoire and Senegal both have70% fluency. Estimations suggest French has 110 million native speakers and 190 million second language speakers.

The French language descends from the Italic spoken Latin language that was used in the Roman Empire, the same as languages such as Portuguese, Italian, Romanian, Spanish, Lombard, Catalan, Sardinian and Sicilian. Its relatives in terms of similarity are the other languages that have been spoken in history in northern France and Belgium or the “langues d’oïl”, which French has largely replaced. French has also been influenced by the Celtic language used in Roman Gaul and by (Germanic) Frankish used by post-Roman invaders. In the present day, and mainly owing to France’s overseas empire, there are numerous languages that are French-based creole including Haitian.

The French language is official in 29 different countries, most of which form la francophonie, also known as the community of French-speaking countries. It is also one of the official languages of the United Nations agencies as well as a large number of recognized and respected international organizations.

77 million people in Europe speak French natively according to France’s Ministry of Foreign and European Affairs statistics. Overseas, the most French speakers are found in Canada where it is25% of the population, mostly situated in Quebec, Belgium where 45% of the population speak French, Switzerland with 20% of its population and the small country of Luxembourg. The Ministry’s statistics also identified French as the second most spoken language in Europe In 2013, behind German and in front of English. 23% of non-Francophone Europeans will have some competency in how to speak French, making the total around 145.6 million people in Europe. As a result of France and Belgium’s extensive colonial ambitions between the 1700s and the turn of the 19th century, French was seeded in its colonies in Africa, Polynesia, the Americas, Southeast Asia, the Levant and the Caribbean.

A demographic projection led by the Réseau Démographie and the de l’Agence universitaire de la francophonie Université Laval, There will be approximately 500 million people speaking French by 2025 and a further 650 million people (or approximately 7%) of the entire world’s population by 2050. Other Estimates carried out in 2013 have suggested that French speakers will reach 1 billion by 2060.

French is one of the Romance languages, meaning that it has its roots primarily in Vulgar Latin, a language that evolved from the Gallo-Romance dialects that were spoken in the north of the country.

From the beginning of the 17th century to around the 1950s French was the most important language of diplomacy and international relations. English has now taken over the role that French used to hold as after the Second World War the USA became a dominant world power. Proof of this was that The Treaty of Versailles was also written in English as well as French.

French shares several features of its grammar with most of the other Romance languages, including  possessing only two grammatical genders, it has the development of grammatical articles from Latin demonstratives, the loss of Latin’s declensions and new tenses formed from auxiliaries

Over the years, French declarative word has developed into subject–verb–object order, but if the object word is a pronoun, it will generally precede the verb. Some types of sentences in the language do allow for or happen to require other word orders, inversion of the verb and subject like “Parlez-vous français ?” when posing a question when normal structure would be “Vous parlez français ?” Although both questions essentially mean the same thing but a rising inflection is always used on both of them.

As mentioned before, French has remained an extremely important diplomatic language, with it being one of the working languages of NATO, the UN Secretariat, a large part of the Council of Europe, the International Olympic Committee who run the Olympic games, the International Court of Justice, the Organization of American States, as well as the Organization for Economic Co-operation and Development European Commission, World Trade Organization, the Eurovision Song Contest, the European Space Agency and the North American Free Trade Agreement. It is also a language used in not for profit organizations such as the Red Cross, Médecins sans Frontières, which do so much good work, Médecins du Monde or Amnesty International. 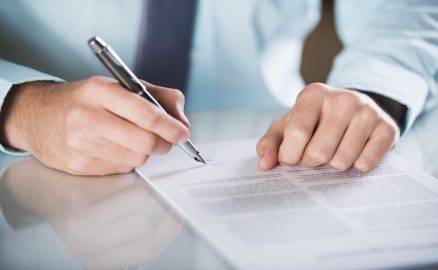