Of course the legal world covers many disciplines and it is not the case that any Portuguese legal translator will have the breadth of knowledge to know all the terms of art in for every field of law. Therefore it is important that we understand the context and are then able to allocate the work to someone with appropriate experience.

We are able to offer certified and notarized Portuguese translations. Our industry credentials and association memberships allow us to issue stamped letters of authenticity. However, certain situations also require involving a notary. It is important to check the level of authentication, if any, required in order that we can provide the appropriate Portuguese legal translation service.

Portuguese is one of the Romance languages and the sole language that is official in Portugal, Mozambique, Brazil, Angola, Cape Verde, Guinea-Bissau and the small nations of Príncipe and São Tomé. It also benefits from co-official language status in East Timor and Macau. The expansion that occurred during colonial times has meant that Portuguese speakers are found as far afield as Goa, Malacca in Malaysia and in Daman and Diu in India

Portuguese makes up part of the Ibero-Romance group that was formed from dialects of colloquial Latin used in the Kingdom of Galicia in the medieval age. With an estimated 210 to 215 million native speakers and 240 million total speakers, Portuguese is commonly listed as the seventh most spoken language in the world, or the sixth, depending on the estimated number of Bengali native speakers, the European language that is the third most spoken and also the major language used in the Southern Hemisphere. It is also the most spoken language in countries like Brazil and is the most spoken in South America and is the second most spoken in the Latin American region, behind Castilian.

Portuguese is the majority language Portugal, Brazil and São Tomé and Príncipe. The language is quickly becoming the predominant language of Angola in Africa.

In some parts of the former Portuguese India i.e. Daman and Diu, Goa the language is still spoken.

Estimates from UNESCO suggest that Portuguese and Spanish are the fastest-growing European languages after English and the language has the highest potential for growth as an international language in southern Africa and South America. According to newspaper The Portugal News using data from UNESCO, The Portuguese-speaking African countries are expected to have a combined population of 83 million by 2050. In total Portuguese-speaking countries are estimated to have about 400 million people by the same year.

When Brazil joined the economic community of Mercosul in 1991 with other South American nations such as Paraguay, Argentina and Uruguay there has been increasing interest in the study of the spread of Portuguese in these South American countries.

After Macau was ceded to China and immigration to Japan from Brazil slowed down early in the 21st century, the use of Portuguese was declining in Asia, but now it is once again becoming a viable language to learn there again. This increased opportunity is thanks largely to the increased diplomatic and financial ties with Portuguese-speaking countries in China as well some interest in their cultures, mainly Koreans and Japanese wanting to learn about Brazil.

Despite the grammatical and lexical similarities between it and the other Romance languages i.e. Italian, French, Portuguese it is not mutually intelligible with them, apart from Galician-Portuguese descendants like Spanish and Mirandese. Portuguese speakers will usually need to formally study basic vocabulary and grammar before being able to attain a reasonable level of comprehension in the other Romance languages, and vice versa.

Portuguese has a much larger phonemic inventory than its counterpart Spanish, and the way it is set up in its dialect-varying system of allophony makes it even more different. Many think that could explain why it is not that understandable to Spanish speakers even taking into account the strong lexical similarity between the two languages; Portuguese speakers have a higher degree of understanding of Spanish than Spanish speakers have of Portuguese. 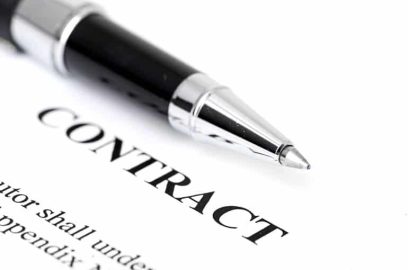