As an agency, we are very well setup for financial translations:

Accounting standards vary from country to country. It is very important that key terms are translated appropriately and not mere transcribed. Therefore it is critical that the work is translated by native Japanese people with the appropriate knowledge and experience.

We are able to translate annual reports and all kinds of financial statements, prospectuses and other materials from Japanese. Call us to find out more.

The language of Japan is an East Asian one that is spoken by somewhere around 125 million speakers, mainly in Japan, where it is the official national language. It is a part of and a member of the Japonic language family, which is linked to other language groups such as Korean and some think the Altaic language family although that is hotly debated.

Not much is known about the language’s early history, or even when it first appeared in Japan. Chinese documents from the third century did manage to record a few Japanese words, but nothing sizable appeared until the eighth century. During the Heian time-period from 794 to1185, Chinese had a noteworthy influence on the phonology and vocabulary of Old Japanese. The Late Middle Japanese that was used between 1185 and 1600 saw variations in some of its features when it began to edge closer to the type of language it is now, as well the arrival of European loanwords. The standard part of the dialect moved to the Edo region from the Kansai region in the Early Modern Japanese period in the early 17th century until the mid-19th century. At the end of Japan’s self-imposed isolation in 1853, loanwords from various European languages that came into Japanese increased markedly. English loanwords particularly became recurrent, and the amounts of Japanese words that have English roots have increased.

Japanese is commonly known as a mora-timed, agglutinative language with comparatively simple phonotactics, phonemic vowel and consonant length, a pure vowel system, and lexically, a noteworthy pitch-accent. Word order in the language is typically subject–object–verb with particles that mark the grammatical occupation of the words, and sentence construction is laid out in a topic–comment format. Sentence-final particles get used in an attempt to add emphatic or expressive impact, or to make questions. In the Japanese language nouns have no grammatical gender or number, and there are no articles. Verbs are conjugated (modified from its basic form), primarily for voice and tense, but not for person. The counterparts of adjectives are also conjugated. The language has a multifaceted system of honorifics with vocabulary and verb forms to designate the status of the speaker, the listener, and people mentioned.

The language has no type of ancestral relationship with Chinese, but it makes common use of its characters, or kanji in writing, and a large part of its terminology is copied from Chinese. Along with kanji, Japanese uses two types of syllabic, or moraic, scripts, katakana and hiragana. Latin script is used up until a point, in imported acronyms being one example, and in numeracy it is mostly Arabic numerals, alongside traditional Chinese ones. Japanese was not widely studied by non-Japanese until the Japanese economic bubble that started in the 1980s.

In the past, ordinary Japanese in writing, called: literary language, wasn’t the same as colloquial language. The two have divergent rules of grammar and some incongruity in vocabulary. Bungo was the main way of writing until around 1900; since then kōgo slowly stretched its influence and the two types were utilised in writing up until the 1940s. Bungo still holds some importance for literary scholars, historians, and lawyers (thanks to numerous laws that survived World War II that are still written in bungo, even though there are permanent efforts to make their language modern). Kōgo is the foremost method of both writing and talking Japanese in the present day, although bungo vocabulary and grammar are infrequently used for effect.

Universities across the globe do Japanese language courses, and secondary and many primary schools across the world offer courses as well. This is remarkable considering that before the Second World War, only 65 Americans that were not of Japanese descent were able to accomplish reading, writing as well as understanding Japanese.

For native talkers of English, Japanese language has continually been one of the trickiest languages to learn, largely due to its writing system.

Interest worldwide in the language dates back to the 19th century but has become progressively prevalent following economic growth as well as the global admiration of Japanese popular culture such as Pokemon and anime cartoons. Nearly four million people studied in Japanese globally in 2012: more than 1 million Chinese people, up to 872,000 Indonesians and around 840,000 South Koreans studied it in higher and lower educational institutes. Over the last three years China increased by 26.5% and Indonesia increased by 21.8%, but South Korea experienced a drop of 12.8%. 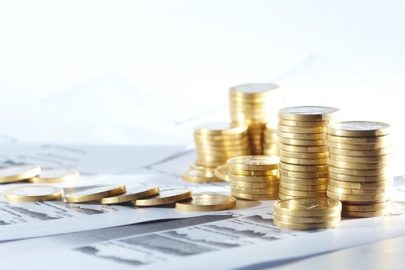 How Good Localization Can Help FinTech Scale and Succeed